Has anyone read the Brene Brown book Daring Greatly?  Its on my list and I continue to hear good things about it. 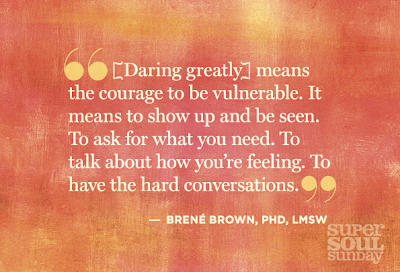 The best way to start any infusion day... 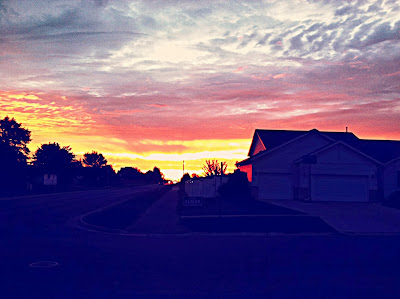 I have a selfie of almost every infusion I have had- some day I'll have to track them all down and collage them or something. 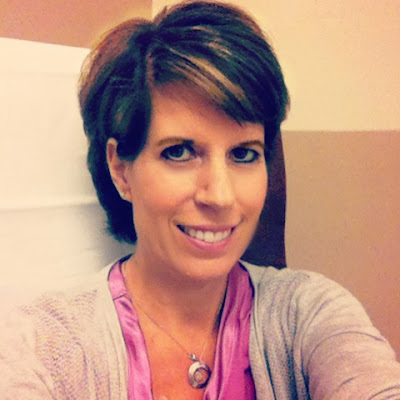 I go to my appointment alone again on Tuesday.

Dr. Panwalkar was late.  He walked in and apologized saying "I was reading."

"Oh," I say, waiting for him to continue.

But he first wants to pull up my brain scans and go over them.

He tries to get side by side images of my most recent brain mri, with the one from 3 months ago just prior to treatment.  Its slow going loading them on the computer and he has to make a lot of adjustments on each one to get them close to the same "slice" so we're comparing similar views.

Eventually we ascertain, that indeed, 2 of the most recent spots have shrunk, while the oldest spot in the side of my head looks stable.  The bigger question is, is it stable cancer?  Or is it necrosis- meaning dead/dying cancer or tissue.  That can only be ascertained with a biopsy which is no small feat, and when he says "So we'll watch and see," I am fine with that conclusion.

Next he tells me he has been reading about another oral pill I could possibly take, that helps make my cancer cells more likely to respond to hormonal treatments like Tamoxifen.  Dr. Foster in radiation has suggested I go off of Tykerb while I am doing radiation.  So Dr. Panwalkar is researching other possible treatments.

What I don't tell him, is that I personally know one of those women who did have the very serious side effect and spent months in the hospital trying to recover.

I am not her, and there is very little likelihood I would experience the drug like her.  But I am still numbed with the thoughts of how precarious the next few weeks and months may be for me.

Yet. I know I am at a crossroads.  If I am going to have an "aggressive" radiation treatment, than we need to find a tolerable chemo for me to do, and there aren't many options for those that I haven't already done.

Dr. Panwalkar then asks me to refresh him on how many radiation treatments I will have?  15 for the lymph node, and 5 for the lungs, I reply.

5? He says, somewhat incredulously.  And then his hearty laugh escapes and he says wow, he is really going to obliterate those tumors!

We proceed with a quick physical exam and everything appears fine.

Once again- I came into the appointment with my list of questions about Tykerb side effects and what to do. But it all took a back seat in the bigger picture.  Quite possibly, I will only be doing one more dose of Tykerb anyway, and somehow that makes it a little more bearable all the way around. In the meantime, he goes along with my suggestion of adjusting my Tykerb dose down for a day or two when I do describe the nature of my side effects.

We conclude our visit and I ask him about the women's health conference he and I have been asked to present at.

Gulp- hello showing up and being seen.  Hello Embrace. (And going way outside my comfort zone.) Gulp-gulp.

He tells me a brief description of what he is presenting on.

I tell him I just wanted an idea, because I will be going before him, and introducing him.

We are out in the hallway now and he laughs and says, Yes, that is what Shelby told me.  Just please, go easy on me!

Its my eyes that go big now!  What?  I say incredulously.  (How could I have anything but good to say about this doctor?)

But I think he is teasing me.  He reaches his arm around my shoulder and squeezes me, uttering a quick goodbye, before he hurries off around the corner.