Our weekend got off to a wee bit of a teeth-clenching, white knuckle driving, car-sliding start.  Uff da!  The snow had started to blow by the time we left town on Friday and visibility was reduced because of it.  Plus the roads became slippery and combined with the cold and the wind and the snow- hazardous sums it up well.  We counted... 15... no exaggeration... 15 cars that either slid off the road into the ditch or were in an accident with another car.  We thankfully only saw one ambulance.  But there was a trail of some severely wrecked cars!

We took it slow and it made for a long and tedious drive, but we made it to the cities fine. 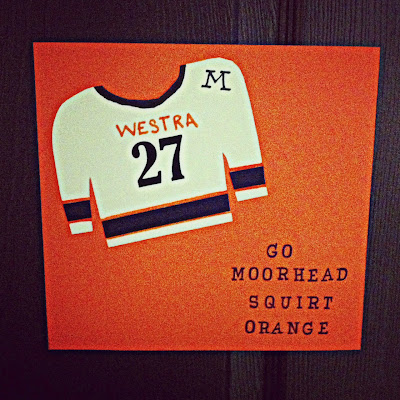 And here is where I'd love to tell you what an awesome weekend of hockey we had... but we didn't really fare very well at all.  I think its safe to say we had a lot of fun, and memories were made- just maybe not on the ice-unless you want to talk about how cold it was.  I've been to some cold rinks- including our own North rink.  But that rink was the coldest I've ever experienced and none of us will soon forget.

We decided to stock up on some groceries instead of eating out and loved finding this Trader Joe's.  I have always wanted to go and could have been lost in there for hours.  Loved the organic and natural food choices! Colton was even adventurous and ate an apple-pear.  He loved it and now we will try to find them here. 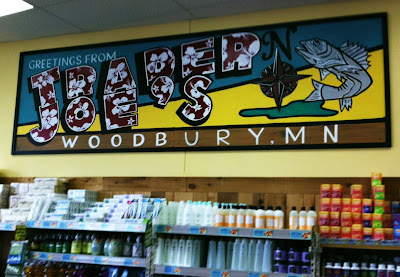 I had hoped for more photos, but it was literally too cold for me to want to try.  Gigi even had to put on her parka and bundled up in an extra blanket to go inside the rink to watch.  Did you notice Gigi's orange/pink nails and hockey stick collar?  She may have been our biggest (um, littlest?) fan! 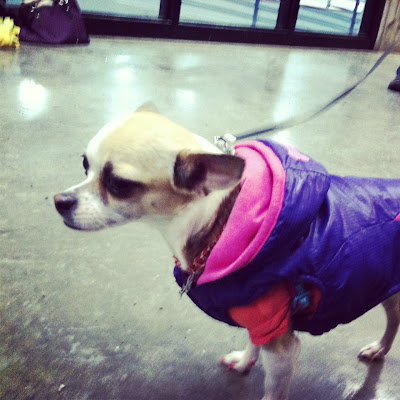 Infusion tomorrow- and hopefully news of a treatment plan for my arm.