This little man was so brave yesterday.  It seems we've underestimated the amount his birth defect bothers him.  It is easy for us to overlook.  Nothing is visible on the outside.  But the place where there should be a hole- an opening between his nose and the back of his throat?  Is closed.  On the day the opening should have been made in utero, it didn't happen for whatever the reason.  Its called choanal atresia and its fairly rare.

It made for a harrowing delivery, as he came out tinged blue and requiring oxygen and the NICU until they determined what was wrong.  As an infant it meant for many sleep deprived nights as I faithfully suctioned his nose, clearing the thick mucous so he could breathe and sustain his sleep.  We were told surgery would fix the problem, but it wasn't always successful at a young age- the hole had a tendency to go closed again because the aperture was so tiny to begin with.

So we've waited.  And grown used to repositioning Colton when he snorts and snores tries to catch his breath at night.  We all sleep pretty lightly it seems.  But we've just always been used to it.

This year however, at his yearly physical Colton piped up to his doctor.  He told him foods don't taste good, and he feels tired all the time.  His weight puts him in the 25th percentile which means he is very thin and lean. So my heart skipped a beat or two as he calmly asked if could please have surgery and fix his nose.

Yesterday, we took Colton to an Otolaryngologist (Ear, Nose and Throat doctor), who specializes in pediatric cases.  I assumed he would want to do a scan of some kind.  I was unprepared for him to want to "scope" Colton's nose.  But Colton sat dwarfed in that big blue chair, his eyes wide, his feet dangling, and sat very still letting the doctor spray lidocaine up his nose to numb him, then inserting the scope up his nose to take a look.  *Shudder*  It looked so uncomfortable. What I wouldn't have done to climb in that chair and do it for him.

We will do a CT scan on Tuesday to determine the best route to get into the nasal cavity- through the nose, or through the palate in the mouth.  The first route makes for a less invasive surgery, but not always a successful outcome.  The second route is more invasive, but the outcome is generally more successful.  Because of the rarity of the deformity, surgeons only encounter a handful of cases throughout their careers.

We pray we are being guided into making the best possible decisions for our Colton.  He has such big hopes that he food will taste better, and that he will sleep deeper without waking as often.  He apparently even thinks his feet will become faster so he can improve his time in the mile run!  Ha- gosh we love that kid!  Will keep everyone posted as this new journey unfolds before us. 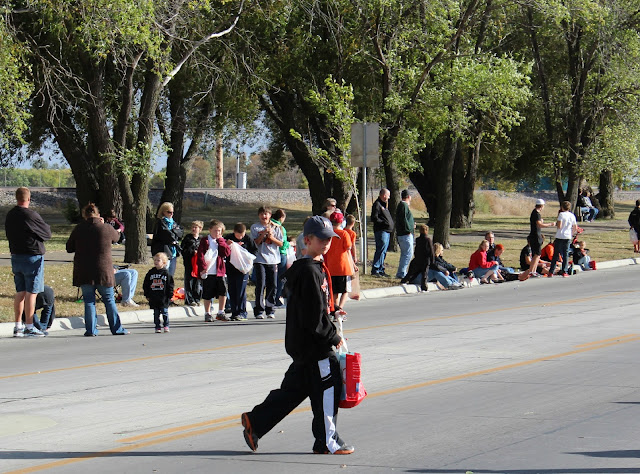 We capped our big day with Moorhead High's Homecoming parade. We donned our orange and black and headed over, Colton rebounding fairly quickly and wanting to go. The weather was sunny at moments, but laced with gusts of winds and overcast clouds that made it instantly feel chilly and cold.  As former Spuds, Rick and I always delight in bringing our Mini- Spuds to Moorhead High activities.

Rick grabbed the camera from me and took all these photos while I sat chatting on the sidelines... I think the camera is a hit.  I'm excited to take some fall photos but I am going to have to hurry- it seems fall has descended rapidly upon us and the leaves are blowing off the trees before they've fully changed colors... brr... 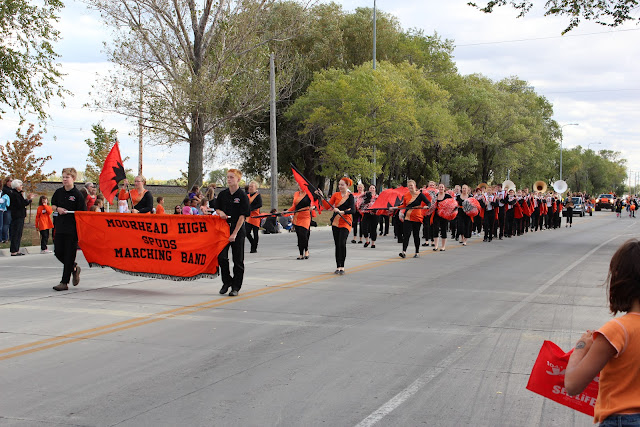 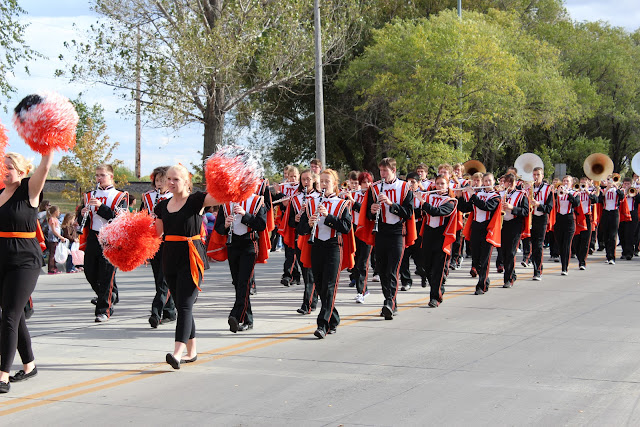 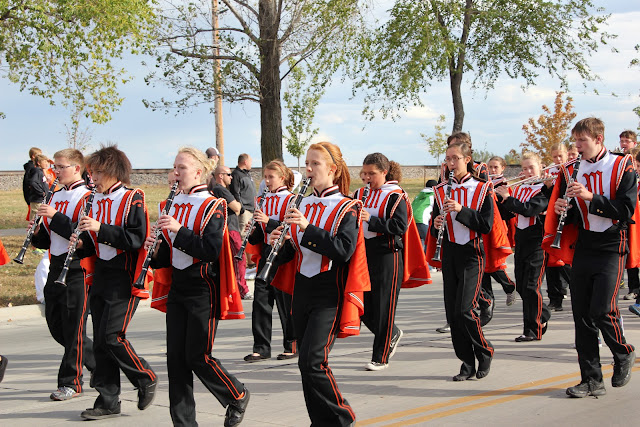 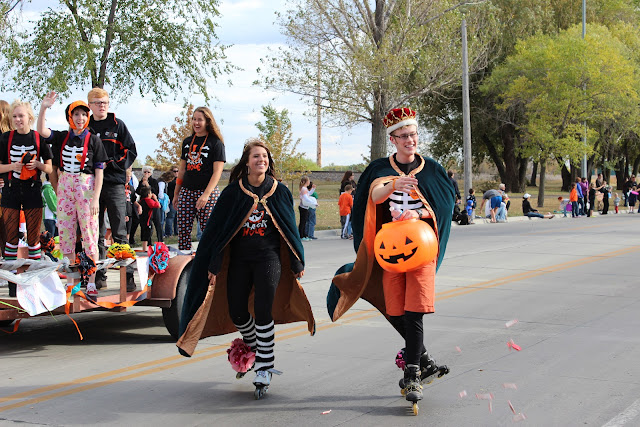 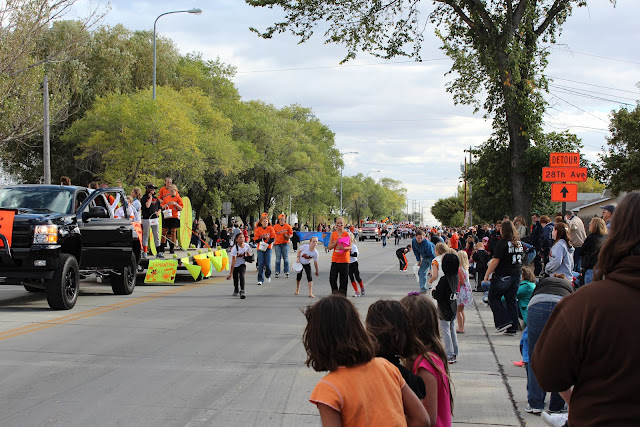 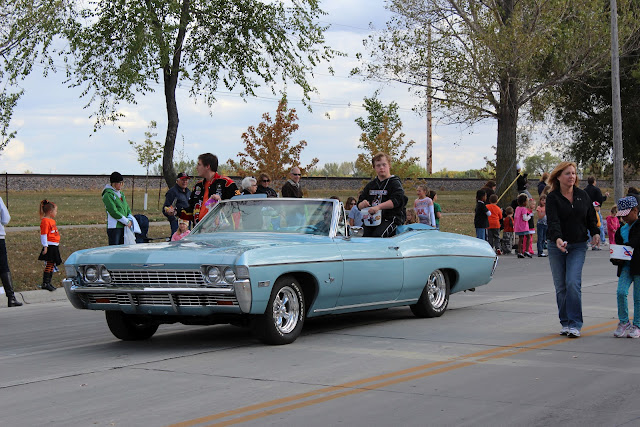 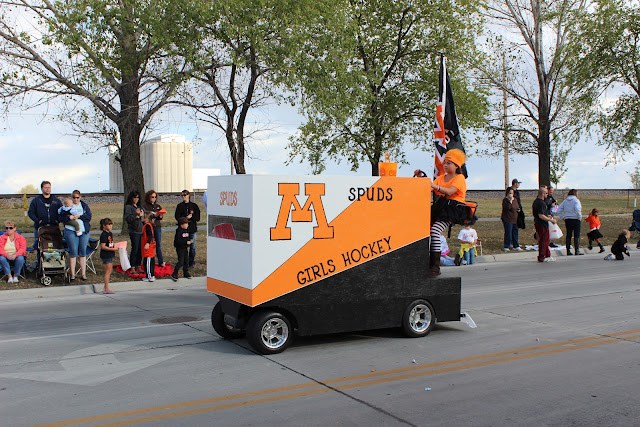 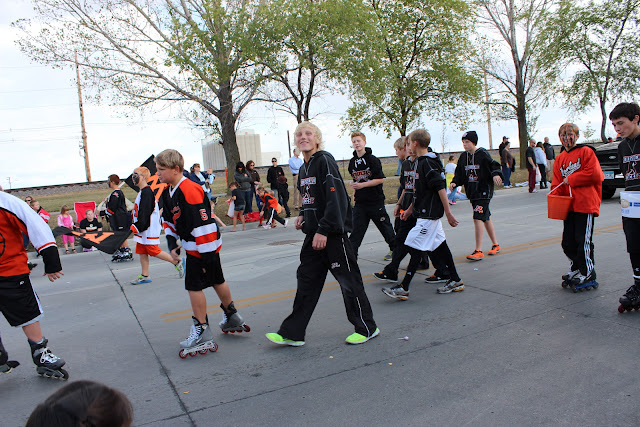 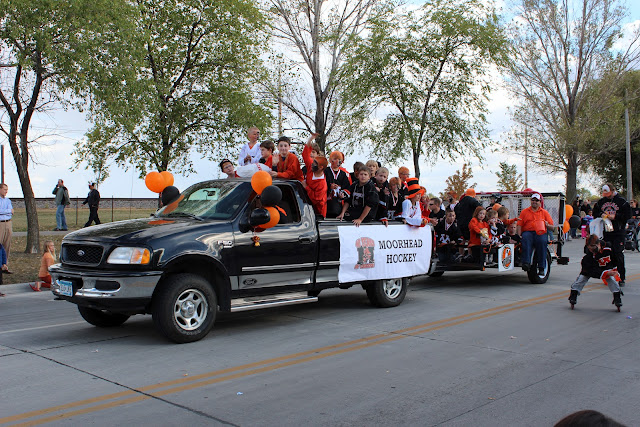 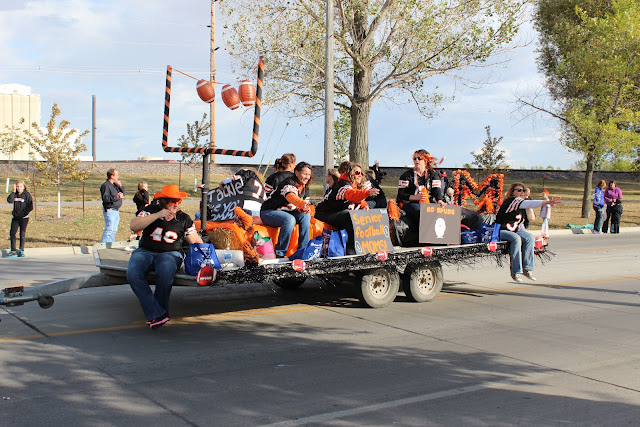 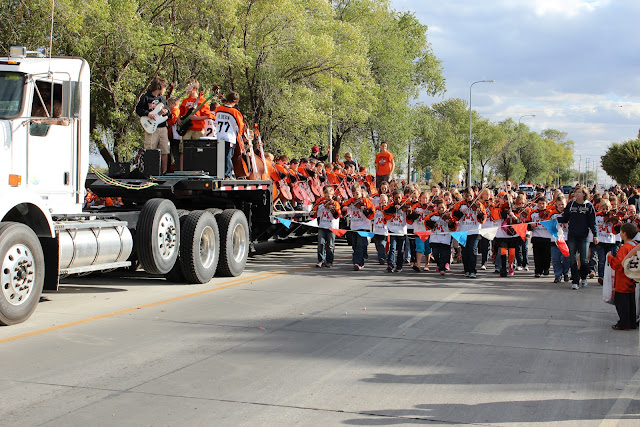 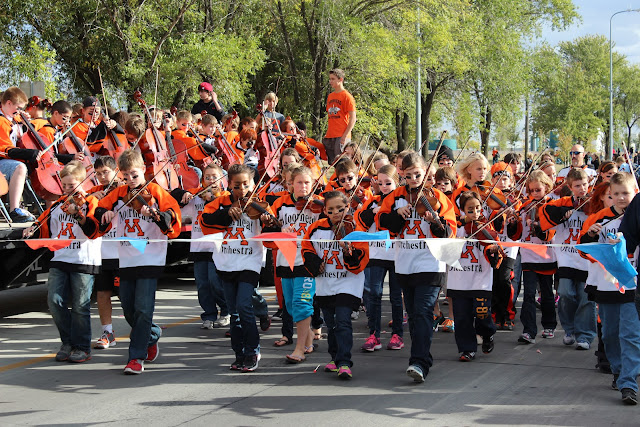 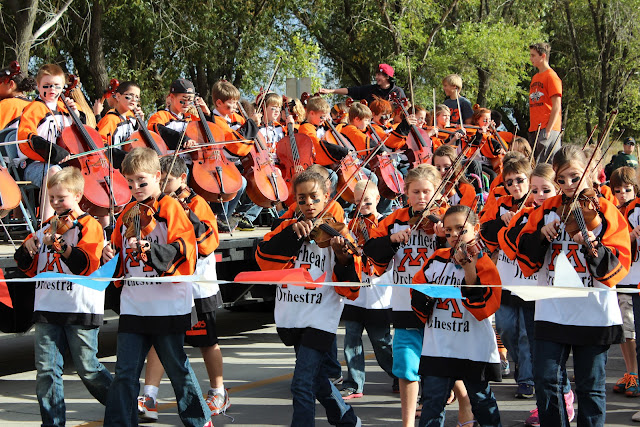 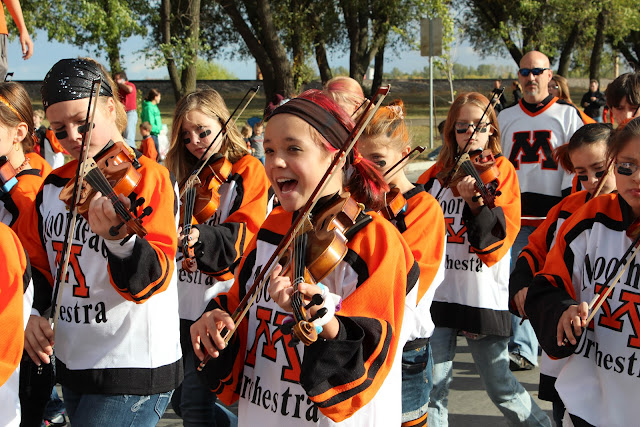 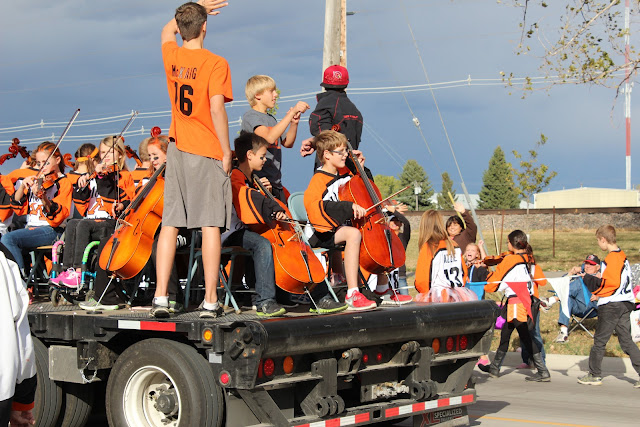