When you are hosting a hockey tournament for 14 teams plus two of your own teams, the planning starts long before the weekend of the tourney.  But the long hours don't really accrue till the weekend.

I volunteered to check credentials for the tourney knowing it would be an early start to my day.  I beat the sun coming up but was welcomed by this sight out the office window before the craziness of the day started.  A good omen perhaps? 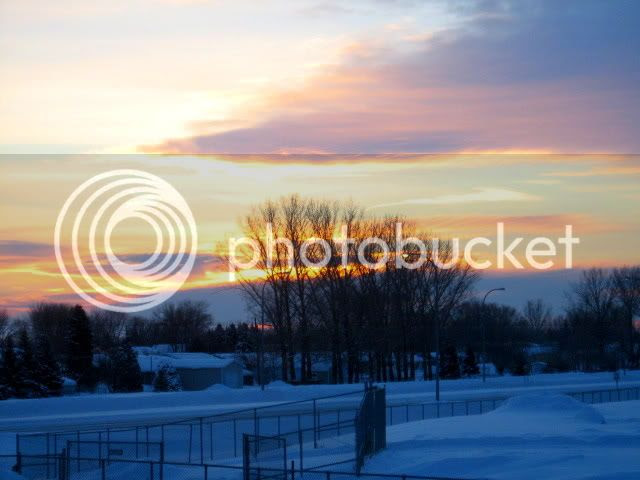 I sat sipping this as the teams started to arrive.  We had teams from Minnesota, North Dakota and even Canada participate. 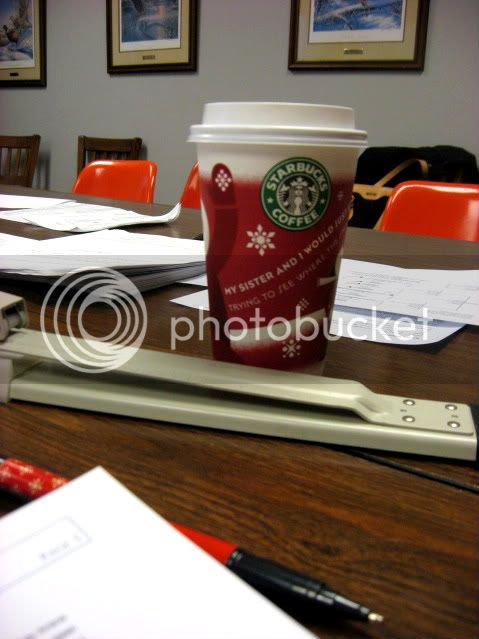 The only downfall to my job, was not being able to see much of the first morning's games.  The upside- when I was done a little before 2, I was done with being in that room- yay! The work?  Never really ends. 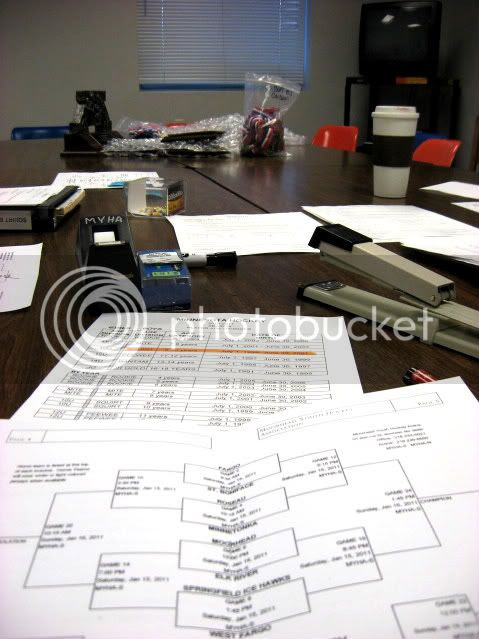 This was my number one helper... she had "buffy" (Family Affair) pigtails in the day before and it was the cutest thing ever. 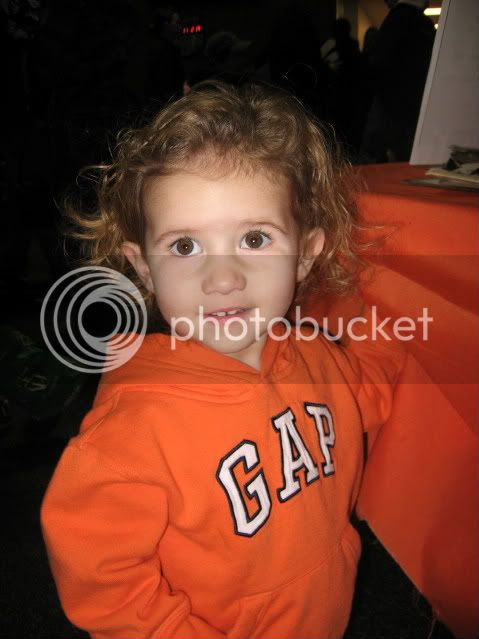 The hardware- every one of our boys stopped to admire this and dream a little bit. 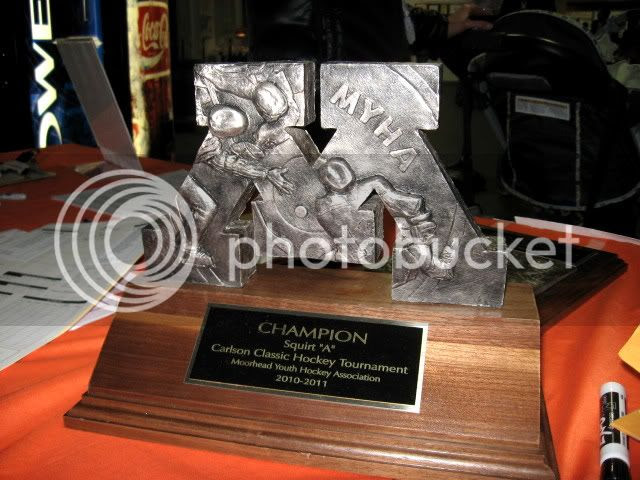 Ummm, mascot anyone?  This little sparrow has taken up residence in the rink.  He is well fed- hello popcorn heaven, and has a constant supply of water- hello melting ice from the zamboni.  He has gotten so used to his environment that he even swoops down on the ice in the middle of games. 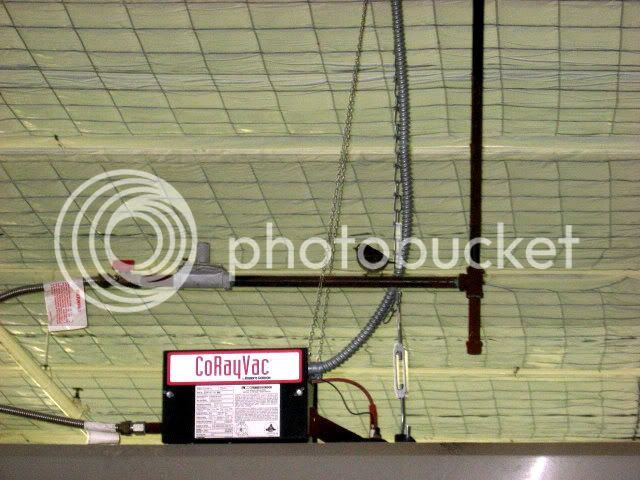 But now on to the action!  As a pre-tournament warm up, the boys played a game Friday night against Minnetonka.  Anyone who knows this area will tell you that our community has some big time rivalries with the teams around the Minneapolis area.  We're sadly accustomed to losing more than our fair share of games to them.  So our boys were a little intimated to play, wondering how their skills would match up. 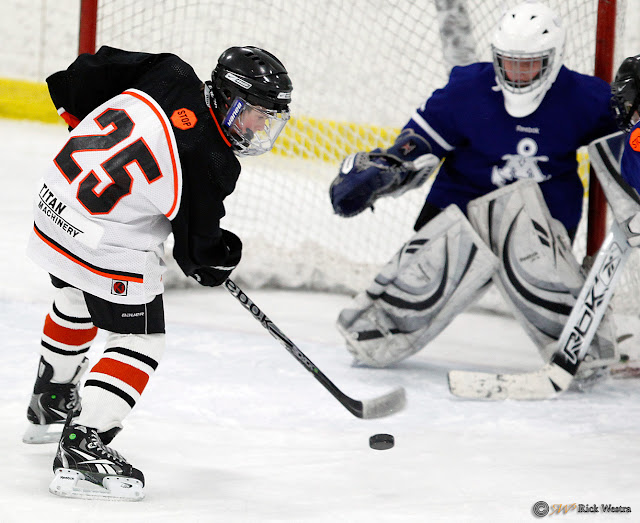 Nolan got a stick to the neck in this one... ouch!  He had a big red mark across his neck and he is lucky that is all he got. 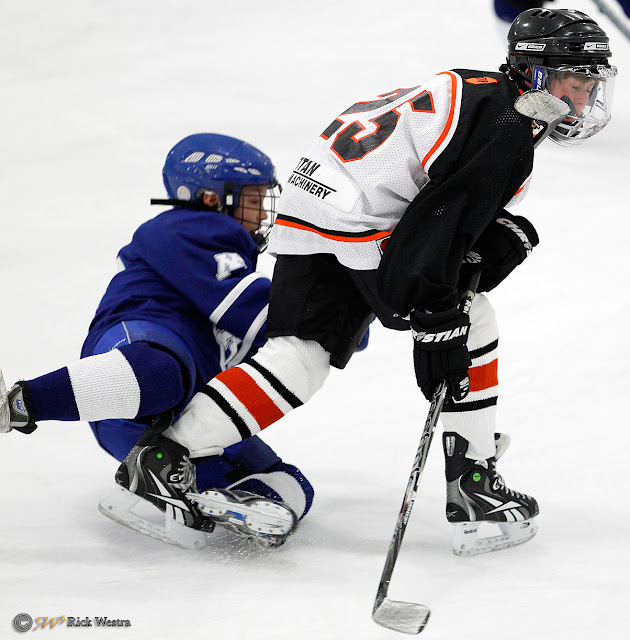 But we needn't have worried.  The boys rose to the occasion and beat Minnetonka 5-2.  This proved to be a highlight that we couldn't have appreciated nearly as much until after the weekend was over.

Our next game was our first tournament game against Elk River, another big rivalry near the cities. 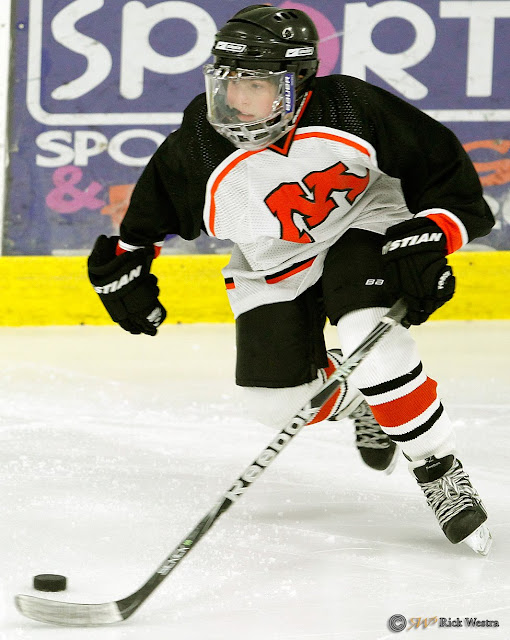 I missed this game and what a doozy of a game! 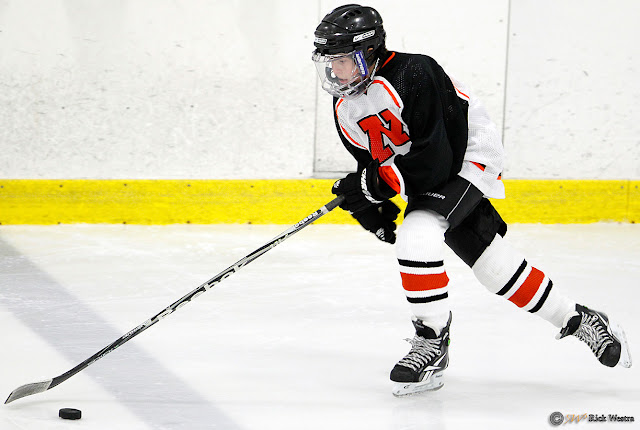 With the score tied two-two towards the end of the third period... well just watch the clip and see what Nolan wearing #25 does...

Untitled from Vicky Westra on Vimeo.


From a sliding on his knees position he gets the go ahead goal!  One of the mom's came rushing into the office I was sitting in to tell me the good news.  Yay for Rick's video later that night so I could see it.  I have said this before, I cannot fathom the skill and raw athleticism it takes to play this sport.   I am in awe of ALL of the kids, not just my own son.  His goal is a great example of something every one of our kids on that team can do.  So when I brag on him?  Really I am bragging on all of them.

Unfortunately, Elk River went on to tie the game up and we headed into overtime.  Just  a minute or two into OT, Elk River scored in sudden death.  Our boys came out off the ice crestfallen.  Nolan said they all cried in the locker room because they knew that 5th place was the best they could attain.

Saturday night they hung on to beat a team from West Fargo, 3-2.  We would play for consolation on Sunday.  We played a Canadian team and after a few intense minutes, we figured out how to light them up.  We won the game and the consolation bracket.

So remember I said that win against the Minnetonka team would grow in significance for us?  Guess who who the Championship game?  Minnetonka beat Elk River!  And who was the only team to beat Minnetonka?  We were.

Rumor has it Minnetonka agreed to a re-match.  We'll be heading their way in a few weeks.  We can't wait!
Posted by Vicky at 6:05 AM