Did you get a chance to see the Extreme Makeover Home Edition Show last night?  I think I've expanded on my 2 seconds of fame, to maybe 3 now of me standing in the driveway, (smile).  Was Garrett Grommesh not Mr. Personality plus?  I think the portrayal of the family was spot on.  Wouldn't every community benefit from an organization such as Hope, Inc?  I love that the whole organization was started by just a mom and a dad, who wanted something more for their boy who happens to be in a wheel chair.  Makes you wonder what you can't do yourself?

It was a 5 tissue show for me.  How they take 500 plus hours of footage and break it down into a 44 minute show is beyond my comprehension.  I love that as much as I could place myself in so much of the footage- I knew precisely where I had been standing when certain scenes were shot,  so much of the show was still a surprise for me.

Here is link to the show from last night, its on Hulu.  Plus there are 3 bonus scenes that were deleted from the final airing of the show.  Our local newspaper provided both a pictorial tour of the house as well as a video tour if you'd like to see as well!  See it here at Inforum. 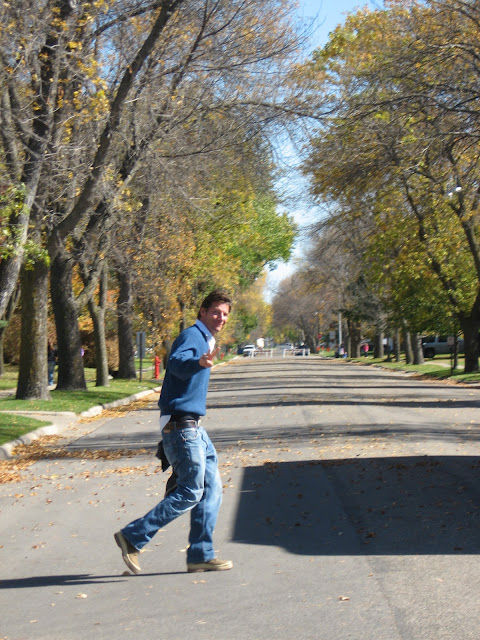 I think its a wrap for the Grommesh show, and hopefully closure for their family.  But the builders have indicated if they were asked, they'd build another house for the show anytime.  You never know, you may not have seen the last of Fargo-Moorhead on EMHE...
Posted by Vicky at 12:39 PM