Add in two NHL hockey players from our town.

Mix in one big announcement that our town and high school hockey team were chosen as the backdrop for Hockey Day Minnesota 2011, to be broadcast on television, February 12th.

Squeeze in the zeal of our hockey community.

Presto, you have one monumental day.

Such an honor for our town to have two former players represent us so well in the NHL, with a third one to join soon. 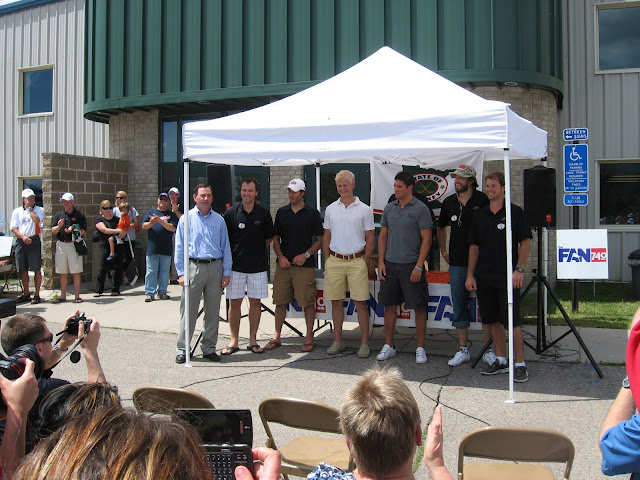 Lots of media on hand... 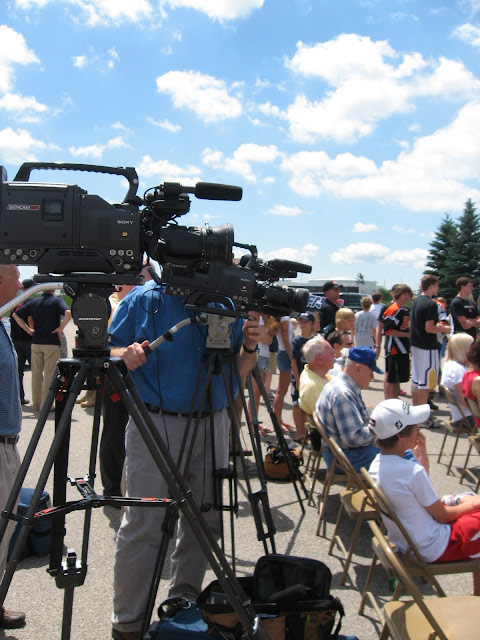 A large crowd in attendance. 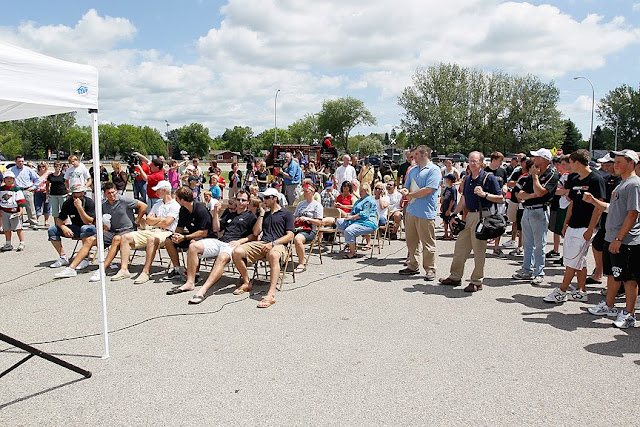 Chris Vande Velde, has recently signed to play with the Edmonton Oilers and will report to their AHL affiliate In Springfield, MA.  In the meantime he works out at the rink.  Its an odd juxtaposition to have our young boys running stairs along side the pro players.  How cool would that be as a young player to hang out and be coached by your idols? 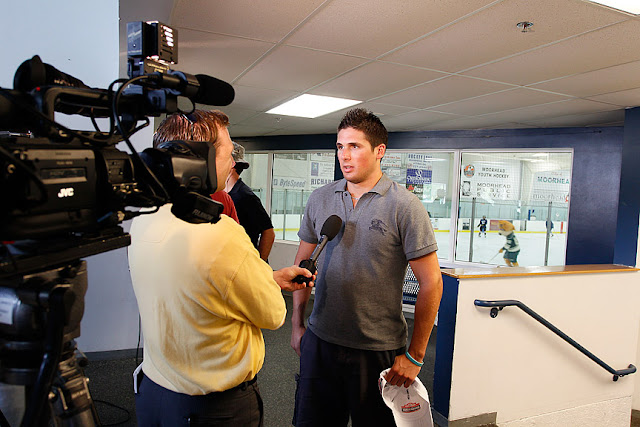 Brian Lee, finished his season last year with the Ottawa Senators playing defense.  We're excited to see where he may land next year. 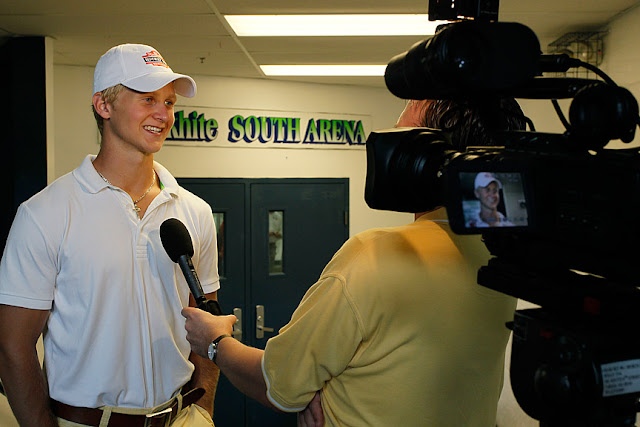 Matt Cullen, in an ironic twist was traded from the Carolina Hurricanes to the Ottawa Senators too.  We had two former Moorhead players on the same NHL team!  Matt donated 30,000 dollars to our youth rink to build the outdoor rink where our Moorhead Spuds hockey team will play Hill Murray, February 12th, 2011. 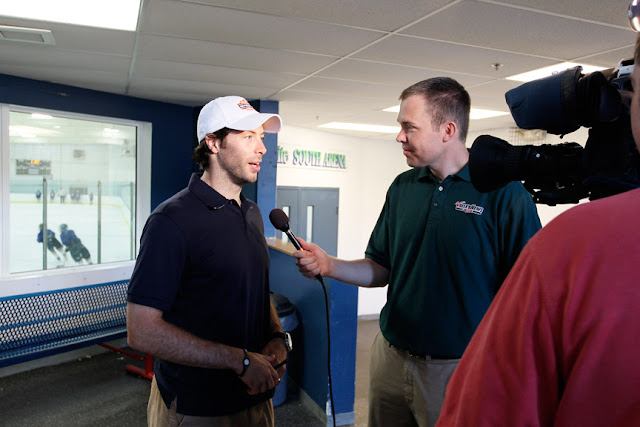 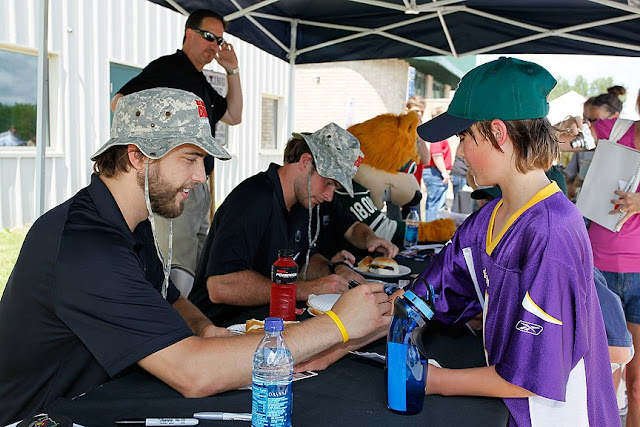 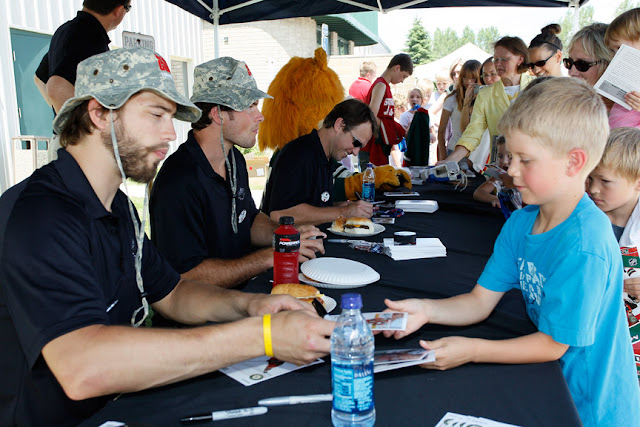 Games galore was sponsored by Well Fargo and the National Guard.   Nolan and Colton racing... Colton ended up with a huge burn on his backside... owie... 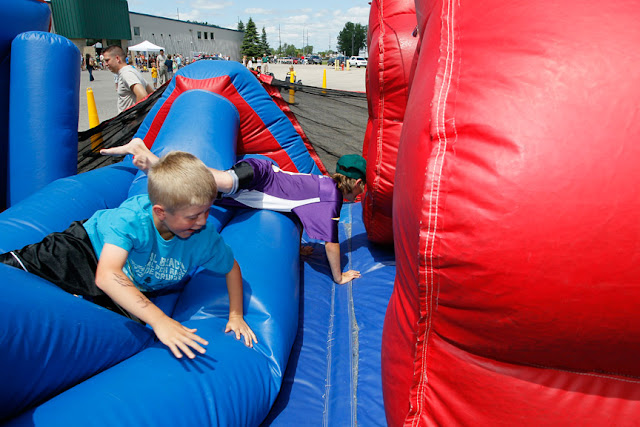 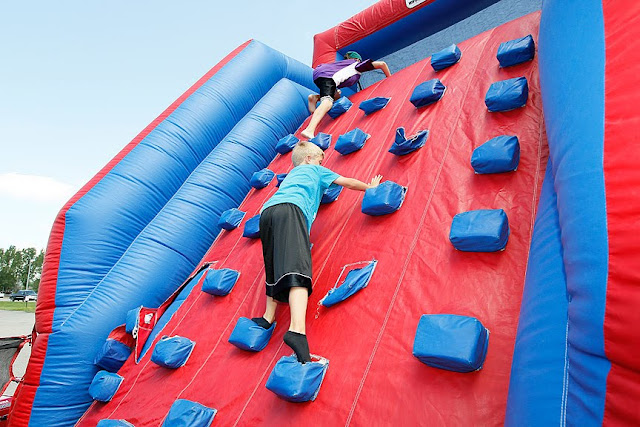 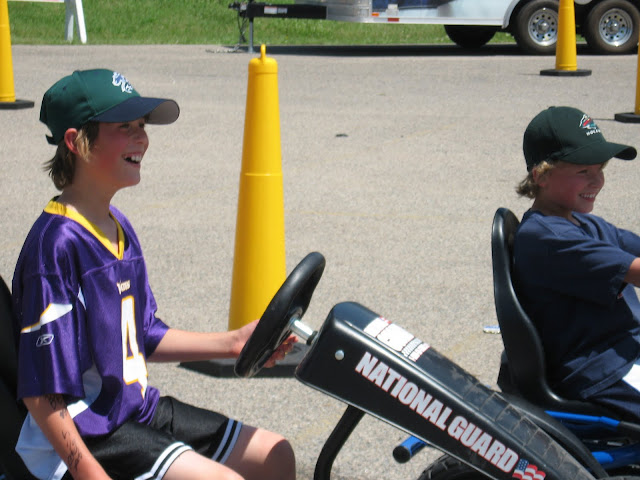 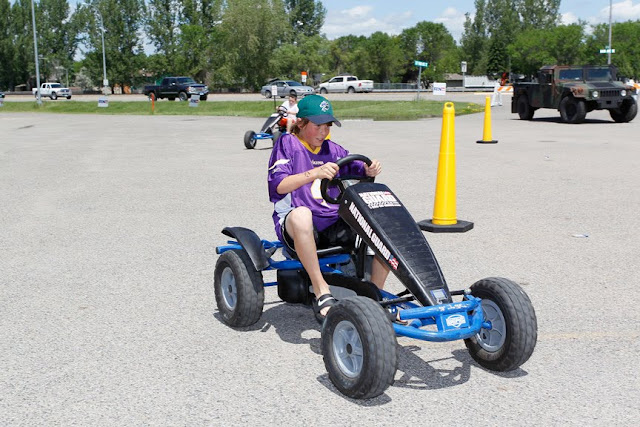 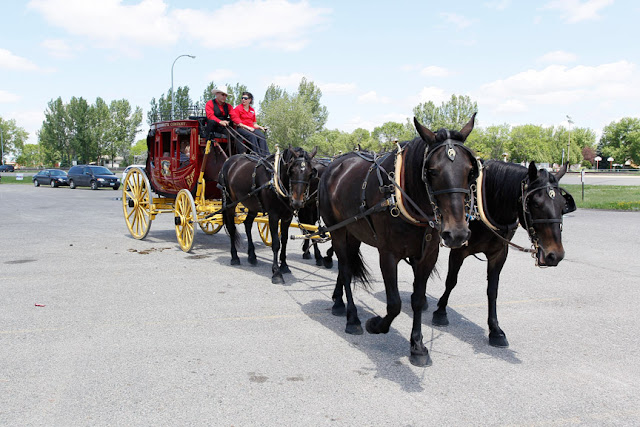 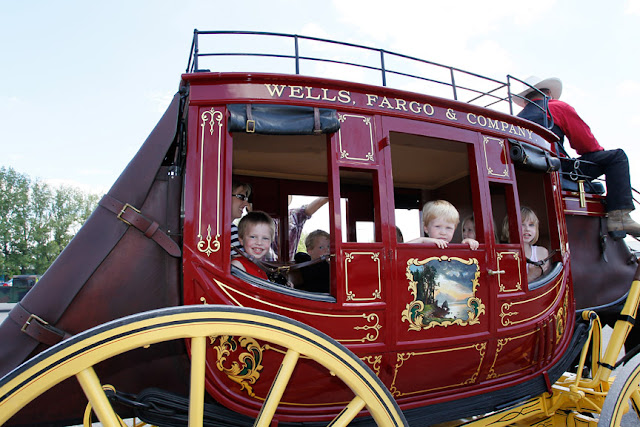 What a great day for the State of Hockey!

I was also in close contact with my mom yesterday. Dad had a good day. He has decided to allow more morphine to be given, which in turn has eased his breathing and relaxed him. He rested and read and listened to his music in comfort yesterday, and listened to our hockey tale at the end of the evening. Your prayers, and kind words and deeds, continue to encourage and humble me...
Posted by Vicky at 9:07 AM