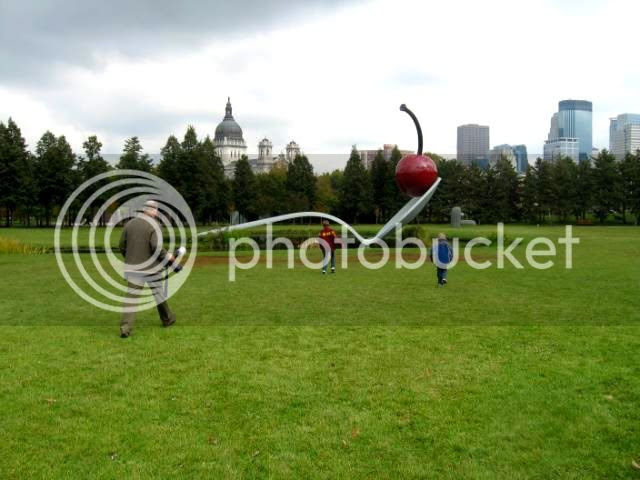 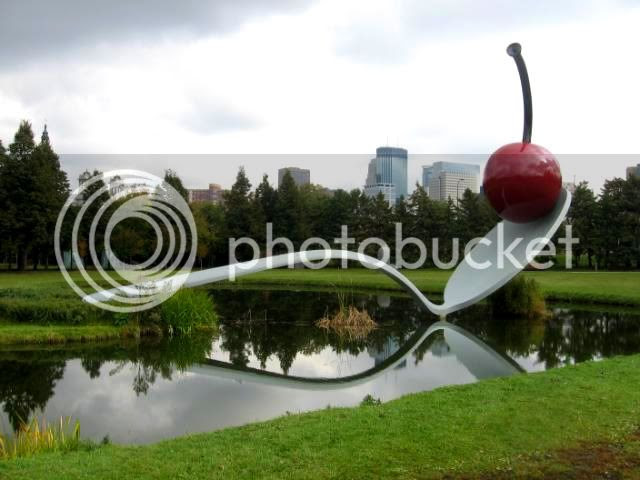 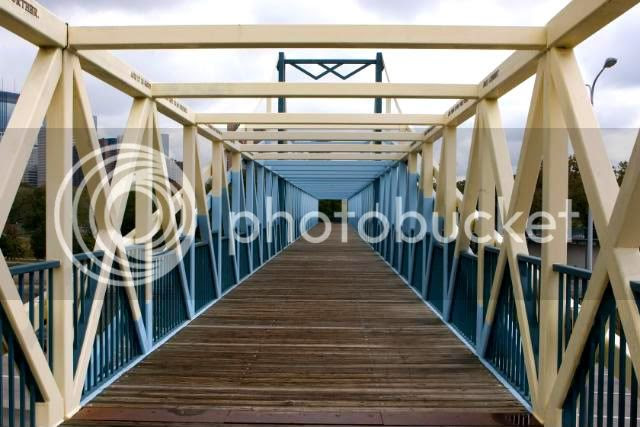 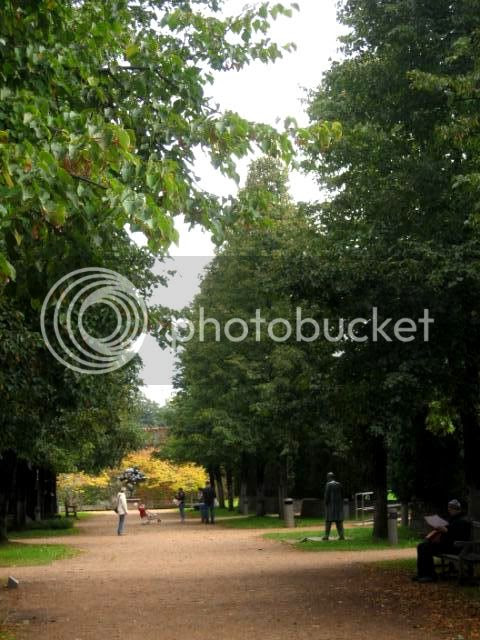 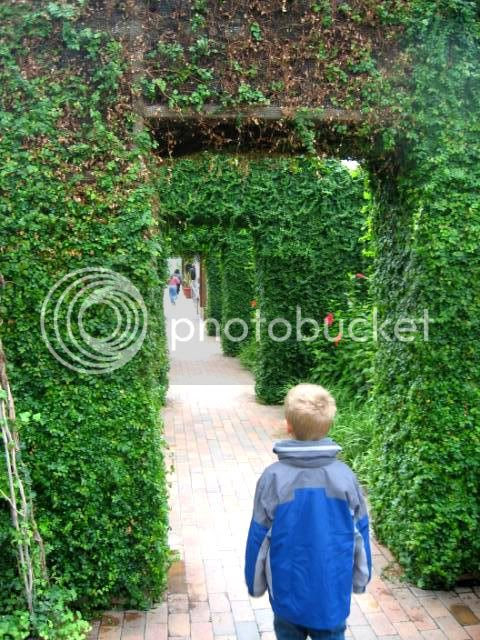 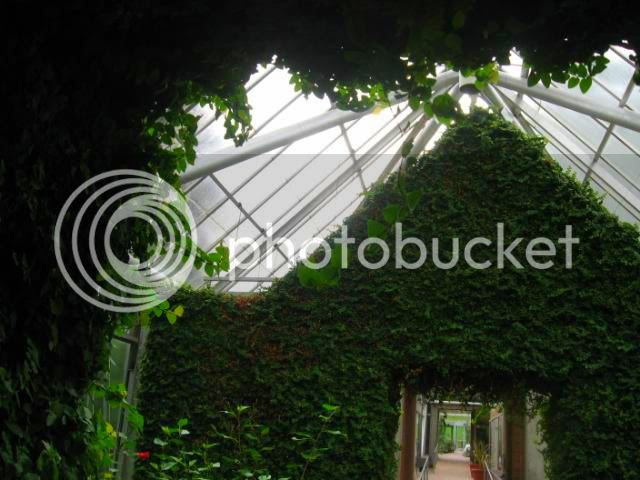 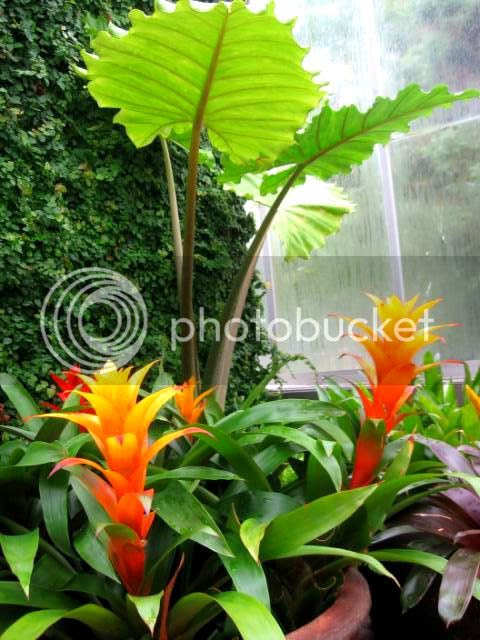 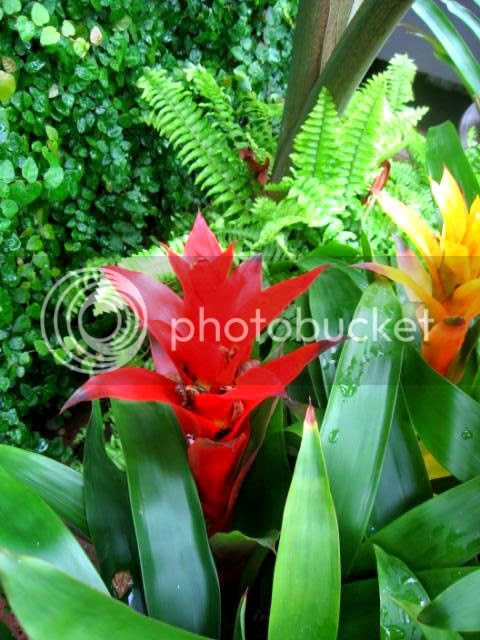 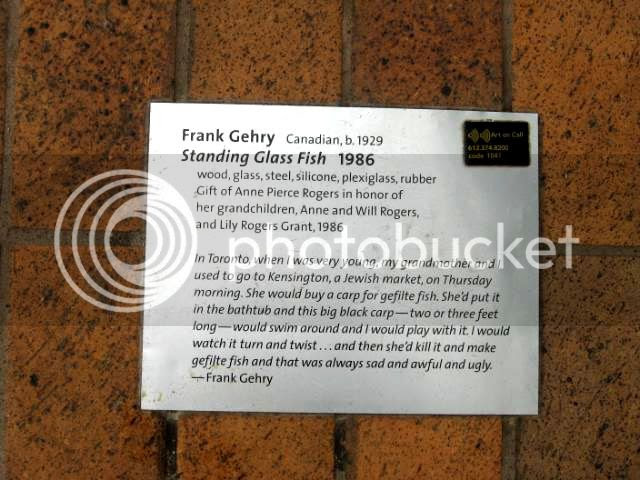 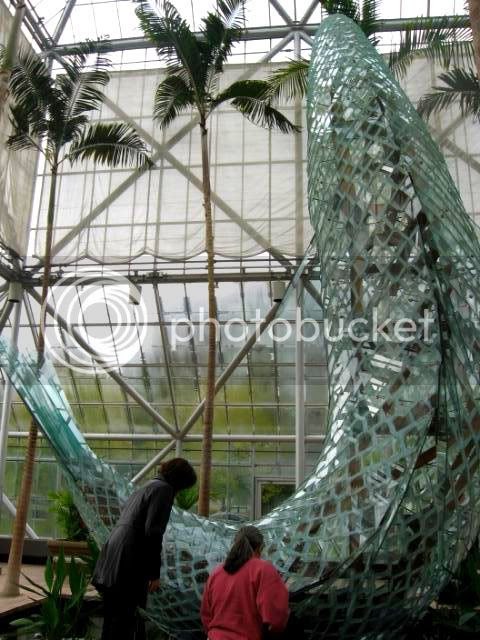 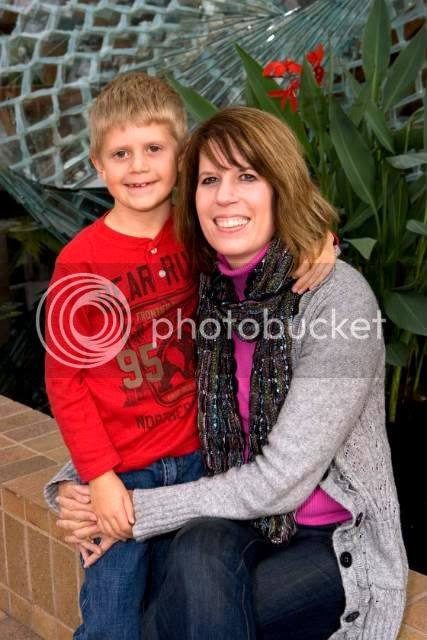 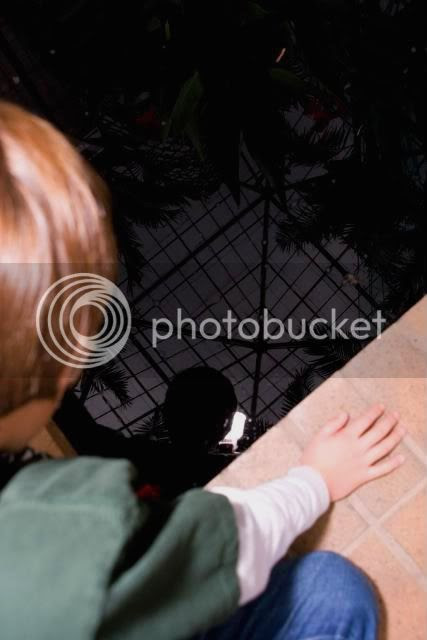 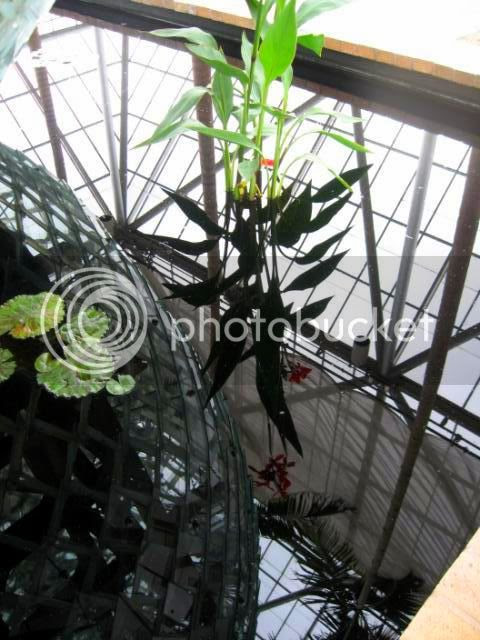 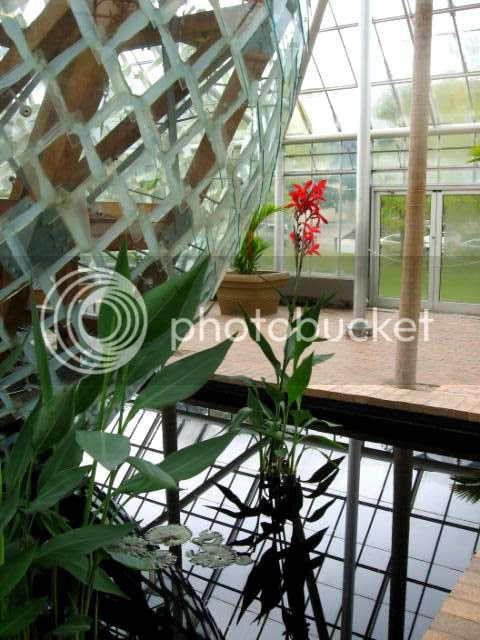 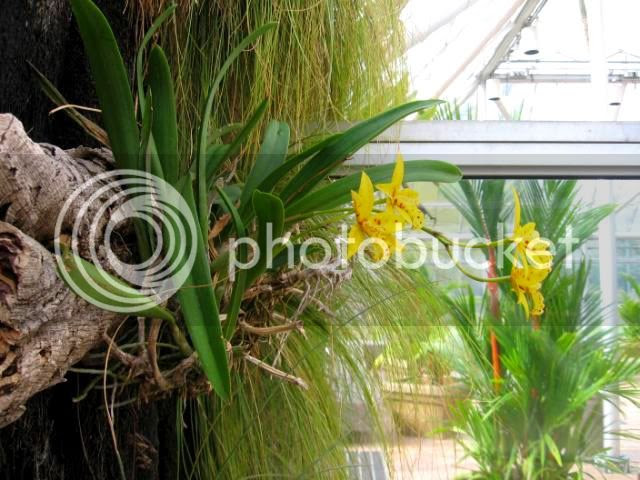 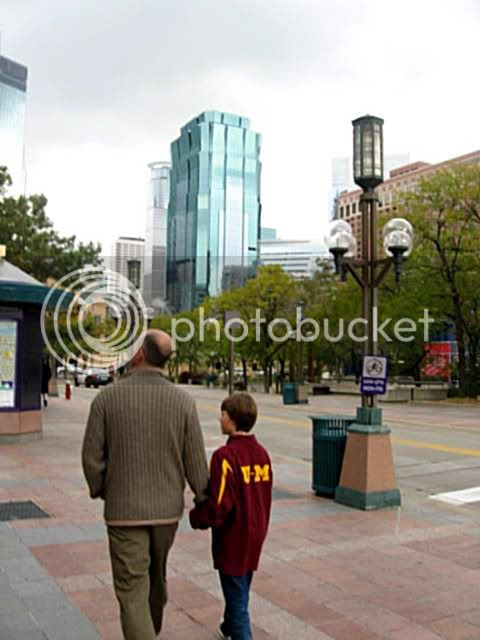 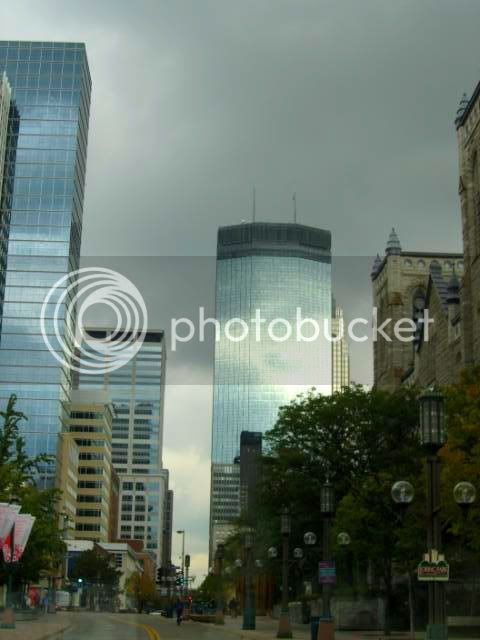 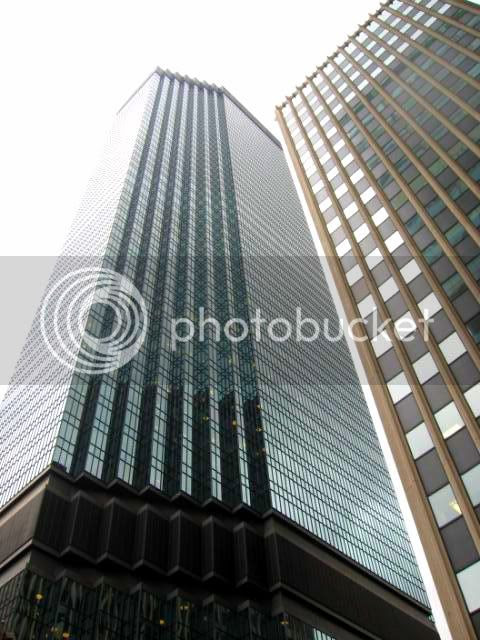 Day 2. We woke up refreshed from a good night's sleep and the promise of another full day. And then he opened his mouth... "Lets go to the park!" Now when you are staying at the "WATERpark hotel, where do you suppose the kids are thinking they are going?" But if you know my husband, any park that has the word "water" in it, is not his idea of fun.

Somewhat skeptically, the boys loaded into the car and we left for "the park." Do you see it in the photos? The "park?" It would be the one outside of the "Walker Art Center." And when the boys discovered that the "park" they so hoped for was grass around a pond that was murky, and replete with a foul smell? Well, they were less than thrilled.

My dh, however? He was in photographer heaven! The "park" was filled with gardens, flowers, sculptures and history! He could have spent hours walking the grounds. Plus, The Walker has been a favorite of ours forever. But for two "active" boys? I shudder to think of what even a brief tour would be like.

As for me? I was caught somewhere in the middle looking for Switzerland in the midst of the landmines we were navigating that day. We moved from the outdoors to inside the conservatory filled with tropical lipstick palms and the promise of a "fish sculpture." The fish was indeed grand in scale and covered in glass and then surrounded by another pond of water which beautifully reflected off of the scales. Another photography bonanza.

When we heard the "plink" however, and saw the mischievous look on Nolan's face with his hands moving away from the water, the decision to move on was made rather quickly. Besides, the boys were excited to see the new Target Field, the soon to be home of the Minnesota Twins. In what would become the last Griswaldian twist to our adventure, after walking block after city block with tired and hungry children, we caught a glimpse of the new stadium. We cajoled the children into walking just a bit more and having patience and being watchful so as not to miss it except that... every conceivable path leading to it was blocked. We'd have to settle for a glimpse. We distracted the boys with the tall buildings on the way to get something to eat.

For the last bit of our little adventure we had promised my dh a stop at the camera store. So while dad spoke camera speak in the store we watched movies in the car. It turns out that "bit" translates into 3 hours! Thank goodness for Toy Story 1 and 2! When he finally came out he offered to take us to several different places. It was Nolan who finally spoke up and said "Dad, how about if we just go home? I'm tired, this vacation was a lot of work!" So with the nine year old voice of reason echoing in our minds, we cut our losses, jumped on the highway and headed home. The Griswalds have nothing on us!
Posted by Vicky at 12:05 AM