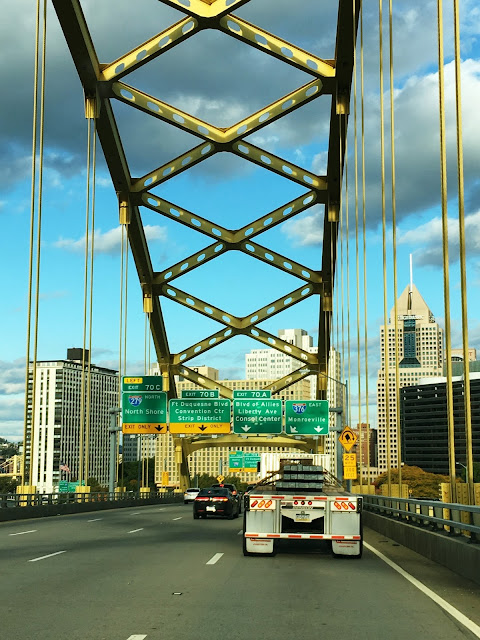 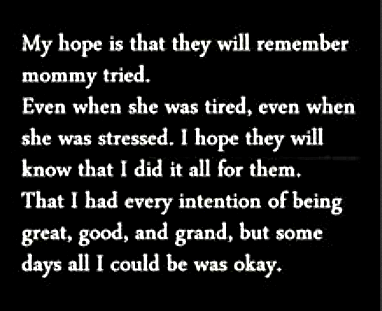 My mother would have turned 81 the day we left for Pittsburgh.  As we loaded the car,  I noticed the October sky all lit up and could only smile.  I breathed deep, heralding in as much tranquility as I could,  and we left to pick up our precious cargo. 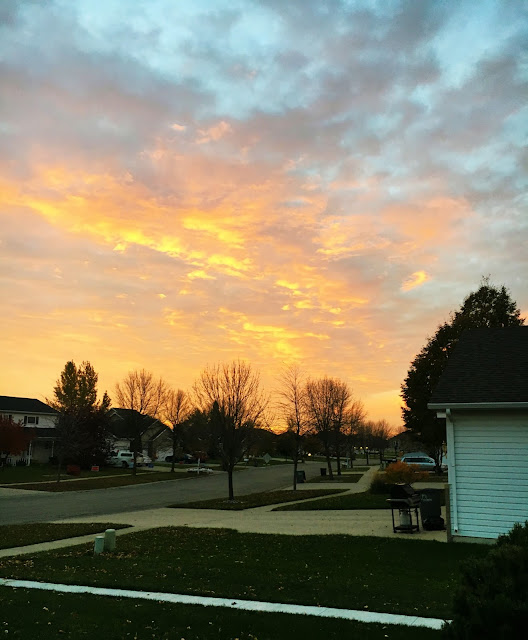 Meet Minny, who would be traveling across the country with us to her family waiting for her arrival.  Oh those big eyes. 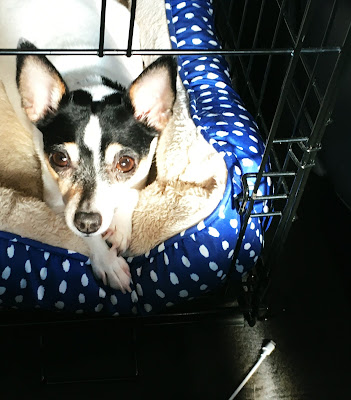 Perhaps one of my favorite pictures- obviously Colton had gazed into those eyes as well. 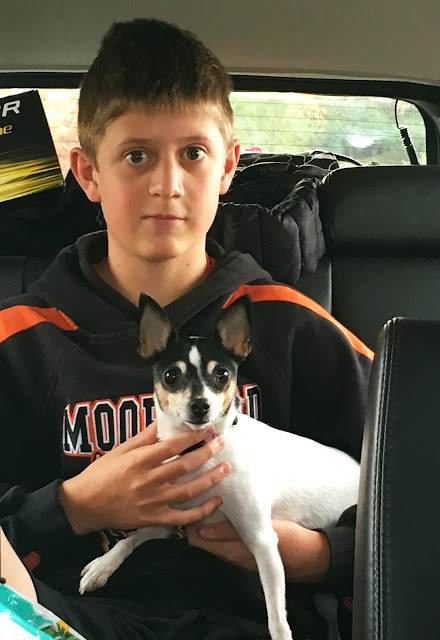 Traveling with a dog was hugely entertaining for the boys and gave us all something to help with many hours of "together" time.

Realizing that the University of Notre Dame was just a short stretch off the toll-road, gave us a much needed reprieve for a bit.  It was sunny, and full of fall colors, and the campus was beautiful in so many ways. 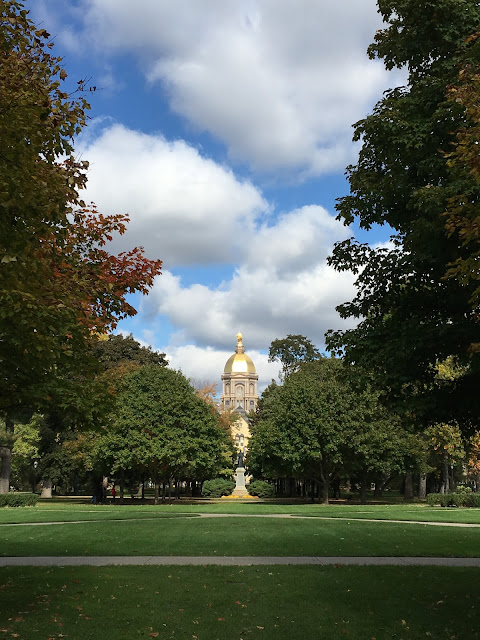 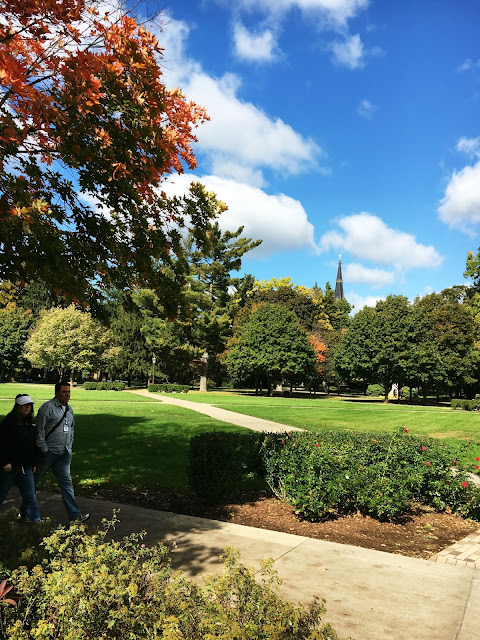 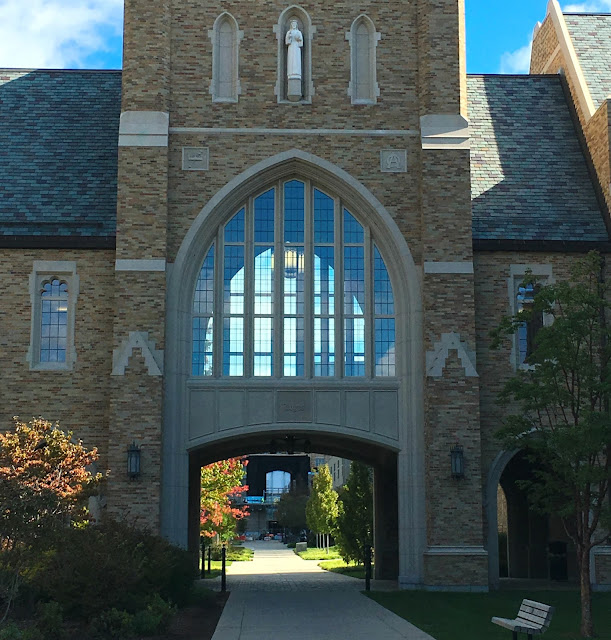 We arrived early evening in Pittsburgh, and brought Minny to some happy family members.  We had a super-sized Sunday coming up, and were off to bed early.

The next morning we moved to a hotel in downtown Pittsburgh, filled with football fans. 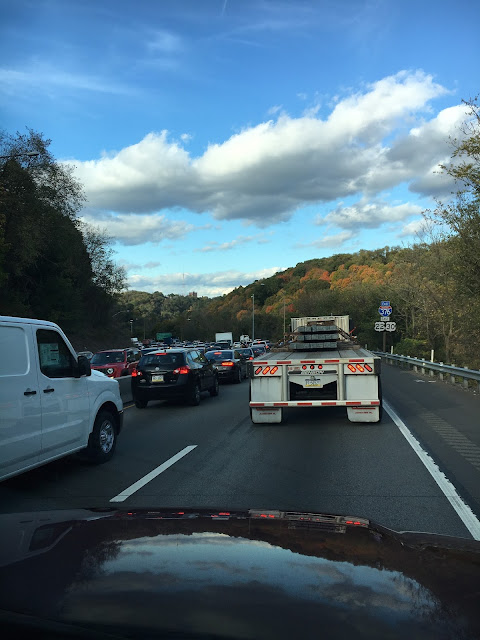 We heard it being discussed that the subway was only a few blocks from our hotel and it was free.  It was easy to find, and a fun new experience for the boys.

After days of researching online, we had Steelers tickets almost fall in our lap- and they were way better than anything we had looked at.  It was truly a day long experience- one Nolan has dreamed of since he was little.  It would be our first NFL game. 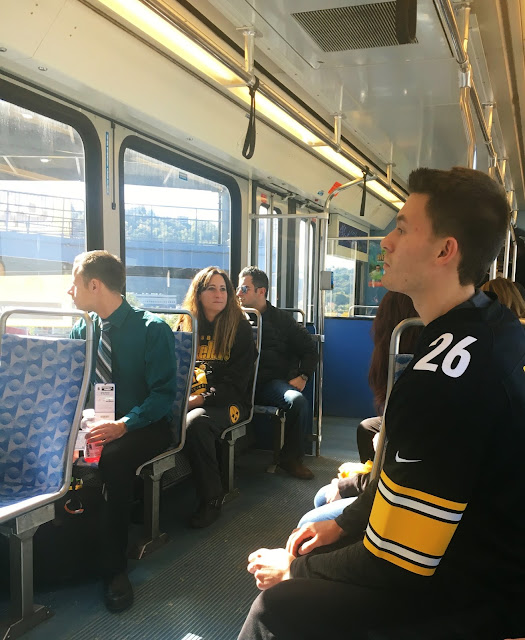 The subway took us right to the front gate, of Heinz field. 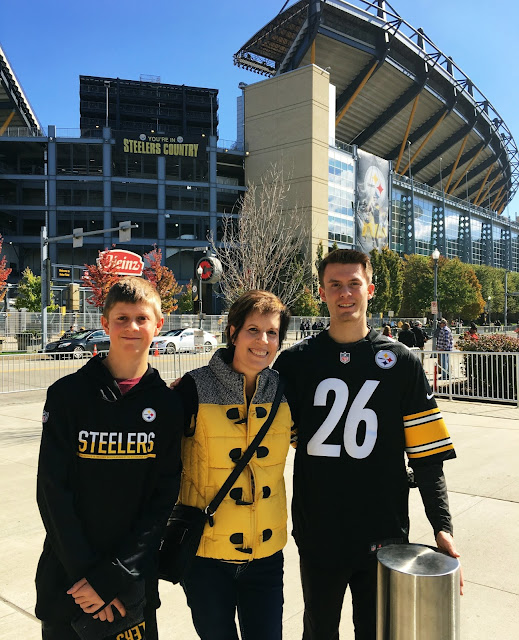 We felt like we were sitting on the field.  The sun was gloriously warm, and despite the Steeler's quarterback, Ben Roethlisberger, being injured, the fans were die-hard and very entertaining.  I wondered at times if we had somehow walked onto the set of a Real Housewives show, with the "competitive banter" flying back and forth between some Patriot fans interspersed with the Steelers fans. 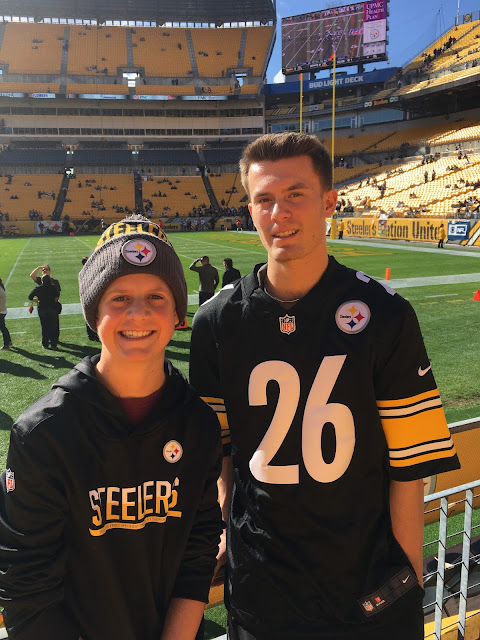 We hadn't thought to bring our Terrible Towels, but it was really cool to see them in person. 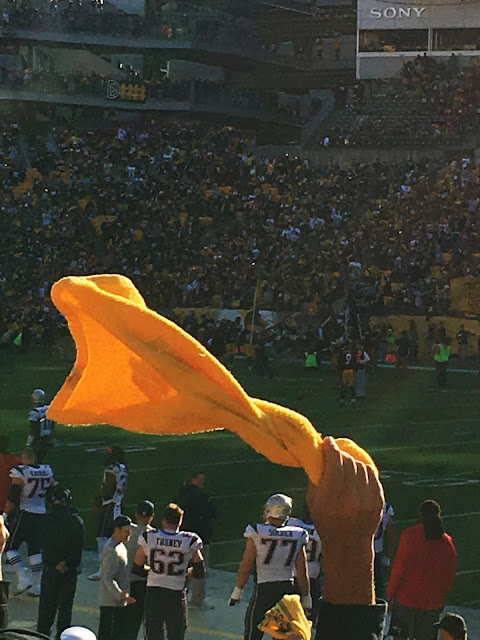 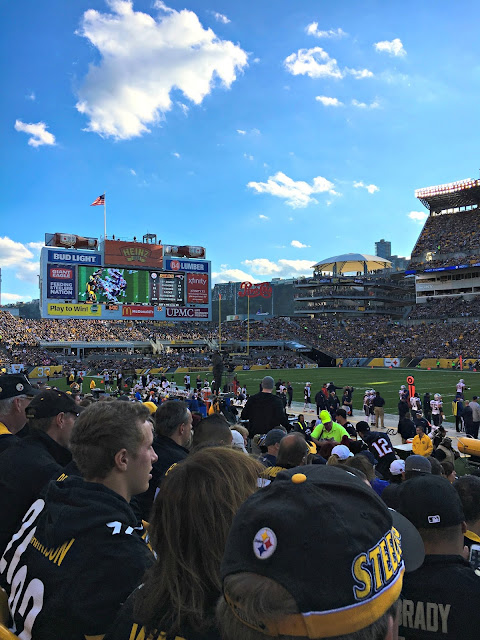 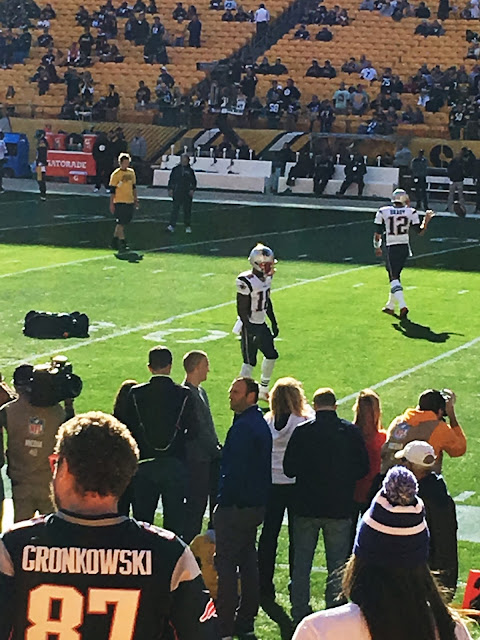 A friend put me in touch with her friend living in Pittsburgh.  He said if you want the authentic Pittsburgh experience, you have to eat at Primanti's Bros.  Its a sandwich with your choice of meat- from sausage to salami to knockwurst- but the sides of coleslaw and crisp french fries?  Come right on the sandwich.  Its clever, and more tasty than you can imagine. 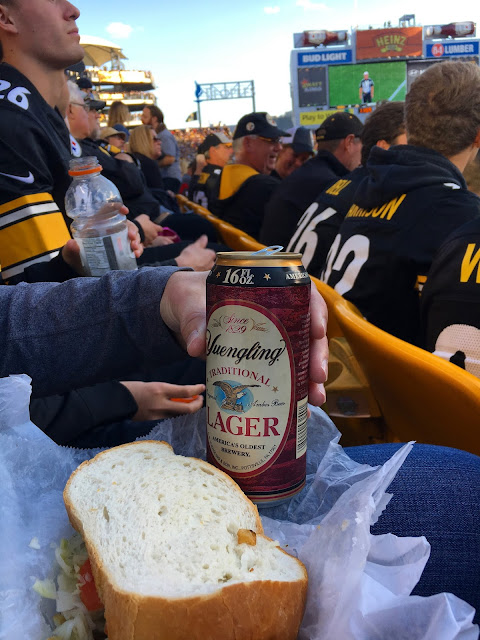 The game didn't end with a big win for the Steelers, but we had a wonderful first day in Pittsburgh.  We have so much more to come... but first... 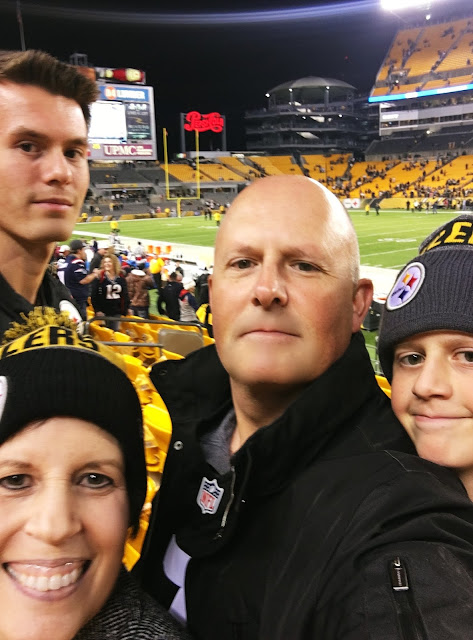 It's infusion Tuesday already.  I see Dr. P today and go over my lab results.

My spirit is strong, but my body can't always keep up.  The fatigue nags at me, food upsets my stomach, and it slowly has occurred to me,  it may never be any different.  Sometimes, the more I try to hang on to, the more slips through my grasp. 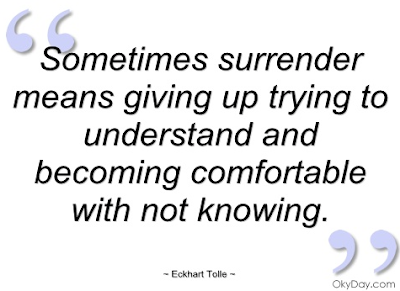 So I'm just going to keep breathing deep, staying in today, and trying to surrender the "knowing," to the one who knows all.