waiting for the sound of the whistle 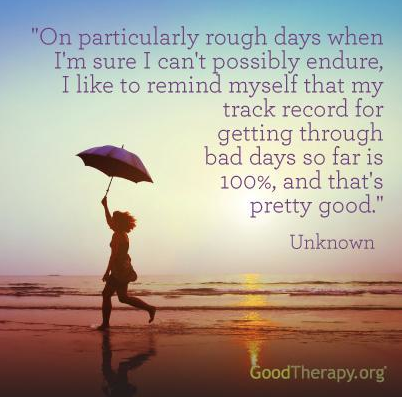 We stood at the deep end of the pool, off to the side, shivering as we heard the instructions for our last  class test.  It was a junior lifesaving swim class.  I don't recall how old I was, only how terrified I felt inside.

Our instructor, had just hurled a block of black rubber, (maybe 10 lbs?) down into the 12 foot depths of the deep end of the pool.  Our task, was to get in, swim down, and then somehow, pick it up, and bring it to the top of the water, then thrust it up over our heads.

Even our instructor looked dubious this day, at my friend, Rebekah and I, (the only two girls in the class) and our scrawny little bodies, how would we manage this task?  The boys had completed and passed the test on another day.

So our teacher said, we just needed to figure it out.  She kept shaking her head, questioning how this made sense.  If we failed this test, even though we passed every other test, we'd fail the class.

So she said we could try and try, until somehow, we figured it out.

I just remember standing there, shaking.  I was relieved it was cold, and no one would wonder about the shivering.  Because the shaking?  Was pure nerves.

I think I dove into the water the first few times.  But I was so buoyant, I couldn't get past a mid-level range of depth before I'd be forced back up, despite my attempts to claw myself back down.  But the pressure was squeezing so tightly around my lungs, I felt like I was suffocating, my thirst for air so strong.  I had to fight against my natural inclinations to breathe, in order to keep going down.  Rebekah, was no different.

Finally, I just decided to jump in.  And somehow, the idea of propulsion kicked in.

We both began jumping in and instinctively threw our arms over our heads, and pointed our toes straight down, in awe of how much more quickly we could get down.

Rebekah finally exclaimed she'd found the bottom, on the last try.  Now where was the brick?

We were growing exhausted by now, nearly half the class time had passed.

How on earth would we now find and grab that brick, and get it to the top, before running out of air?

Somehow, despite our nerves, we kept jumping in.  A small crowd of swimmers and instructors gathered around.

Eventually we found the brick with our feet.

Rebekah grabbed the block.  And kicked and kicked with her legs.  Once, then again, dropping it to the bottom, having to come up for air. Would she ever get it all the way up?

Suddenly,  Rebekah's head finally broke the surface of the water- and she still held the brick!   Could this be it?  While she couldn't hoist the block above her head like the boys had- a small glimpse of a corner of the block was seen coming out of the water as Rebekah's head started going back under… oh no… don't let her drop the brick!

But she held on, persevering, despite the odds.  And it was all it took for the instructor to blow her whistle signaling Rebekah had passed the test.

As she swam over to the edge, completely out of breath, getting helped out of the pool to go and lie down, her sides heaving… I stood alone at the edge of the pool, summoning every last shred of strength I could muster to try again.

All these years later, I've found myself staring up from the bottom of the deep end of the pool  in wonderment once again.

How am I going to do this?

One has been treated with radiation before.  Is it really growing?  Or could it be necrosis- or tissue dying that we really see?  Its impossible to tell on a scan.

The suggestion for my next step?

To meet with a neurosurgeon.

Just one option to consider.  Others have been presented too.  But its too overwhelming to think of too much for now.

So, I'm standing here again, looking up from the depths of the pool wondering how on earth I am going to hoist that big, black, block, up out of the water, so that I can breathe free again.

Because I'm shaking again, and  and I have to somehow summon the courage to face the smothering and murky deep end all over again.

And yet… all those years ago...

With all eyes on me,  I jumped again.  This part had grown easy.  Then suddenly, I felt the block with my toes and managed to kick it up with my feet.  As the end came up, I leaned down a bit, and grabbed it between my hands.

I kicked and kicked.  The air squeezed out of my lungs as I climbed through the blackish-blue depths of the pool.

And then… as the water turned bluer, and the light started to stream in… my head burst out of the water, as the brick stayed in my grasp between my knees.

But no matter how much I kicked and gasped and struggled, I couldn't for the life of me hoist the brick.

On the verge of defeat, all I recall, is that I simply leaned my head back, arched my back, and by some miracle I'll never quite understand, the brick arched through the water with me, just long enough for the instructor to see.  As my head plunged backward through the water, it was the sound of the whistle that day, that was my saving grace.

I'm still making it through my days, but at times I feel a far off look grow upon my face.  I'm straining, listening, longing- for the sound of the whistle blowing one more time.