Sometimes it really is as simple as being in the right place.  At the right time.  And maybe just being open to what can happen- thinking it can, instead of it can't, or won't.

When Nolan was asked to participate in the Selects Hockey tournament a couple months ago, we just happened to connect with a coach while we were there, looking for some players to fill some spots on their AAA team, The Lake Superior Stars.

Nolan and his friend, Parker, were only too happy to be asked to play.

So the past few weekends Nolan has left with Rick to go and play on a team with kids mostly from Northern Minnesota.

This last weekend, I was feeling well enough to go as well.

We headed to Maple Grove for a 3 days of hockey.

What a beautiful weekend.

This statue is outside the Eden Prairie Community Center.  It was a beautiful facility.

We squeaked by the first team with a 4-3 win, early Friday afternoon. 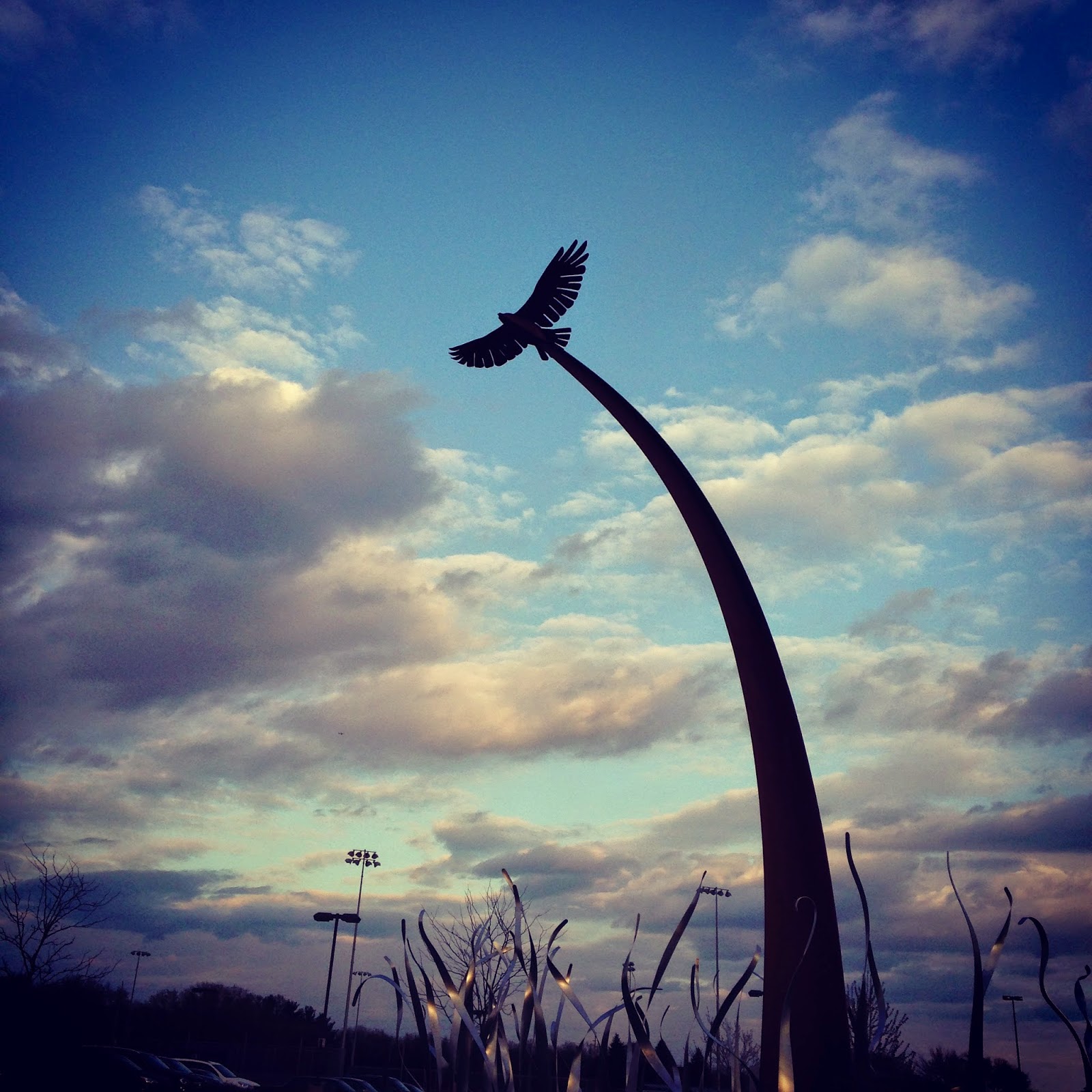 The next team would have us face, some of our own regular season team mates!   How would we do?  We'd played some of that team a time before and lost to them.

This time, our team came out the victors.

But the really nice part?  As soon as we leave the ice, our boys go back to being instantly friends, instead of fierce competitors. 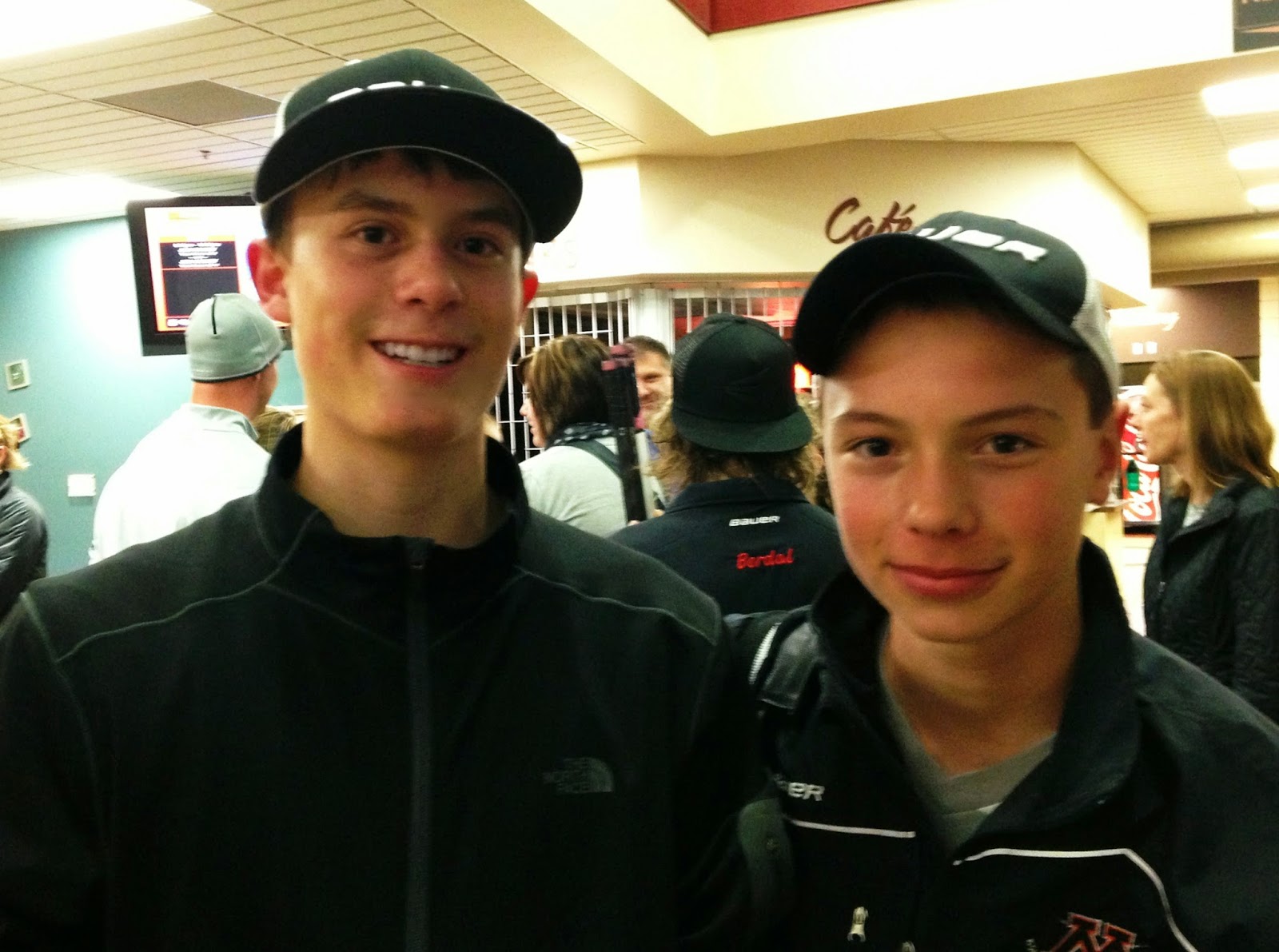 The next day we would play two more hockey games.  But in between our games?  We all went to the park in the back of the rink.  We tailgated with Jimmy John's sandwiches, and Nolan decided to let Mother nature help dry out his gear.

I just sat with my friend Missy, soaking in all the sun, warmth, green and blue, until it was time to go back inside to freeze a little more. 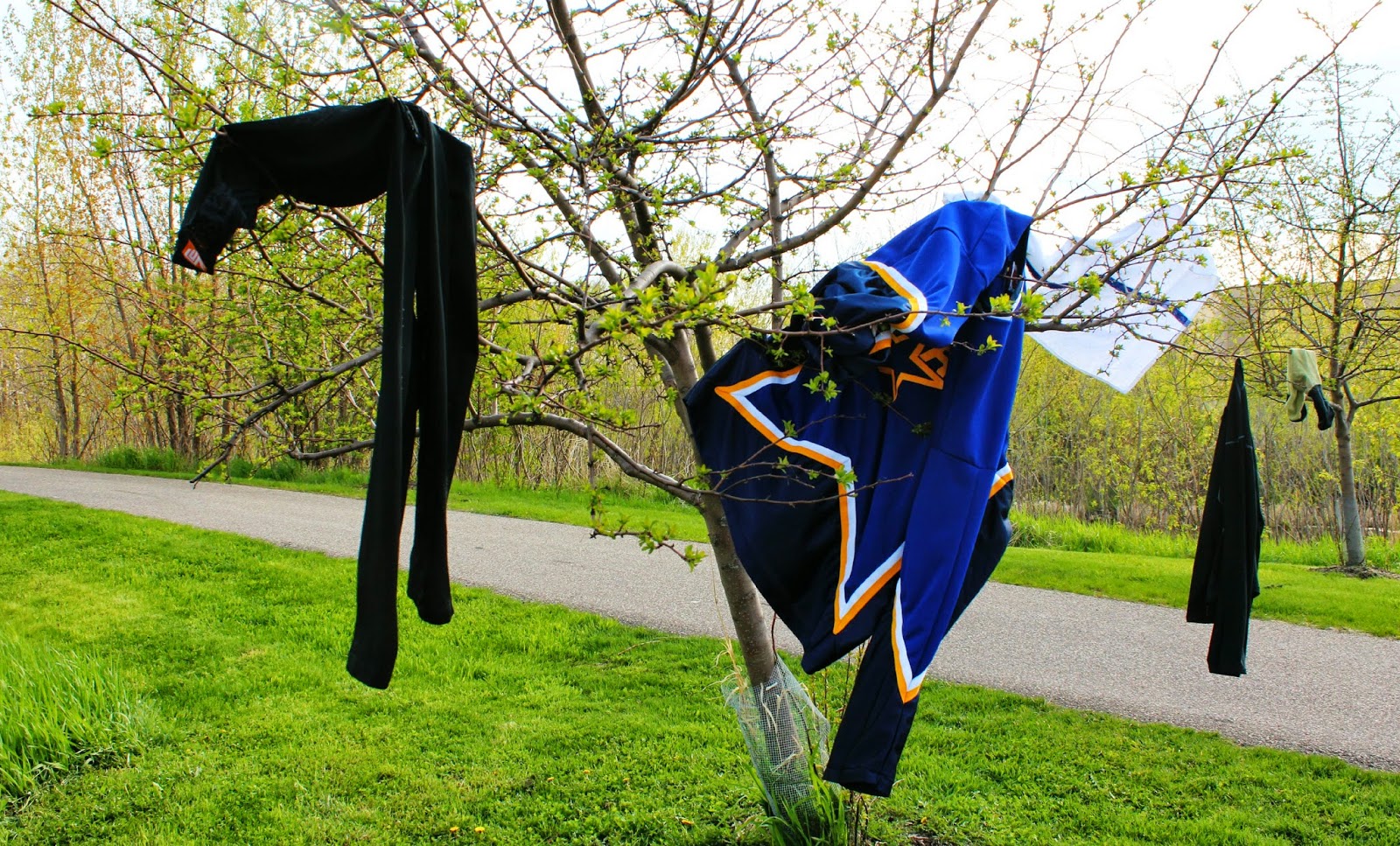 On Saturday, we won both our games again.  Watching them was a sheer roller coaster ride of emotion- we battled hard for the puck.  We were miffed at the refs who quit calling offsides and icing.  Our coaches got thrown out of one of the games.  We were never at a loss for passion and entertainment!
But our boys, persevered.   Nolan even scored a hat trick in one game, along with his team mate Donte.

We were headed to the championship game on Sunday! 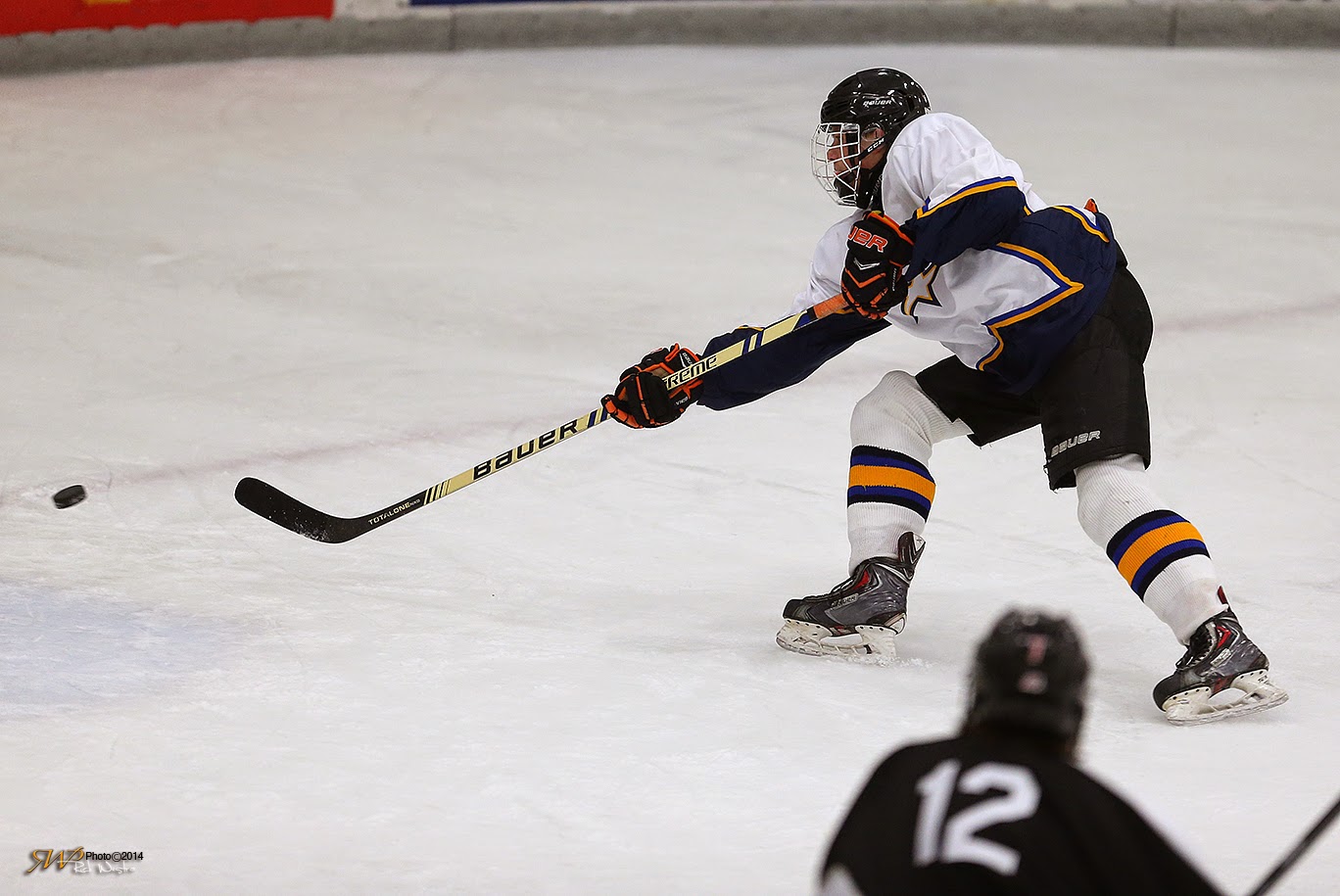 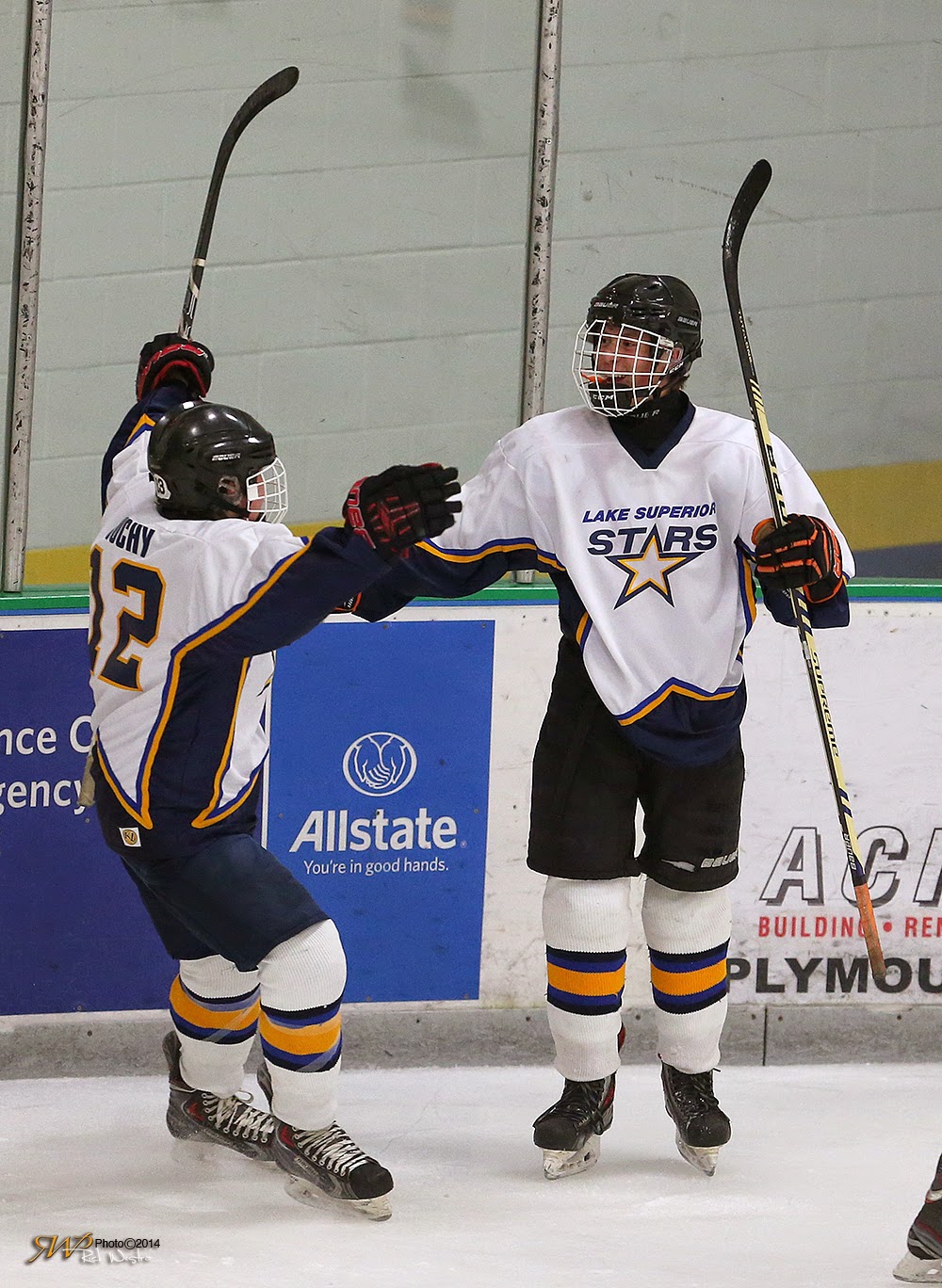 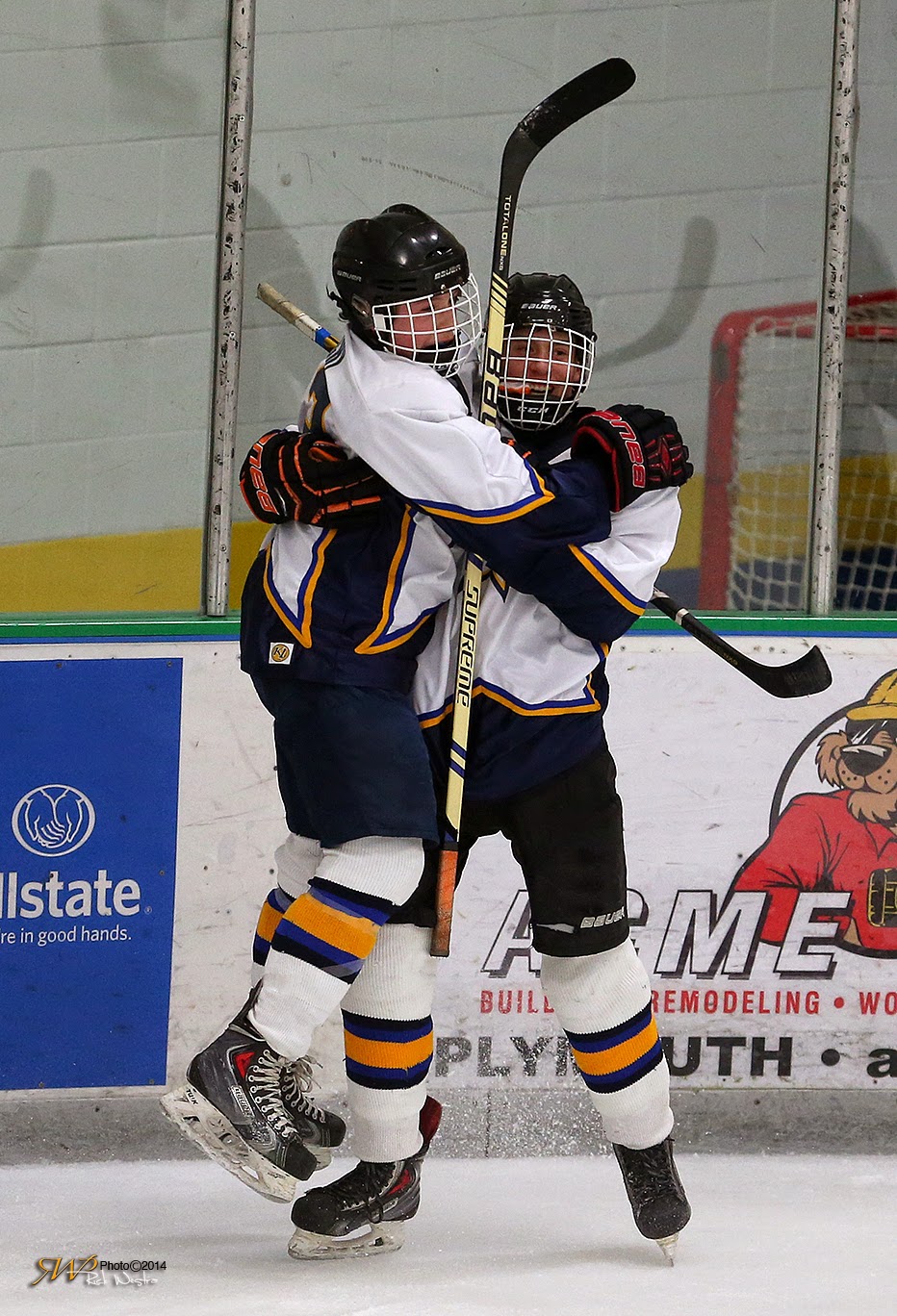 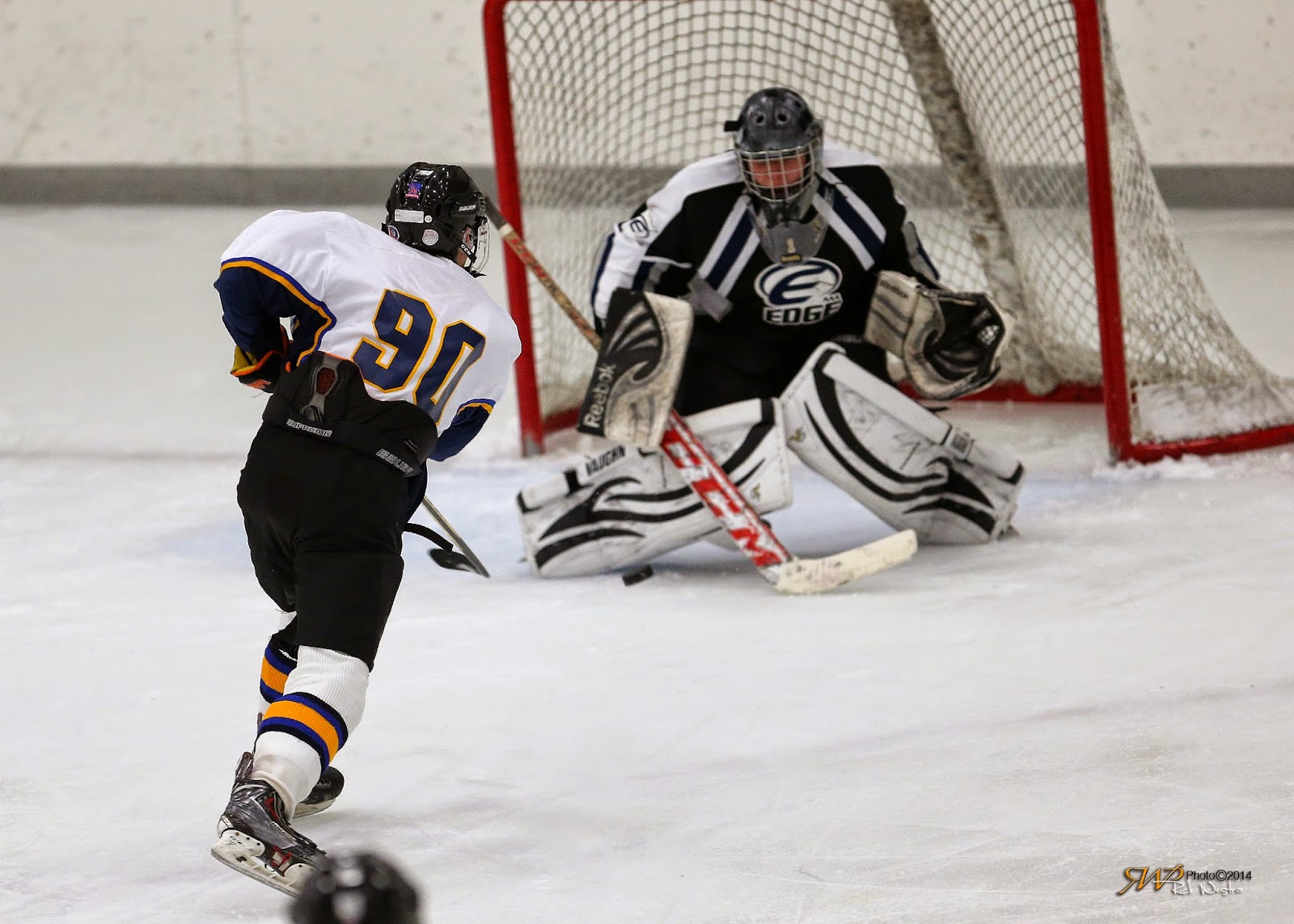 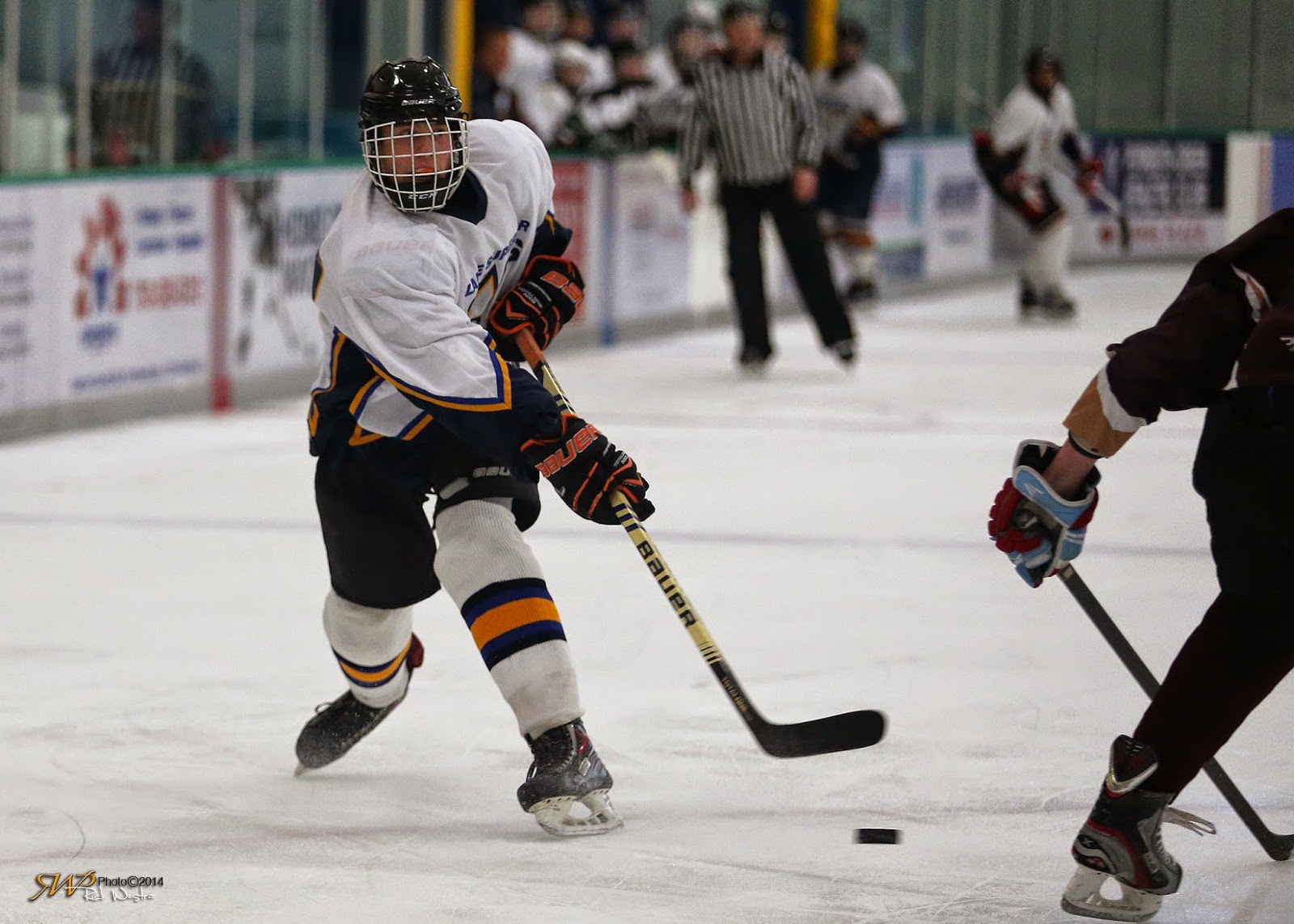 Sunday, the sun shone just as bright.  Our championship game wasn't until 3 pm.  So the boys all gathered to shoot some baskets, kick around the soccer ball and just hang out together some more.

This team, the Lake Superior Stars, was in its last year, and this was their last tournament after playing together for 7 years.

We were sad after the last couple of months we spent with this team? How did they feel coming to the end of 7 years playing together?

We could only wonder. 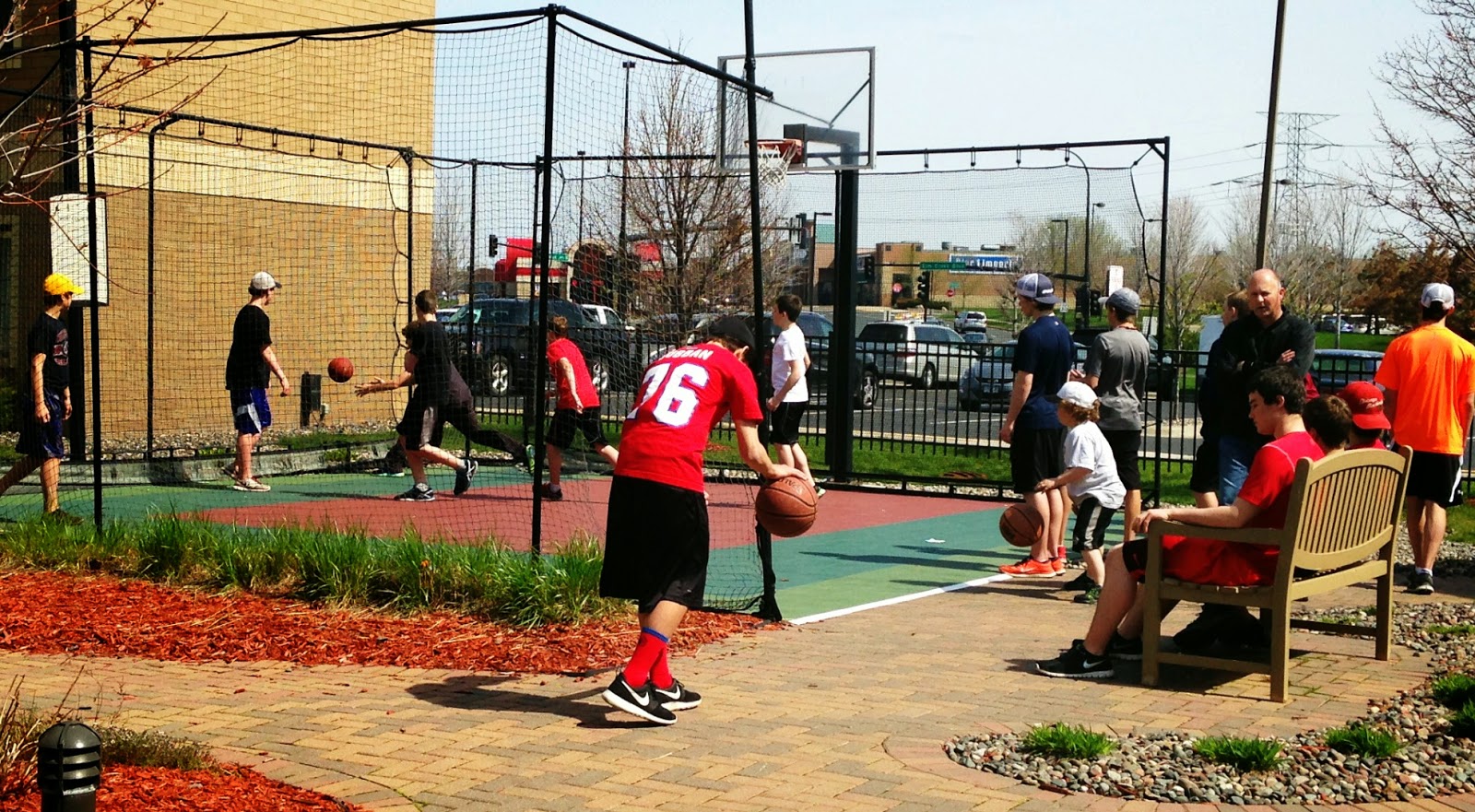 Rick and I even got a few minutes to sit outside and enjoy the surroundings. 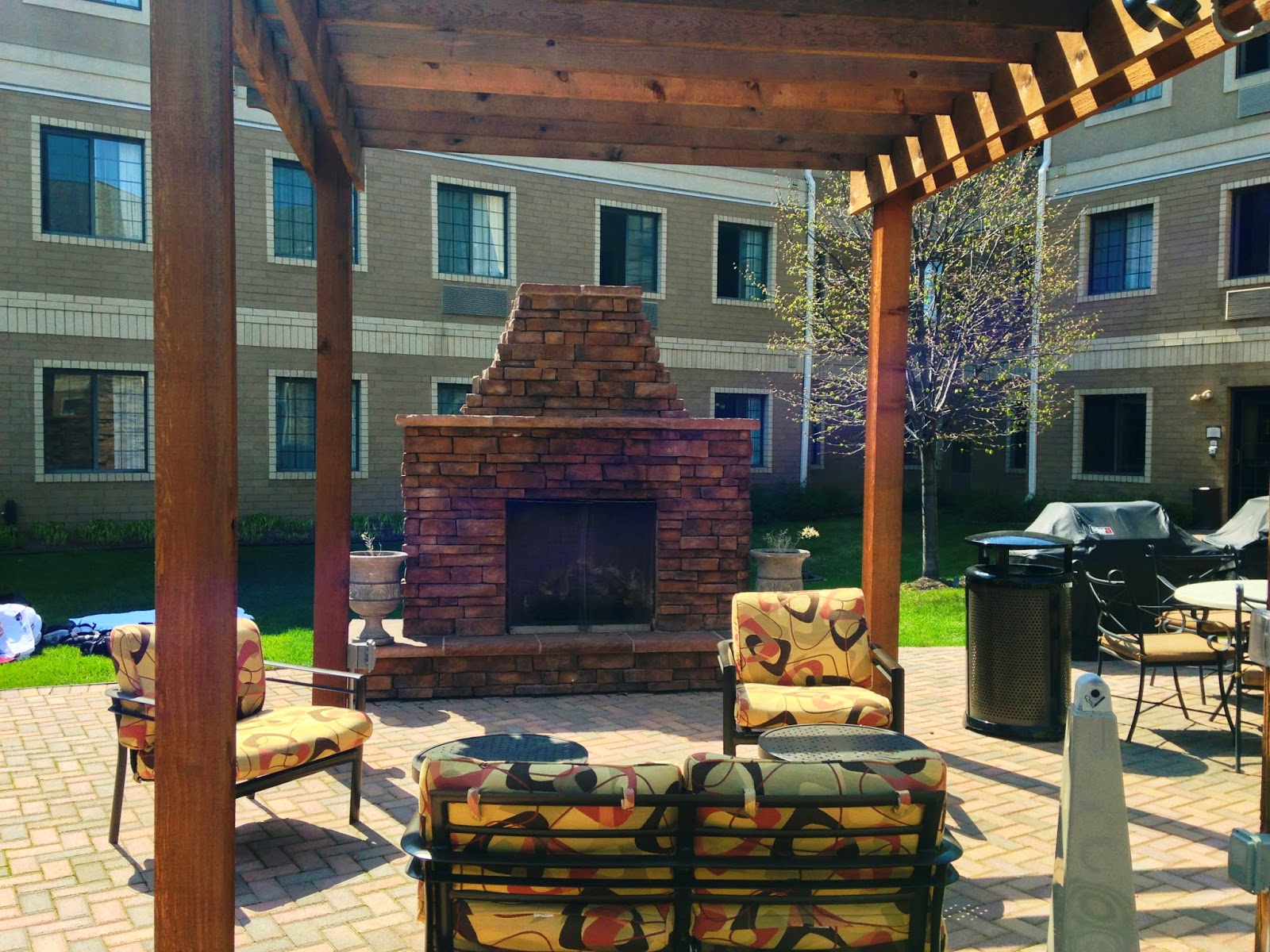 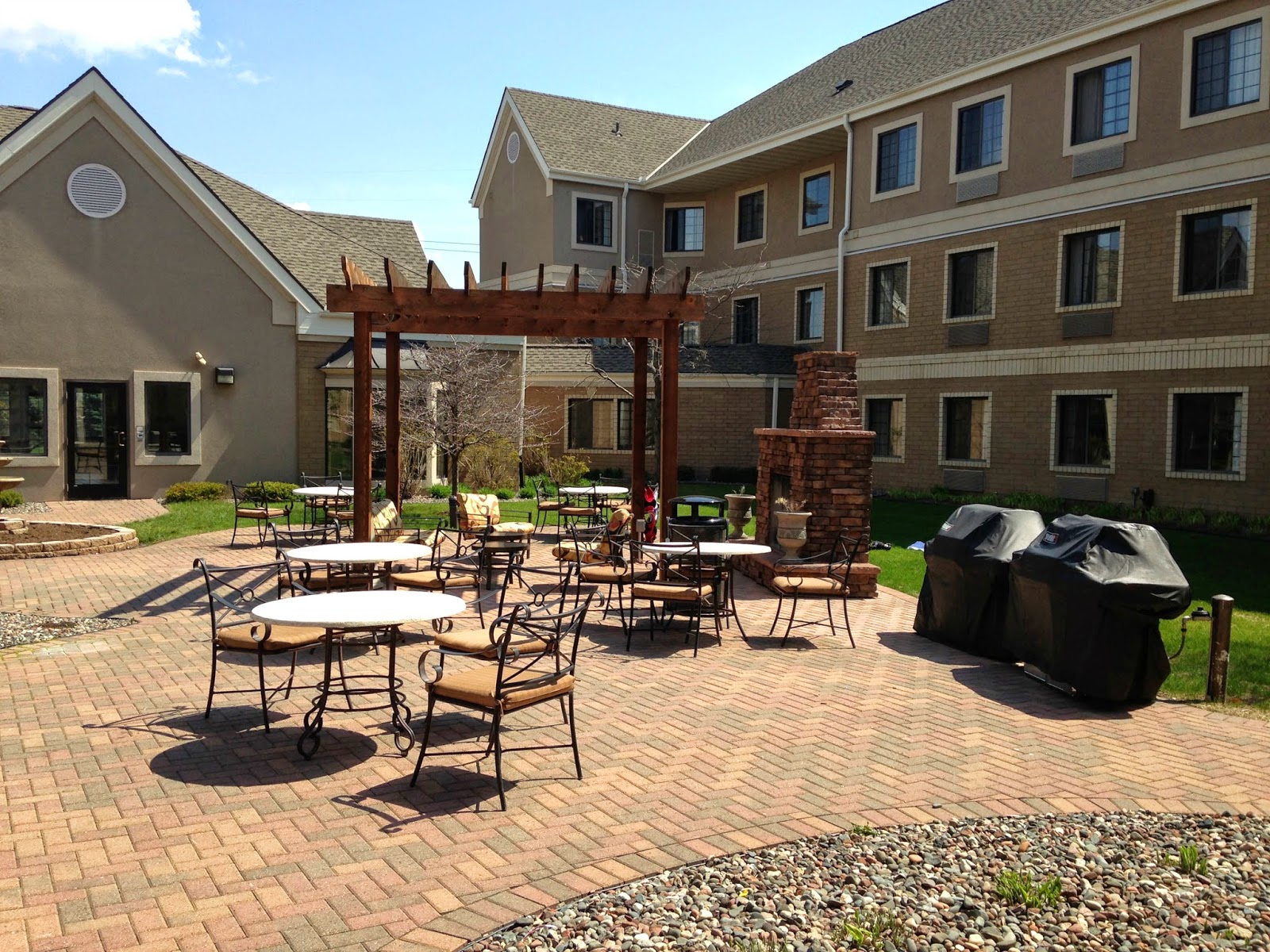 All too soon, it was game time. 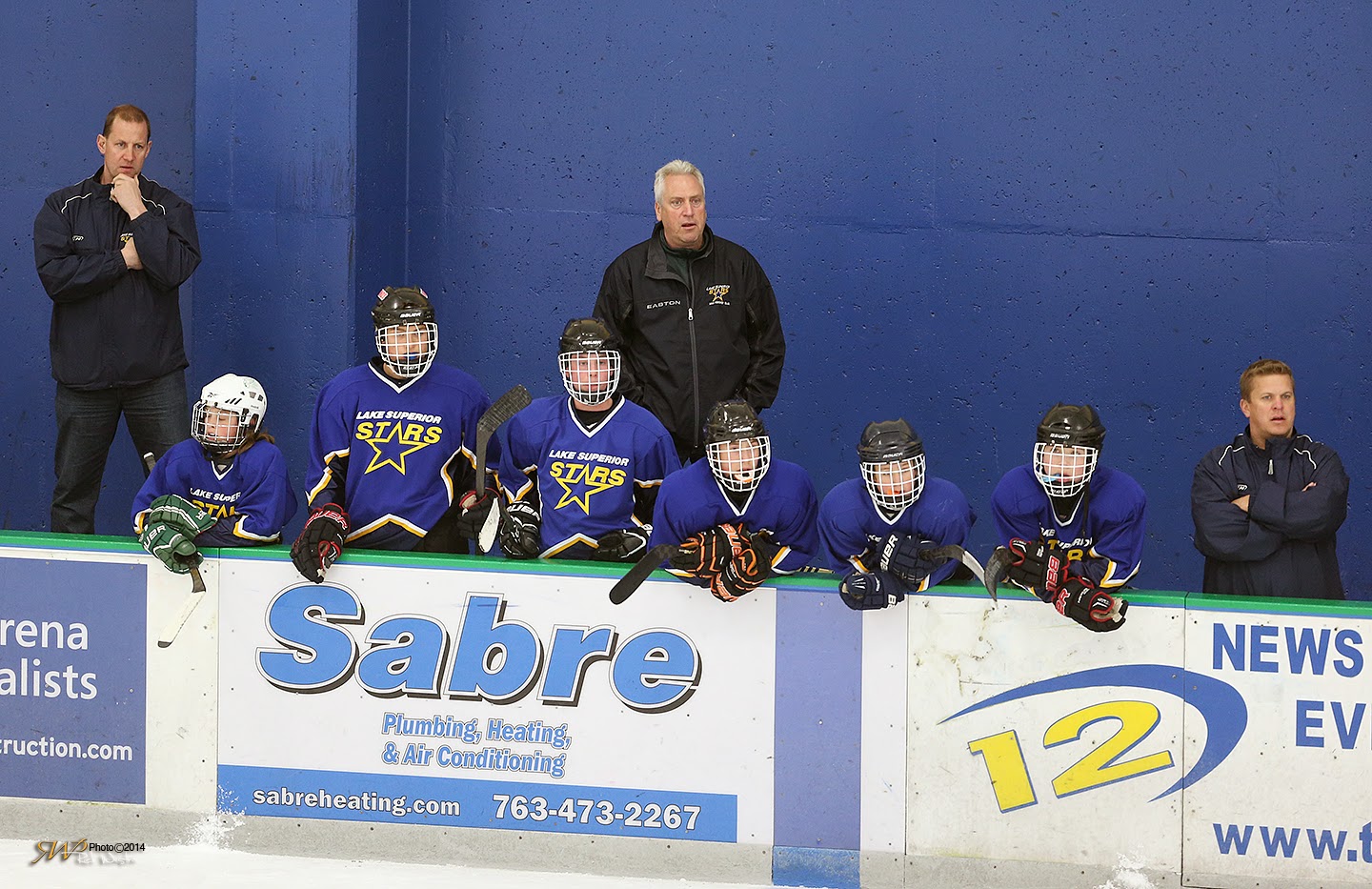 The Wisconsin Bucks had not lost a game either and were headed into the Championship game 4-0 just like us.  They played a really defensive style game and it was hard for us to even get a decent shot off. 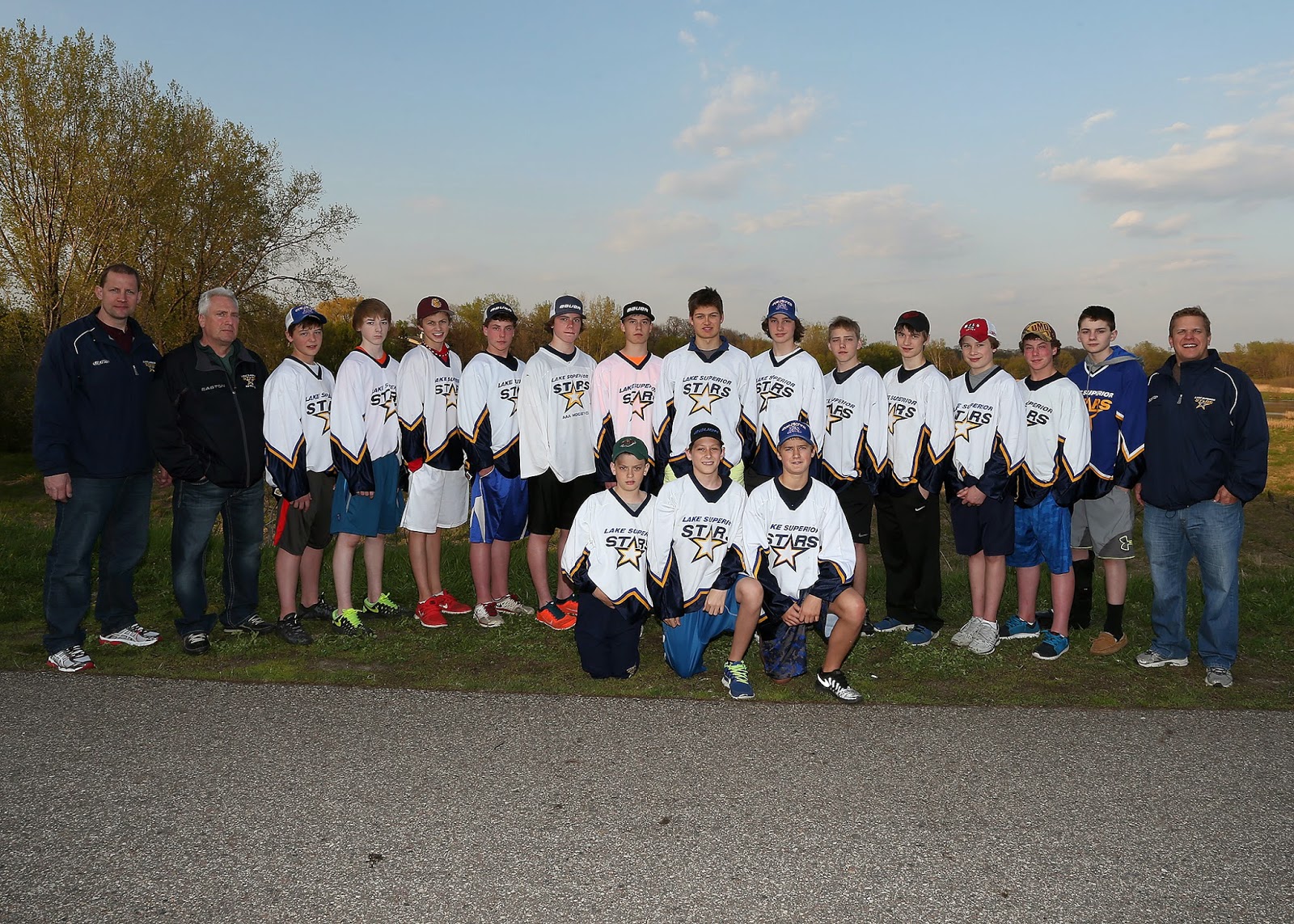 As spectators, we were literally on the edge of our seats, willing the puck and our kids to gain some momentum going the other way.

Then suddenly, we broke through.  #80, one of the Baker boys, buried the biscuit in the basket and we were up 1-0.

We eventually scored one more goal, and went on to win, 2-0!

The Lake Superior Stars, in their final tournament, were the Champions! 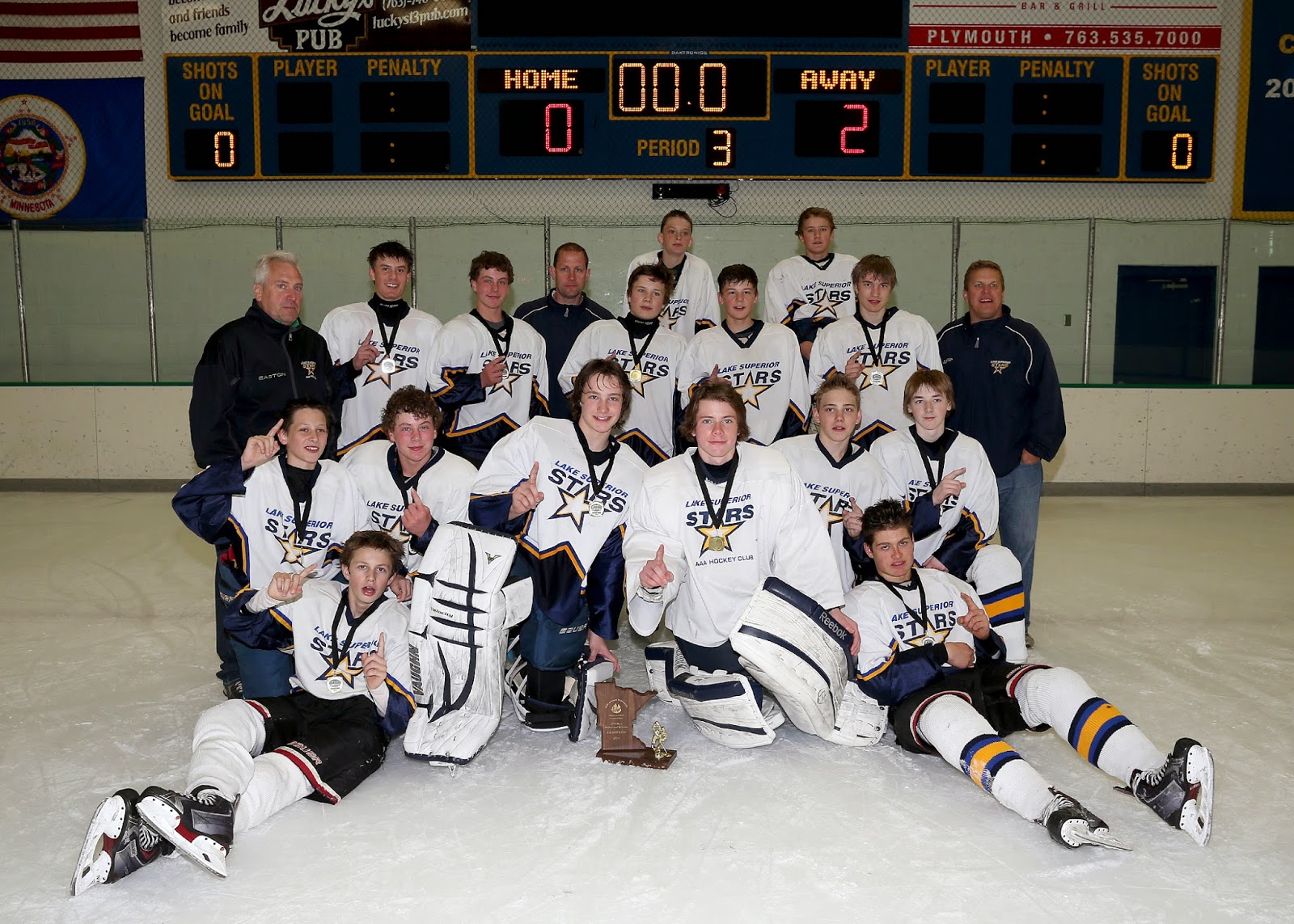 We had a chance to talk with one of the coaches Sunday morning.  We simply expressed our thanks for the opportunity to play with them.  And what was so encouraging to hear was that, his philosophy was in developing good kids who turn into good people.  Very little of what he said revolved around how our boys played hockey.  He was more interested in their manners, their respect, their desire to learn, and their hard work- their character mattered most.

Our thanks to the coaches, parents, and team mates of the Lake Superior Stars!

Back soon- off to see Dr. Antoniuk and get the details about surgery.