"Real strength is not just a condition of one's muscle, but a tenderness in one's spirit."
McCallister Dodds 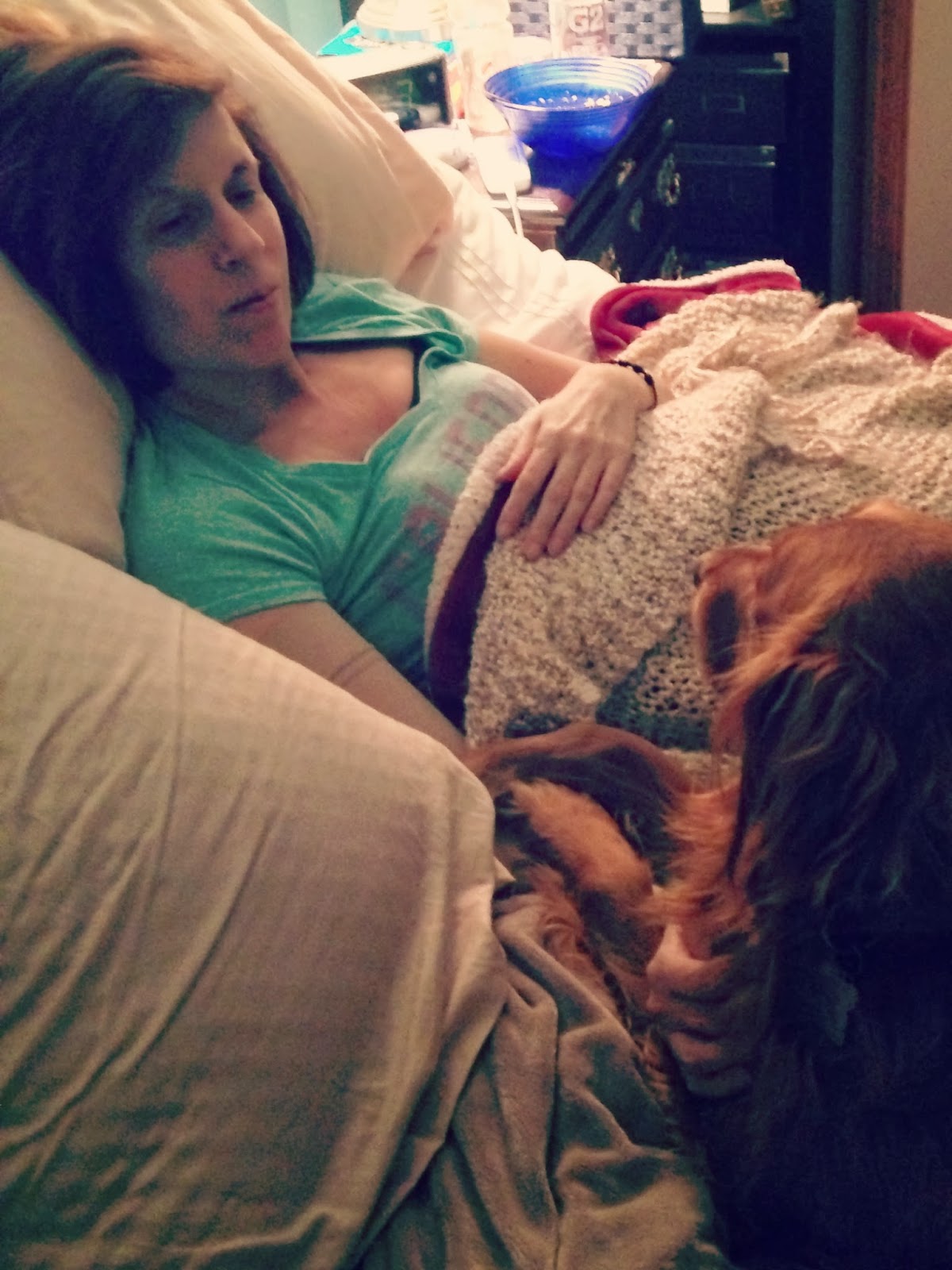 It was hard to capture on camera.  But Crosby has this innate sense of compassion.  How he expresses it, is something very unique to him.  He wraps his big paws firmly around your arm and crosses his paws over at the ends, as if to say, "you're mine."  Or maybe, "I'm yours."

Its hard to see it but if you look closely you'll see my hand petting him and his arms laying on top of mine.  He is also gazing right into my eyes.

He is medicine for the spirit and soul. 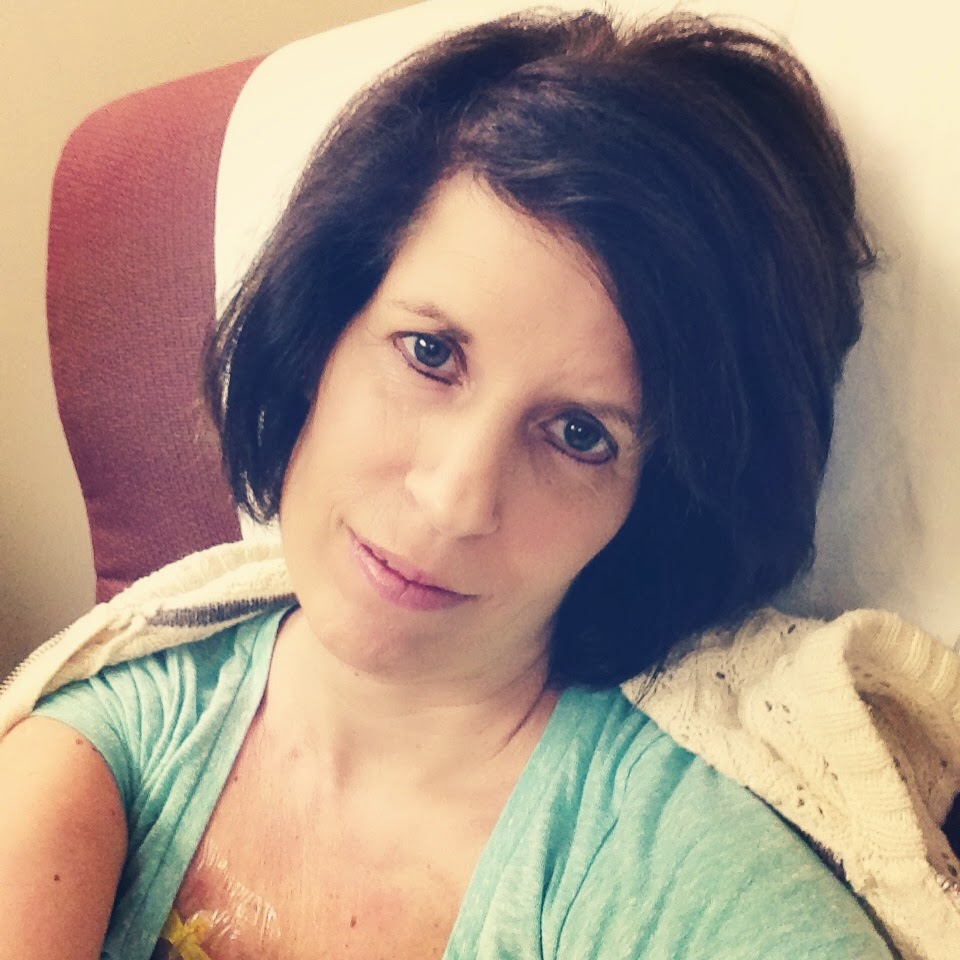 "Courage is only the accumulation of small steps."
George Conrad

Dr. Panwalkar wanted me to go ahead with infusion yesterday.  I had no fever or chills, and while my cough is unchanged, I am feeling somewhat better.

I did get to read a report about my lungs, from the chest X-ray done last week.  There is a "mass" growing on the left side, but what can't be determined at this time, is just what that mass is?  In all likelihood, one would expect it to be cancer.  But it could be fibroids, or the result of an infection or some other disease of some sort.

We simply have to watch and wait, and hope that the mass doesn't get bigger, or responds to Arimidex and starts to shrink.

As I entered my infusion room, I was so surprised to be greeted by Cathy, the receptionist.  She brought me the gift of a lovely book. Its a book of poems and photo collages and I just know I will be using them in blog posts to come.  Thank you sweet friend!

It was very quiet in my infusion room yesterday.  I journaled my gratitude, completing page after page.

Until a new voice entered on the other side of the curtain.

She was new to Roger Maris.  And her nurse was asking about her surgery and her newly inserted Pic line.

"Oh, its nothing at all. Don't even notice its there. In the grand scheme of things, that just doesn't register."

Her and her nurse went on to discuss her new chemo.

How many blood transfusions had she required?  Had her white blood count dropped to zero?  Did she want to see the next month and how they had "mapped out" all that they were going to be doing?

Then the nurse asked "How many days were you in the hospital with your last dose?"

The woman was very matter of fact.

"Well there were a few glitches, so it ended up being 33 days. Then I went home for a week and then back for a week.  Then next week I'll be going in again with my second round."

The nurse says very compassionately, "Ohhhh, that is a lot to have been through."

The patient responds and I discern her resolve, steady and firm, "yes, but really, its all I have.  Whatever it takes, I just have to do, so I am."

And she is, clearly she is.

My perspective subtly shifts.  She is grace, God given, and I am grateful to receive the gift of her presence, the sheer magnitude of her story,  this day.