When the stars line up...

“Sometimes, the stars line up, the gods smile, and love gets a fighting chance. Just a chance. That's all it can really hope for. No guarantees, no certainties” ― Tess Gerritsen

I've traveled light years in what I've learned over the past 5 years of blogging. Not just in the kosher and technical ways to blog, but truly in what its like to live in community with others- especially if its a blog community.

I didn't know it would take a trip to Nashville for the line to be drawn through so many of my "dots," that seem to have been scattered since the beginning of my time blogging.

I didn't plan to go to Nashville, to meet any blog friends.  It wasn't on the agenda, and the thought didn't occur to me simply because I wasn't ever certain I could even go on the trip.  The main reason of the trip was for Rick to shoot hockey photos of our friend Matt Cullen, for his charity and for our local newspaper.  Period.

Me, getting cleared to go, was last minute.

And I was worried a bit.  How well would I travel?  What would happen when the stomach cramps and need to be steps from a bathroom kicked in?  How would I deal with the fatigue that plagues me often?

This is where my word "Embrace," usually comes into play.

I listen to my spirit, lean in and decide to just go.  I try to let my human brain and its need to feel in control, surrender to what I could never possibly conceive.  To be guided by faith and trust in something, someone,  bigger than I.

So I casually reached out to my blog friend, Melissa, knowing she doesn't live far from Nashville.

Melissa is a beautiful soul, a mom to two adorable kiddos, Camden and Rory, a wife to Brian, and a cancer sista, living with ovarian cancer, diagnosed within weeks of myself.

It was her sister, Becky, who wrote a beautiful comment on my blog, having battled breast cancer herself, who introduced Melissa and I.

And just look what happened?  We met, in person, face to face.  I heard her voice for the first time.  I hugged her, as I longed to do so often over the course of the last 2 1/2 years. She is every bit as real and beautiful and funny in person (oh my goodness do I find her humor refreshing) as she looks and sounds on her blog.

She so eloquently wrote about our time together in her post entitled connections.

Our morning at the Thistle Stop Cafe flew by.  I felt as though I was meeting a lifelong friend for a long overdue lunch.  I clearly didn't see this "dot," coming. 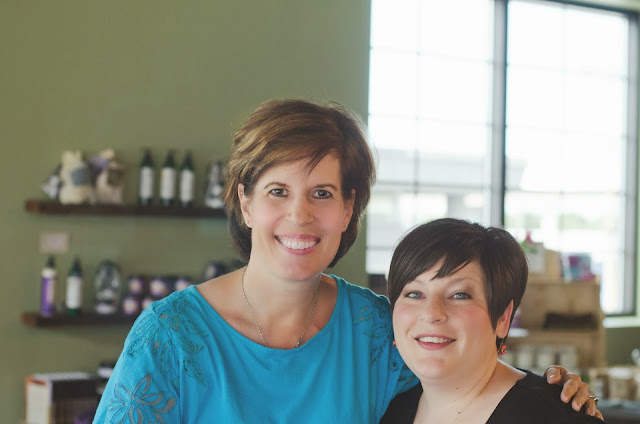 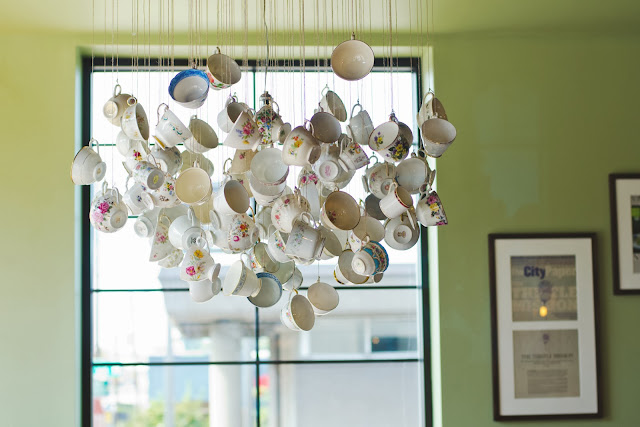 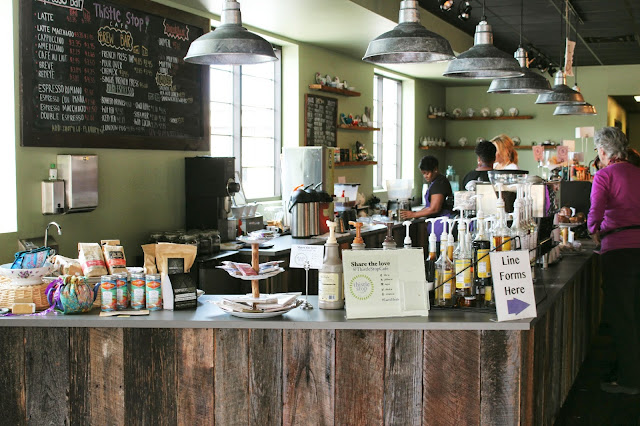 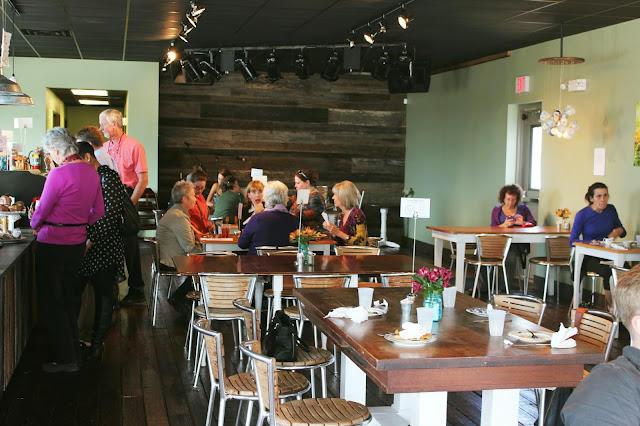 So who could have possibly thought, in the meantime, another blog friend was preparing to invite us to come and see her- one dot leading to the next... leading too...

In the meantime, Rick was preparing for the home opening game where the Nashville Predators would take on none other- than Matt Cullen's former NHL hockey team- The Minnesota Wild.

Talk about a bittersweet night.  Just who would come out victorious on this inaugural home game? 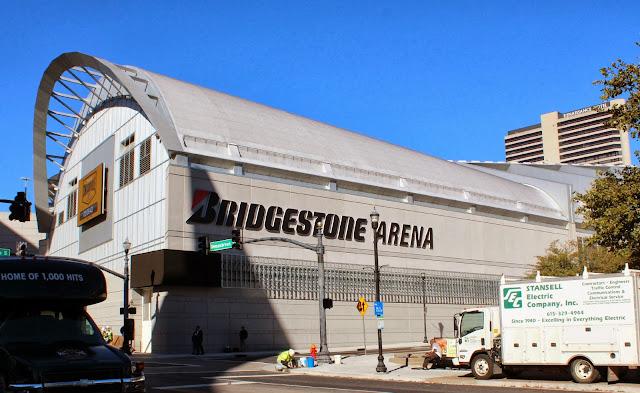 A party on the plaza was complete with live music and a "red carpet" of sorts for the players to walk upon arriving at the arena.

I have to say, by comparison to the "State of hockey" in Minnesota, the fans were a bit more relaxed and quiet, something I was unaccustomed to. 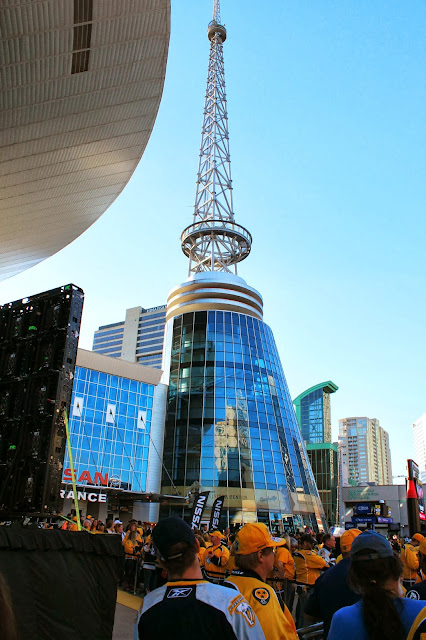 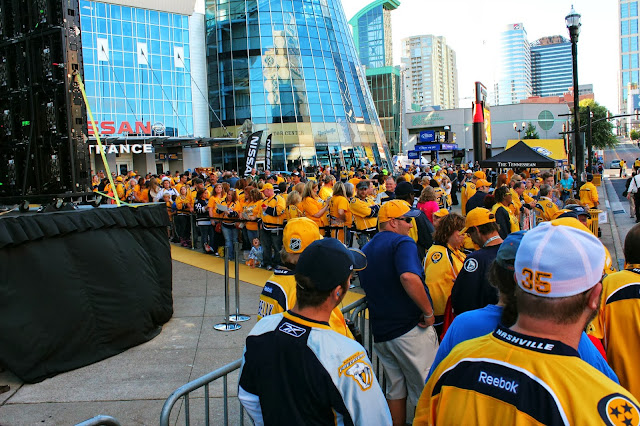 Ronette and I with our "Cullen" jerseys.  I was the lucky recipient of a generous gift of Matt's very first Predators jersey this summer and so proud to wear it the first night in support of Matt. 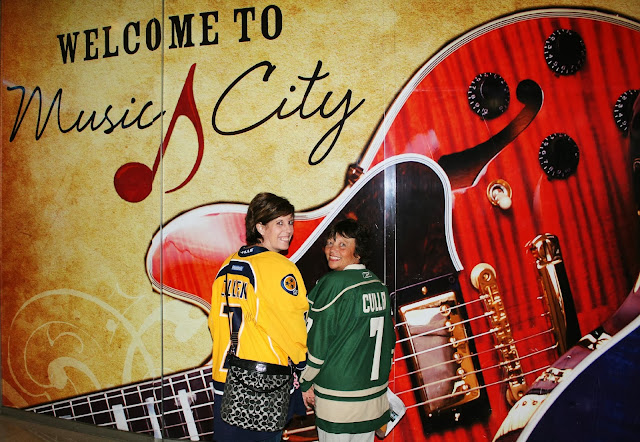 The Wild warming up. 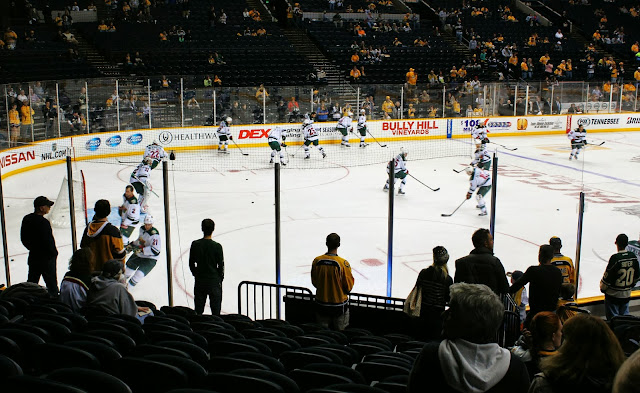 I took more photos and videos with my phone that night and they are all lost now.  The uber cool one I lost?  The one of Vince Gill singing and playing music in between periods of the game.

But Rick got this awesome shot of Vince's daughter, singing the national anthem before the game, and turned it into this painted photo rendition. More of Rick's photos can be seen at his photograhpy facebook page RWP. Would love for you to stop by and like his page!! 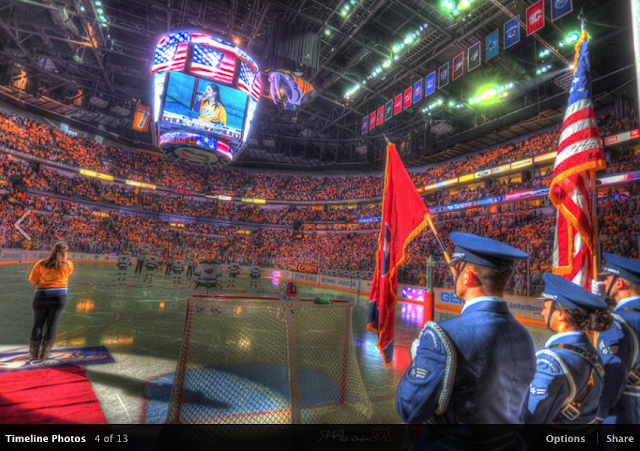 Here is another one of Rick's photos of Matt with the puck.  Matt went on to get an assist and the Predators would win the game 3-2! 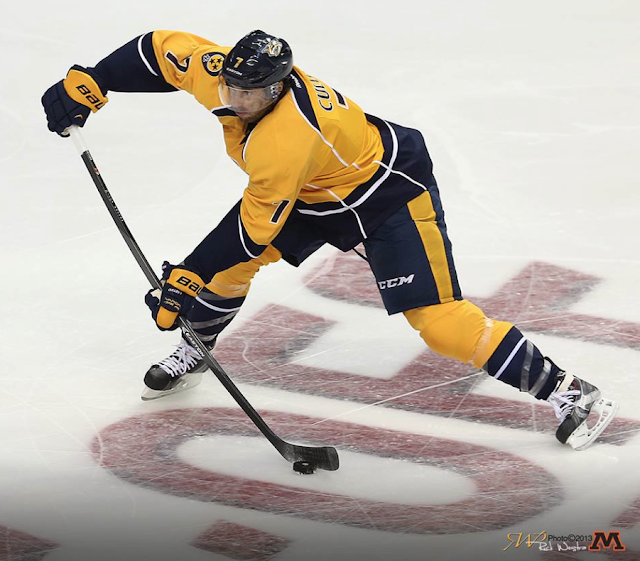 Two of the Cullen boys, clearly still in transition as well.  While one cheered every time the Preds would score, the other cheered equally as loud when the Wild would score.  Somehow, I knew exactly how they were both feeling. 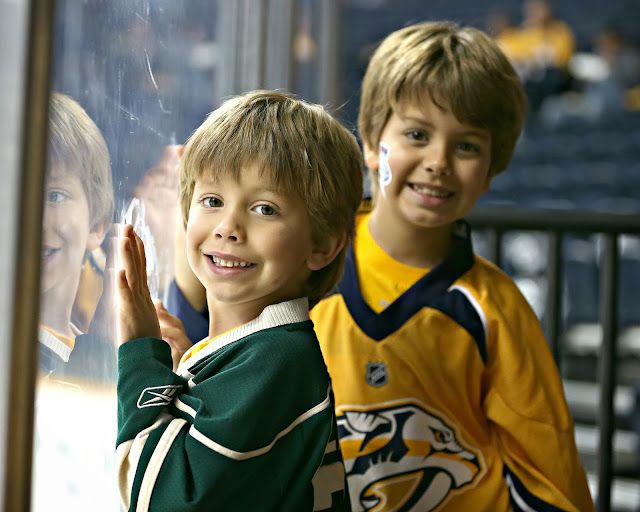 I'm in the midst of finishing the story about the "dots and stars" aligning for me on this trip and will post it soon. It resonated so deeply with me and I am hopeful so many of you will get something out of it too.

I'm also working on my speech which is suddenly taking place next week!

In the meantime my visit with Dr. Panwalkar went well on Tuesday.

He was relaxed and rather humorous and that hearty laugh always does my soul well.

I will begin radiation on Monday the 28th for 3 weeks.

I will also at that time, be taking a break from Tykerb.  I may get a few days of feeling more like myself again.  Amazing the things I now find myself looking forward too.