yucky with a side of ugh...

I don't feel well, at all.  I expected some nausea and fatigue after infusion last week.  I kept a low profile Wednesday and Thursday.  But the gnawing in my stomach continued Friday.

I made it out the door for a haircut and was overwhelmed by the generosity of my stylist, Amanda.  Having heard about the cost of my medicine, she refused to let me pay.  I was instantly in tears.  When I don't feel well and am so vulnerable, I seem to wear my emotions on my sleeve and let my teary eyes tell my story.

By Saturday mid-afternoon, I was flat out in bed.  Cramping began in my stomach and running to the bathroom became a pastime.

I did go along with the boys for haircuts.  Nolan had asked, yes, his idea, to have his hair cut shorter.  I was thrilled to see all that hockey hair go.  He easily lost 5 or 6 inches of hair. 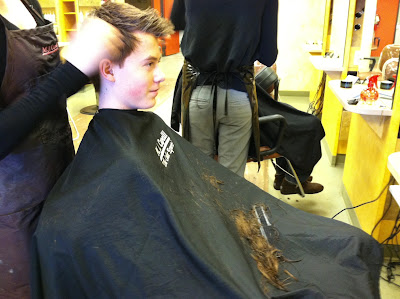 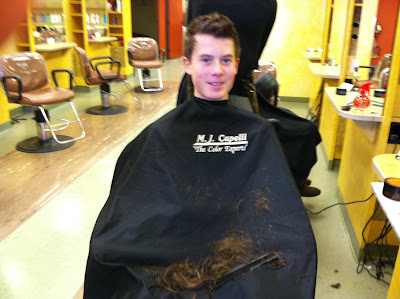 Crosby has been my man.  Not only has he not left my side, he has almost entirely stopped eating and drinking.  He acts completely normal but turns his nose up at his food and water. 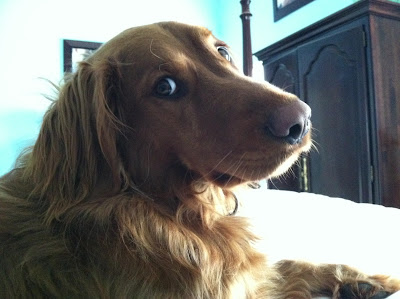 So we have two calls in this morning.  One for my poor pup, who is taking "sympathy" to a whole new level, and one for me.

I am determined to come up with a plan so I can take my drugs, feel well, and take my excited boys on their trip later this week.  That's not asking too much, is it?  *wink*