School let out an hour early on Friday which hasn't happened in eons it seems. We snuggled in- this little one secure in the arms of his Dad as they watched Gold Rush.  Someone is due to "hit the motherlode," this season and we can't wait to find out who that will be? 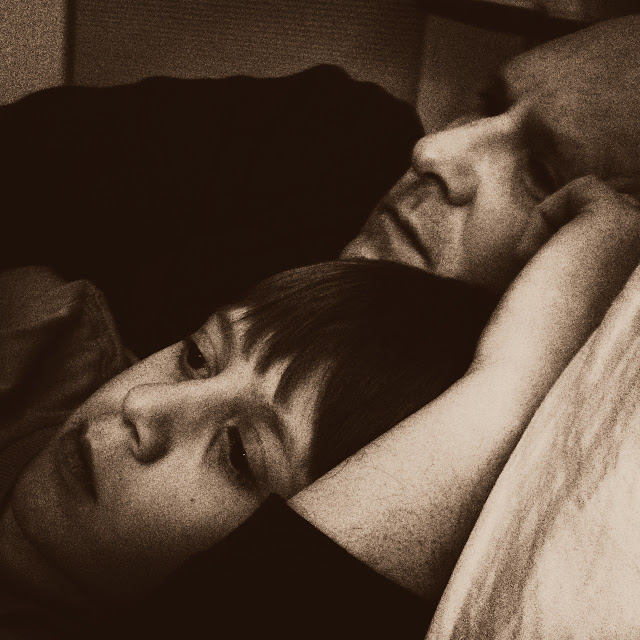 But our big storm?  Turned out to be kind of a big bust... so it was hockey as usual this weekend.  Big brother even came to watch little brother play goalie for his team. 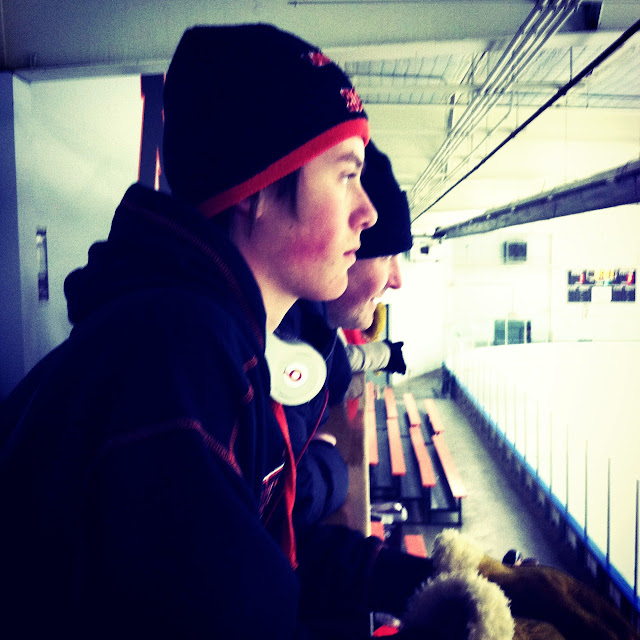 After a very late evening game in which Nolan's team beat a good Fargo team 4-3 in overtime, we were up early for the start of another week of 6:30 am practice.

As soon as Rick came home this morning he took me up to do my blood work before I saw Dr. P later in the afternoon.  I was blocks from Roger Maris when Dr. P's nurse called.  Could I come in earlier to see Dr. Panwalkar?

It actually worked out great.  I went and let them stab me three times in the arm before they found a vein that would work.  I had hydrated myself and made sure I was warm before they called me back.  The chemo has just taken its toll on my veins.

We ran just a couple of errands for Rick's work and then we saw Dr. Panwalkar.  My heart was almost beating out of my chest I was so anxious.  But he was his calm, happy and gentle self.  The first thing we went over were my lab results.

I blinked, then blinked again.

My tumor markers were exactly the same as before.  They have not moved in 3 months time.  I'm still stable!

My platelets are still low.

But all of my other numbers were where we needed them to be.

So next we tackled my lymph node.  He was inclined to take a wait and see approach.  But he didn't doubt the symptoms I have as I flinched when he pressed down hard.

So he sat and thought a bit.  And then said "Well maybe we should just go ahead and get rid of it.  Its likely the last little bit of cancer you have in you- so we'll just take it out."

Holy. Canoli.  I did not expect him to say that.

Take out all of my cancer?  I've grown so used to having cancer... the idea of embracing a period of time without cancer just never crossed my mind.  Hello embrace... my arms are opening wide...

So Dr. P  presented two options.  Shrink the node/nodes with radiation, or talk to Dr. Bouton about removing them surgically.

He also took a peek at my wound and then after we thought about it a bit more decided maybe making another incision with the potential of it not healing was not the best plan!

So Dr. Panwalkar left in search of Dr. Foster and I will wait to hear what they decide.

I've come so far.  Before bc, I would have been terrified to think of having surgery or radiation.  But today I was excited to think we could treat my arm with either of those options potentially, and I was so happy just to have those options available.

Nr. Ned (no evidence of disease) you have been a terrible flirt.  But I am so on to you!  You had better save a dance on your card for me!

I sat this morning reading all the emails, texts and comments left by all of you.  You give me more than you could possibly know.  Each note, each word, each hug- buoys me and supports me and I am so deeply grateful to all of you for that.

Let me bless you with My grace and peace.

Open your heart and your mind to receive all that I have for you...

... remember that your relationship with Me is saturated in grace.