I didn't mean to disappear from blog land- not at first. How exactly did a whole week go by since I last posted?  It could have a little to do with this lovable twerp.  His team got asked to fill in for another  team at our home squirt hockey tournament.  So late Thursday night we were scrambling for a dress shirt and tie to wear to school the next day.  He was so pumped to be playing.  While it meant we played in town all weekend, we ended up with 7 travel games to attend.  Plus... 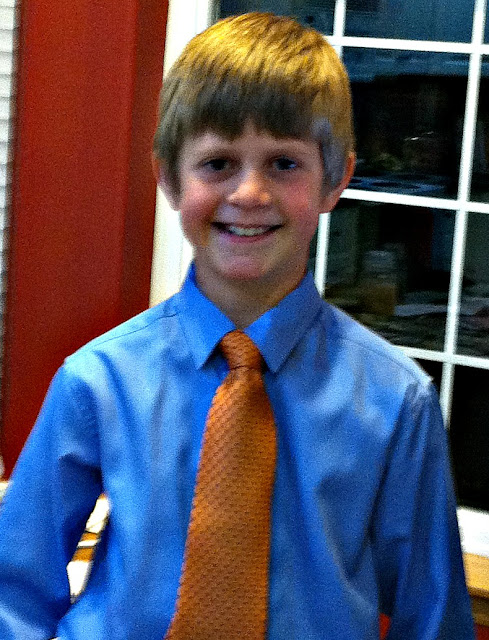 my blogging disappearance could have something to do with the other major Friday event.   We dismantled my computer desk, and moved out the table and chairs... and through the hard work of two busy installers... we went from this... 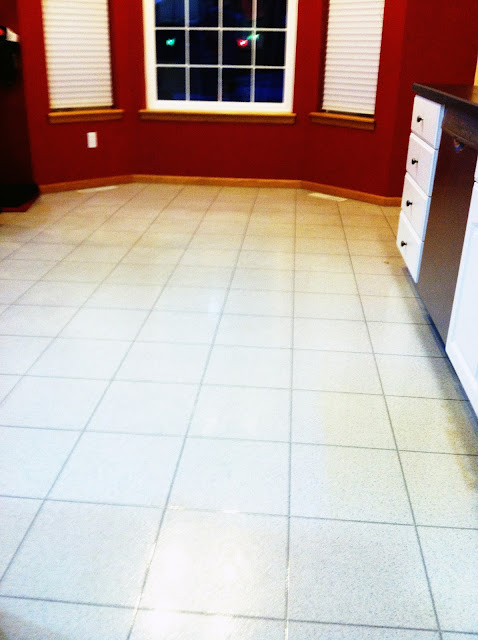 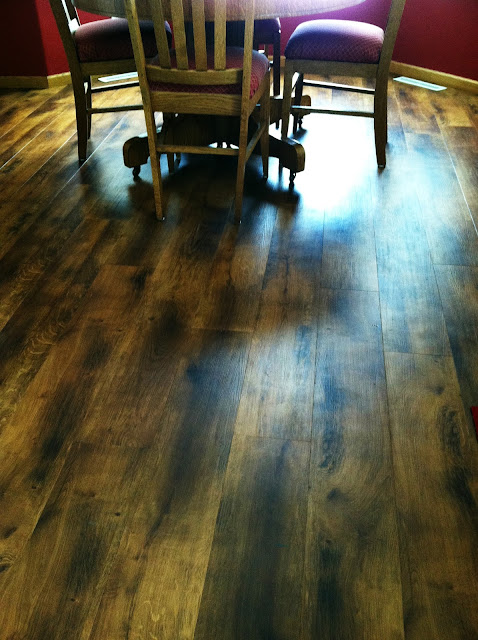 Do you know this is my very first new floor?  How lucky are we to have relatives who own a flooring store named Fargo Linoleum.  Between two boys and two different dogs, and lots of knee hockey, our floors have taken a beating.  And Rob, my cousin, helped us out in a way that is hard to repay.  And when he says "this is just how its going to be and don't try to argue with me..." Umm, well we are humbled and grateful and again reminded of the abundance that flows every day.

We needed durable, cost effective, floors that could withstand a lot of traffic, but required little in the way of maintenance.

So it looks like wood, doesn't it?  Or laminate maybe?  But no- its vinyl planks from a company named Karndean that literally were glued down over our existing floors.  I can't even begin to tell you how the flooring transformed our kitchen!  Seriously worth considering if you need a durable and budget friendly flooring.  I know just where to send you to find it too!

Merry Christmas to me (grins)...

Bigger projects are in the works which we will reveal at a later date and all of this will make sense considering some big changes coming our way.

So how did Colton do in his tournament?  He played goalie in the first game and they won 5-3.  Colton watched as they lost the second game (to the eventual winners) and then played a really close third game.  Colton was in net and managed to make two big saves at the end and they won 7-6.  They played for third place the next day and lost at the end of the game 3-2.

We were so proud of our boys.

It was no wonder it was well into Friday evening before we heard about the tragic shooting in Connecticut.

By Monday my computer was back up and running... I had thoughts of blogging... but... just what do you say?

Words just seemed to take a back seat to sadness and mourning over the loss of innocence, and just the senseless nature of the tragedy.

Thank you to everyone who came in search of me wondering if I was okay- I am feeling well and taking advantage of the energy to accomplish some Christmas-y things.