The letter came in a formal looking envelope addressed to "The parent's of Mr. Nolan Westra."  Oh-oh- my heart sank just a bit.  But eager to find out what the ominous looking piece of mail could actually be, I ripped it open and began to read.

It seems that Nolan had been nominated by several of his teachers in Pod B for being a good kid!  We were asked to attend a breakfast last Friday to honor the students and then watch them receive their certificates.

Ms. Lockhart, the principal of the school, read what the teachers had to say about each student and then handed the certificate and a bag of goodies to each one.  Ms. Lockhart said each pod has about 145 students, so to be picked as 1of 3 that were recognized was an honor.

Nolan's teachers said he was a leader in class, a hard worker, and a joy to have around.

I don't know who beamed more, the students?  Or the parents!  The school plans to hold the breakfast 3 mores times this year so that more students can be recognized.  There were so many other kids we knew surrounding us as well. We were so happy for all of them.

What a great way to introduce some positive reinforcement. 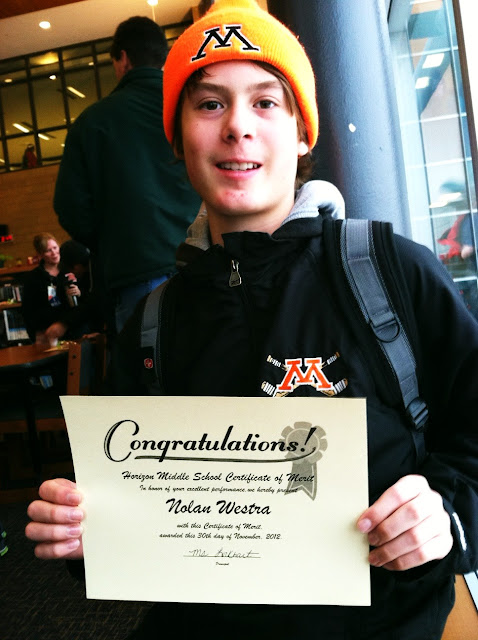 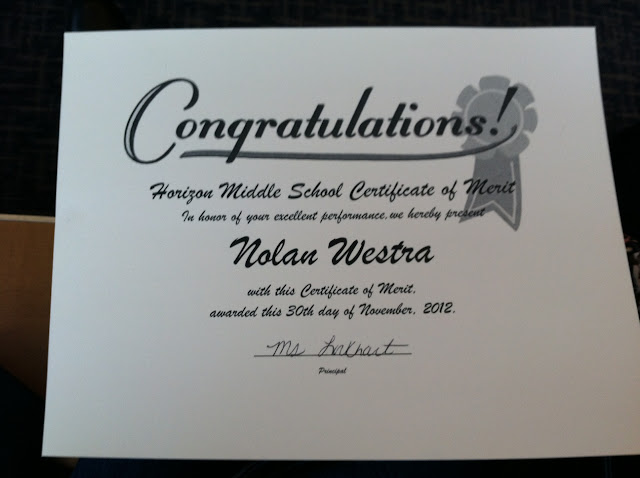 We have a busy week in store for us.  Rick is leaving today for Idaho for a week.  I have infusion tomorrow.  The boys have hockey every. single. day. this week.

I'll be doing my best to live those moments full- how about you?