I was midway through infusion Monday morning when the nausea started to creep in.  But I stuck to my agenda of doing some last minute shopping.  I came home in time to finish wrapping and then I got a short nap in before it was time for church.

I love the candle light Christmas Eve service and singing all the traditional Christmas songs.  I savored every last moment.

But I was running out of steam by the time we returned home to open presents.  I put some soup on the stove and let everyone fend for themselves.  We opened some gifts and Rick obliged me by taking a few photos.

The boys played their new games and I was off to bed early.

I've always said you could get him a pack of gum and he'd jump up and down with delight.  He did not disappoint in his joyful jumping at every single gift. 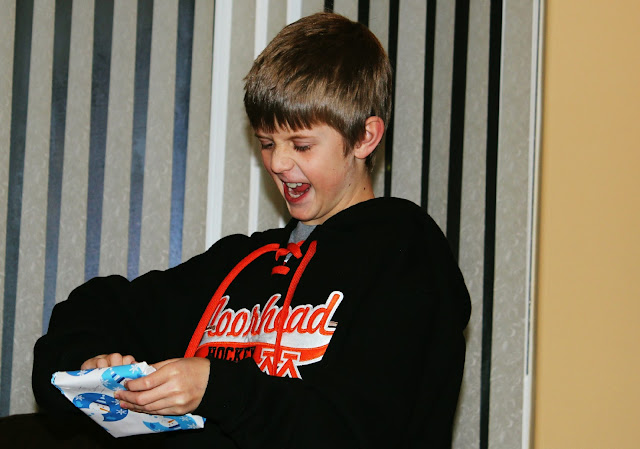 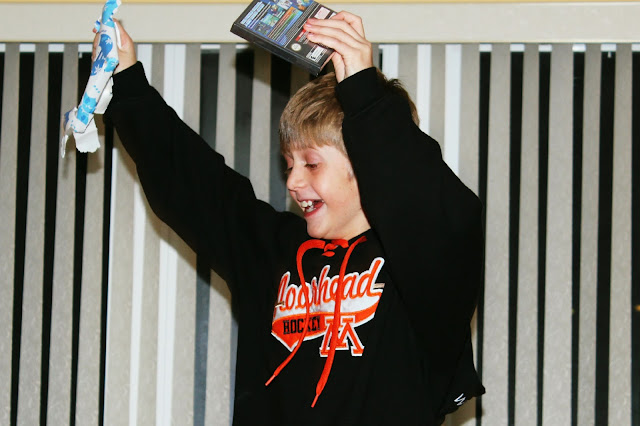 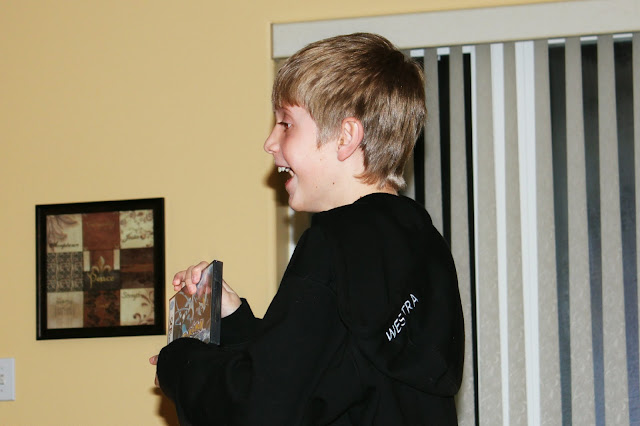 This one was a bit more understated.  He broke his hockey stick a few days earlier and had some tough choices to make.  If he needed our help to purchase a new stick, it meant less for presents.  It helped however, when he received gift cards- one specifically for his favorite hockey store and was able to order a new stick the next day. 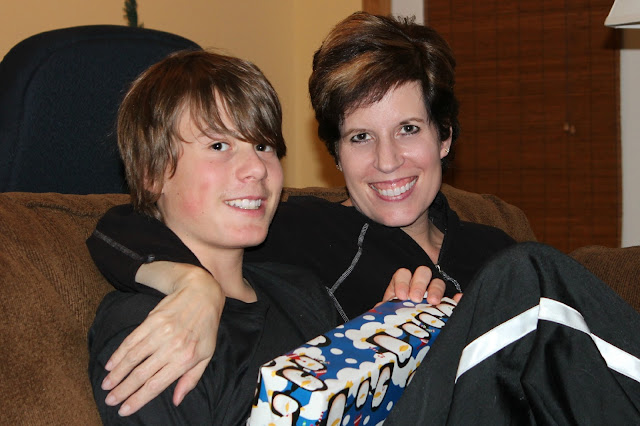 Christmas Day was cold and clear.  It was well below zero when we left for the lake.  I was tired and queasy but the distraction of the drive was welcome.  We headed to the lake to spend the day with Rick's Dad and his sister and her family.

I usually only get a brief glimpse of this church from the road.  But Rick obliged me a close up and I loved it even more. 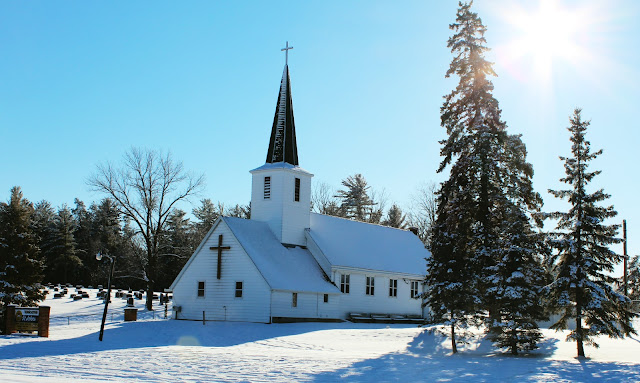 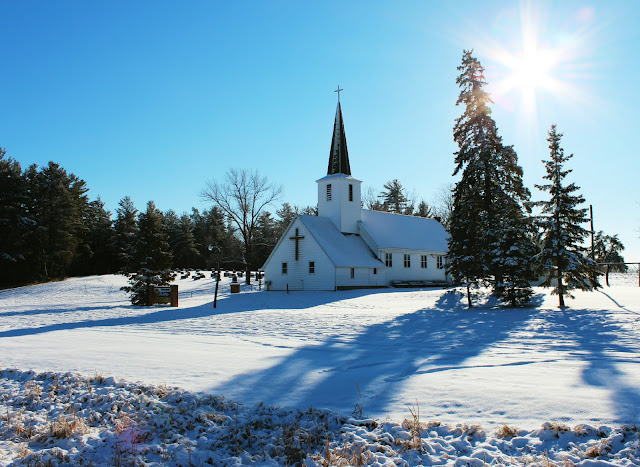 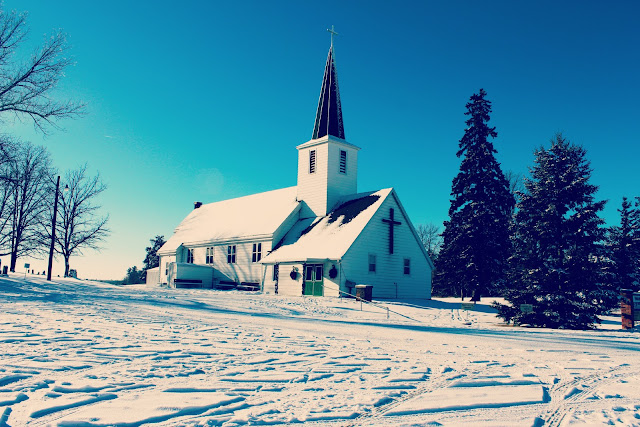 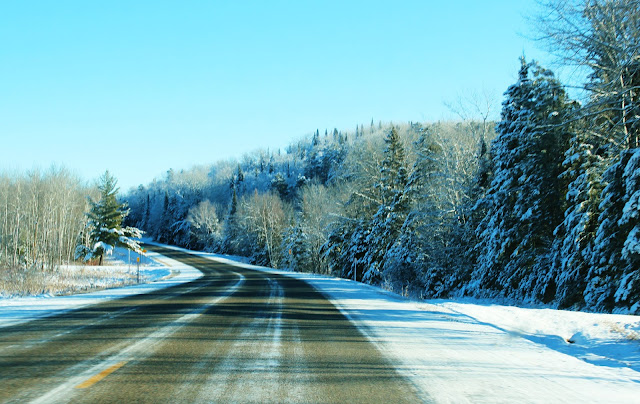 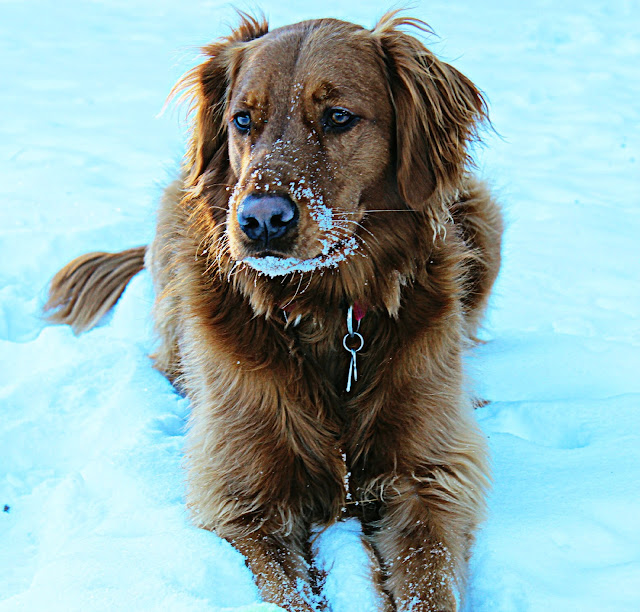 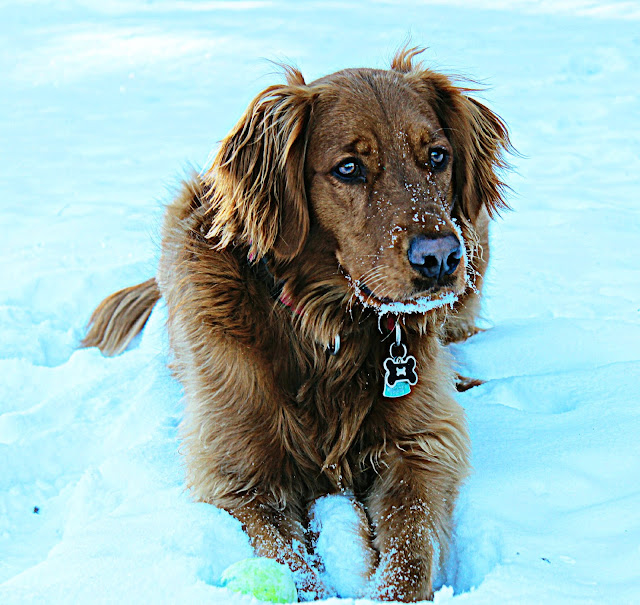 We ate a delicious dinner with Rick's sister and her family- all cooked by Jim!  From the turkey to the stuffing to the pies, he cooked and baked it all.  It was so tasty and we could only imagine the long hours he had put into that meal.

After dinner we took the dog outside to release his pent up energy.  The light was beautiful and it felt good to be out in the cold and crisp air. 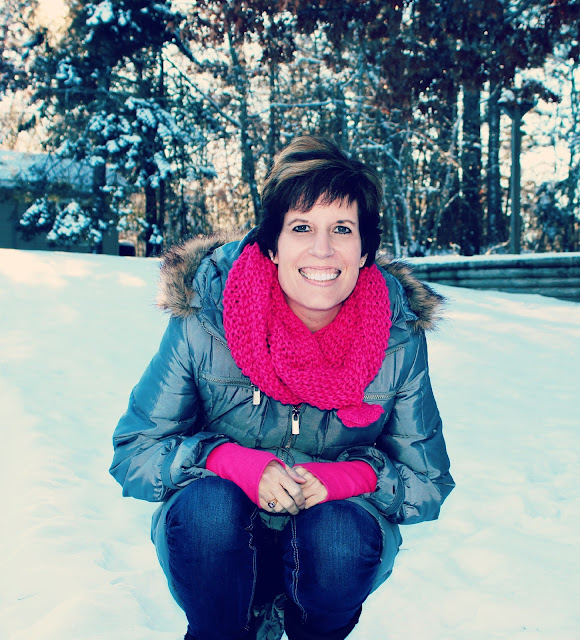 My lungs even allowed me to go all the way down to the lake.  I made a quick snow angel- um because I could.  Because I hope my kids always know you are never too old to be a kid again. 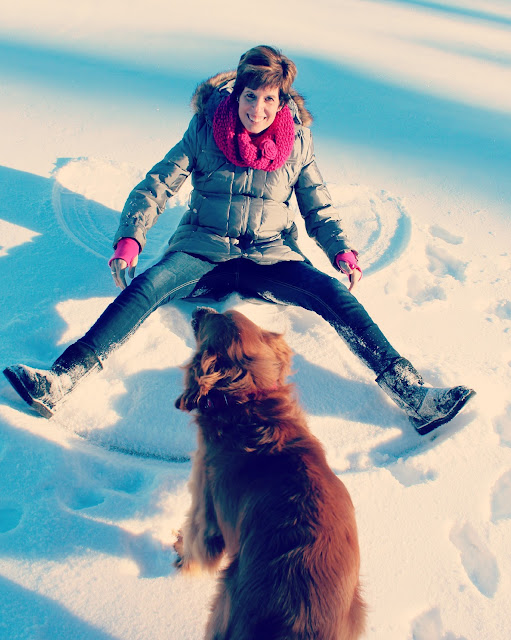 The feathery crystals of frost on the frozen lake were a treat to see. 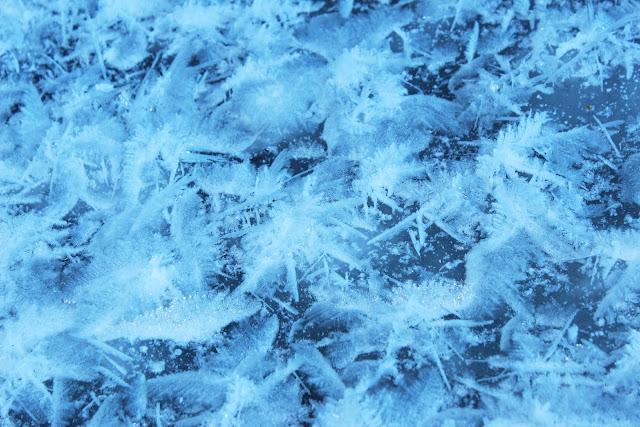 20 minutes in the frigid cold did me in.  I rested in the van on the way home and crawled in bed early.  My heart was merry and light and full.  Thank you to everyone who sent Christmas cheer our way! 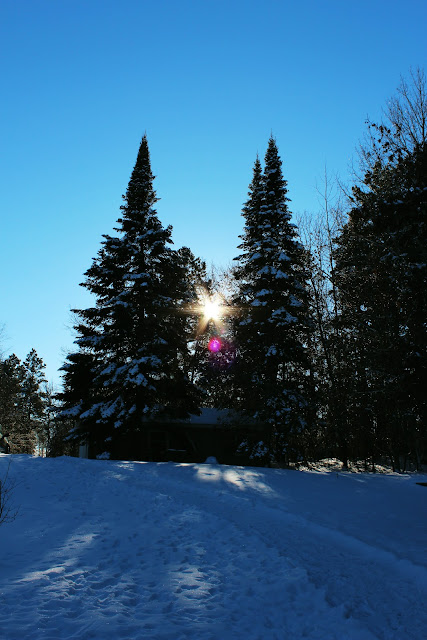 We are in the midst of more projects- and yet I can never stay away for too long.

I'm pondering my one word for the new year- anyone have one an idea to share?