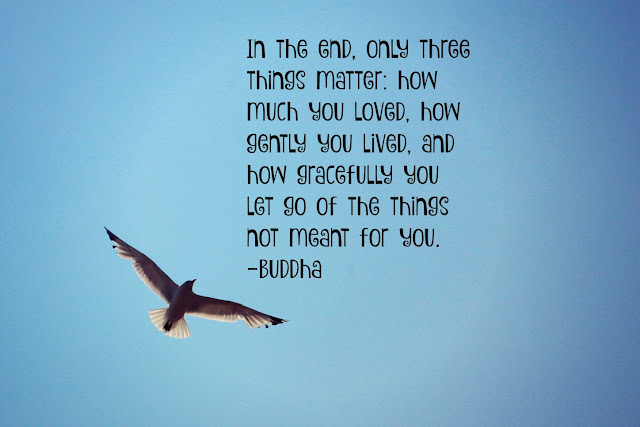 I'm not really sure when it started.  I get so dang tired of carrying cancer around with me that I don't pay a lot of attention to it.  But one day I stepped outside and whoa as I stopped on the top step, everything around me kept moving.  I felt like I needed to grab the pillar just to steady myself.

Within minutes, I was fine again, and off I went. It didn't happen again until I was in the car with Nolan.  Around a corner we sailed and my head?  Just kept on sailing as my stomach dropped and my heart started to pound- this must be what vertigo feels like?  What the heck?

Those initially fleeting moments start to add up after awhile.  And then... one day I toppled right over.  Oh I was probably cleaning up after the dog, bending, leaning, stretching, and then suddenly, flat on my bottom on the ground. It took a couple of tries to get myself upright again, I was so off kilter.  Uff da...

Yet, I'm feeling so much better, in so many ways. My words flow more freely, with some chemo fog lifting.  I have more stamina for sustained periods, as brief as they may be.  I can dry a load of clothes and bring them upstairs in a basket.  However folding them after that... yeah... still a stretch.  Maybe the next day?

So as I collect the sum of all the parts,  I find myself confiding my dizzy and somewhat wobbly nature to Annie, the PA. She absorbed what I was saying and concluded with ordering a scan.  I'll be having a brain MRI later this week.  She also conveys to me that my tumor marker, has started to rise.  Sigh...

Crosby and I "get" each other on a whole new level these days too.  His seizures come in clusters now.  Sometimes within hours of each other.  Sometimes days in between. But as traumatic and hard as they are to witness, and for him to go through, we stick with each other, enjoying our better moments-together.  Rick and I are in the process of getting a consult for Crosby with a Neurologist veterinarian, in the cities. We need guidance in how to truly care for our dog, ensuring quality in his life.

These times, when it seems we can't add anymore?  Grace rises up to meet us, and multiplies the abundant gifts in our ordinary days. We just need eyes to see, as we number our gifts that literally lie at our fingertips.


Annie concludes our appointment, then shares photos with me of her new golden retriever puppy- Grace.  And there it is again- just when I need it.  We talked about hockey, and dogs, and life- the good stuff... with cancer falling to the side again, like chaff from the threshing floor.

So I'm letting go of all of these things... continually letting go.  And I'll embrace the grace, with eyes that see fresh every time I blink and focus anew.


Crosby loves his time outside in the shade. 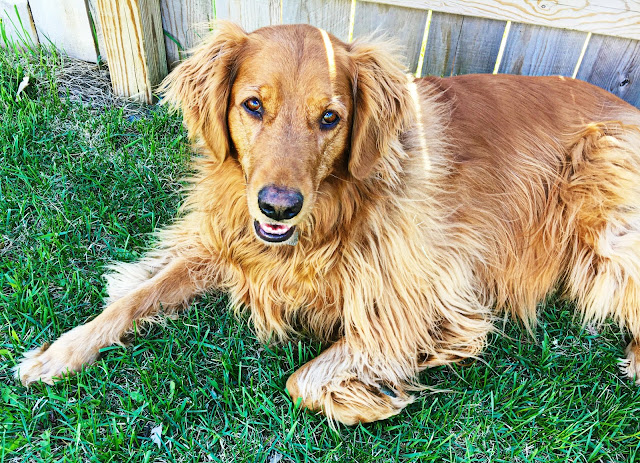 Colton simply wanted to golf with his buddies, on his birthday.  That is one happy kid. 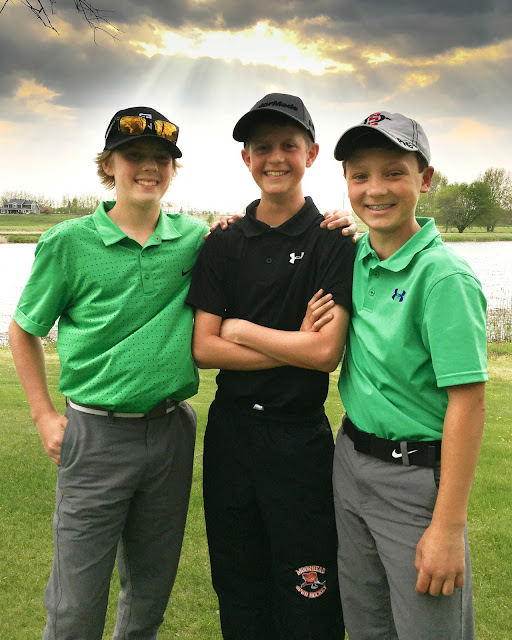 I could do a whole post about the amazing meal sign-up we're just finishing.  Holy cannoli!  We've been filled with comfort foods, deliveries from our favorite restaurants, and surprise meals from people we've never met before.  We were nourished, both physically, and mentally, too. 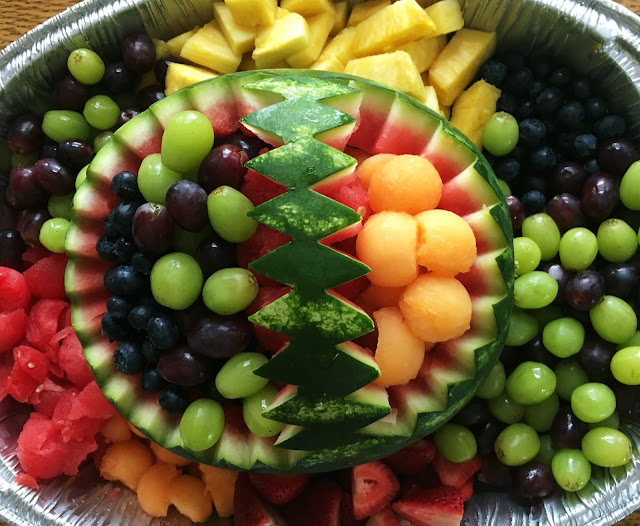 This one just leap-frogged into adulthood!  No, he didn't actually get to road trip to Pittsburgh, but yes he can always dream a big dream, can't he?  Go Pens!! 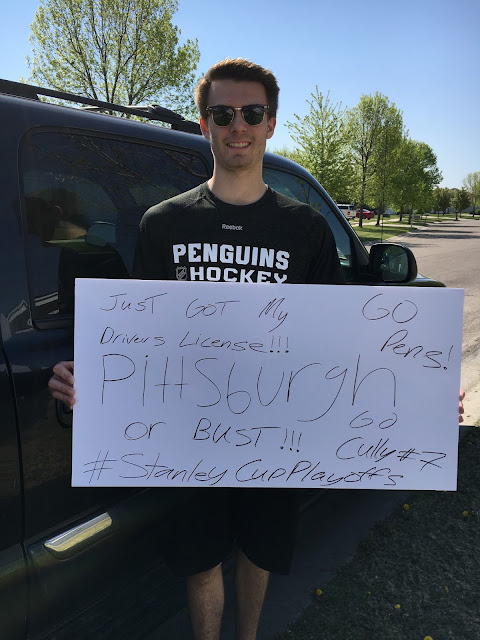 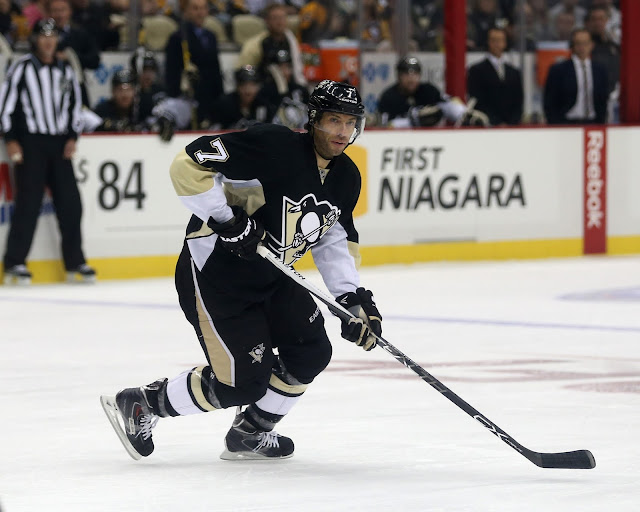 The Star Tribune ran a really great story today about Matt Cullen. It truly exemplifies who both Matt, and his wife Bridget have become and how they truly live the words they say... definitely worth the read!

Rick and I felt lucky to surprise the boys with tickets to a Garth Brooks concert.  They only had one question... who is Garth Brooks? And who goes to Garth Brooks?

So as we were walking up to the Fargo Dome doorway, guess who Nolan saw just off to our side?  A man trying to shield his face.  He was Carson Wentz, the newly drafted Philadelphia Eagles NFL quarterback from North Dakota State University.  Suddenly- Garth Brooks was very cool.

The boys outwardly appeared to enjoy themselves.  My fitbit was registering steps like crazy.  Then this... Garth sings this and with teary eyes, I video a small portion of it.

Looking back on the memory of
the dance we shared 'neath the stars above;
For a moment all the world was right.
How could I have known that you'd ever say goodbye?
And now, I'm glad I didn't know
the way it all would end, the way it all would go.
Our lives are better left to chance;
I could have missed the pain,
but I'd have had to miss the dance...


The concert ends and its a school night so we head home to get the boys to bed.  Rick and I wonder aloud, could we find 2 cheap tickets and go again over the weekend?  And that's when we hear what the boys really think of the concert- a chorus of "Hey me too, I want to go!" rings out and we know we've passed along our love of Garth Brooks to our kids.

These moments are fleeting- but so worthy of collecting- they truly add up to what matters-like Buddha says in the end its these 3 things...

"... How much you loved, how gently you lived, how gracefully you let go of the things not meant for you."