Mass at the Carmelite Monastery starts at 7 am, so we set our alarms for a few minutes after 6.  Its dark outside as we find our way across the path over to the chapel.  As comfortable as I feel inside, I also feel reverence and sacredness throughout the Mass.  The sisters sit behind a screened wall.  We can hear them sing, pray and read, so beautifully, but not see them in any way.

An hour later we scurry out the door, and notice the sun is just coming up over the horizon.  We hurry inside to get some breakfast started, and as the coffee percolates, I slip outdoors as the sun makes its presence known.

To my delight, not only is the horse nearby, in the pasture behind the guest house, but for the first time ever, I see a farm cat sitting pristinely nearby. 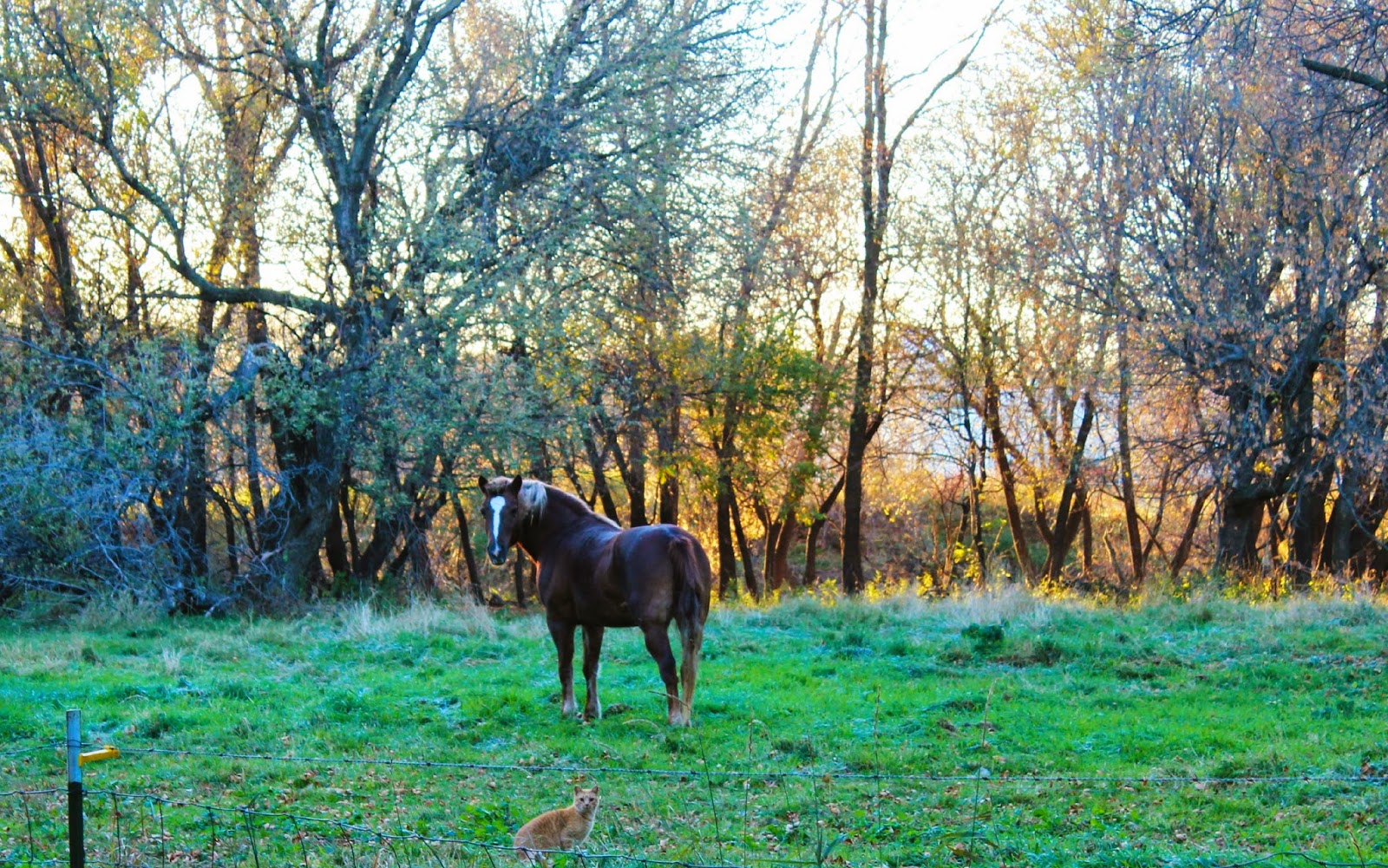 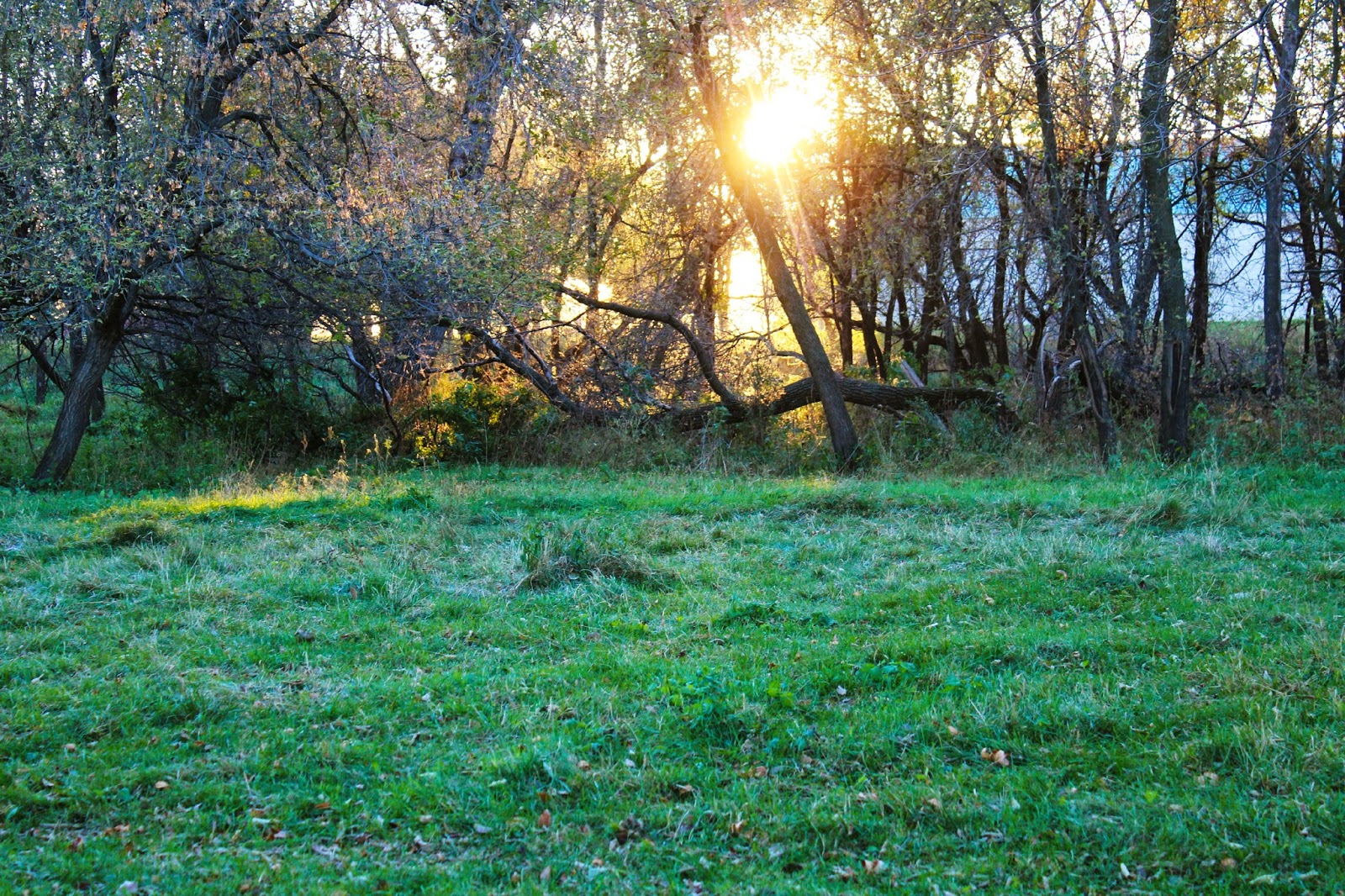 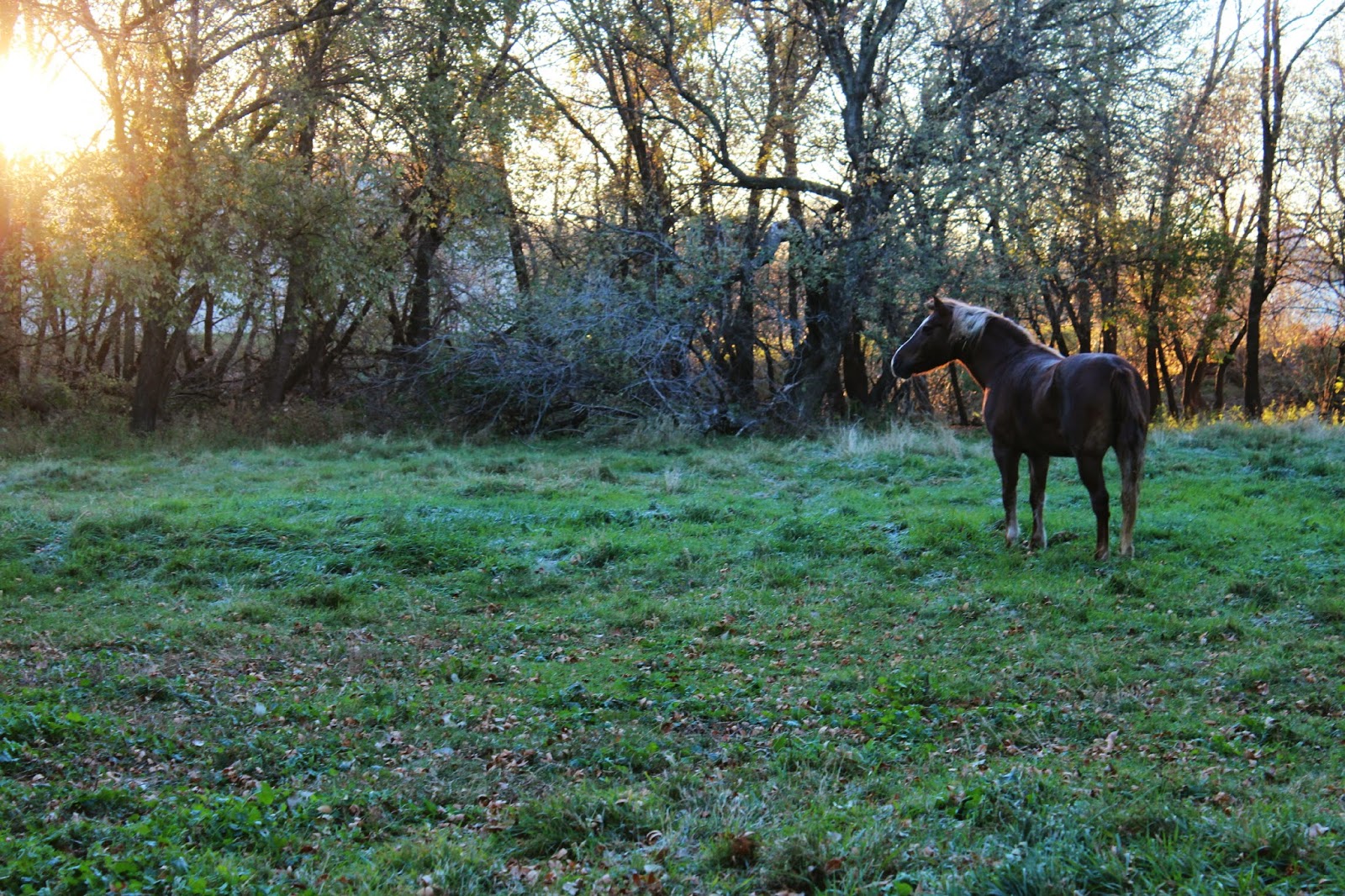 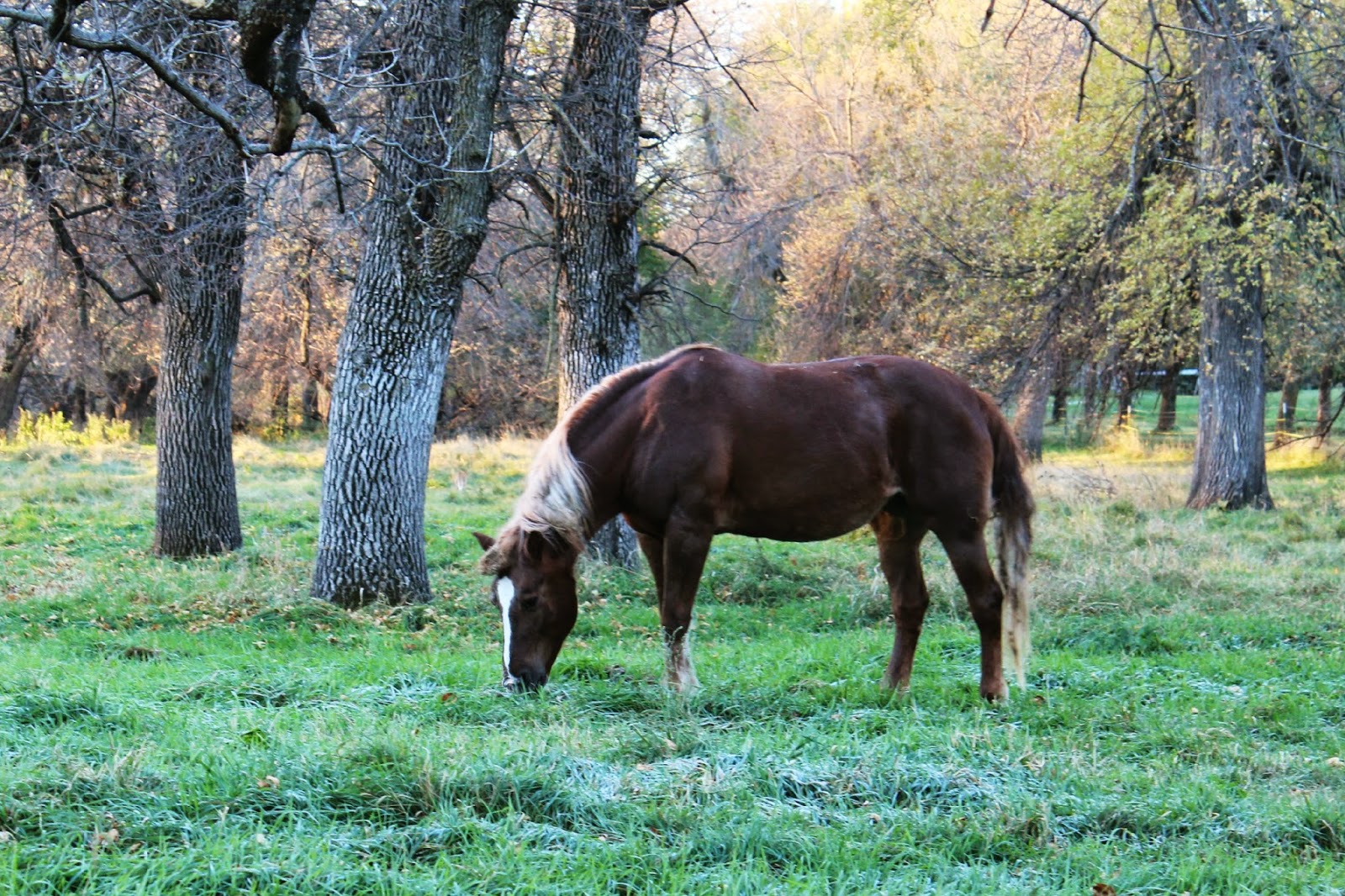 I turn for one last shot, and see the horse, standing, motionless.  We stand in the presence of one another, not uttering a word, or a sound, yet keenly aware of each other.  Somehow, he exudes a quiet and yet sturdy energy and I soak in it, as the sun begins to set his chest ablaze.  I am mesmerized. 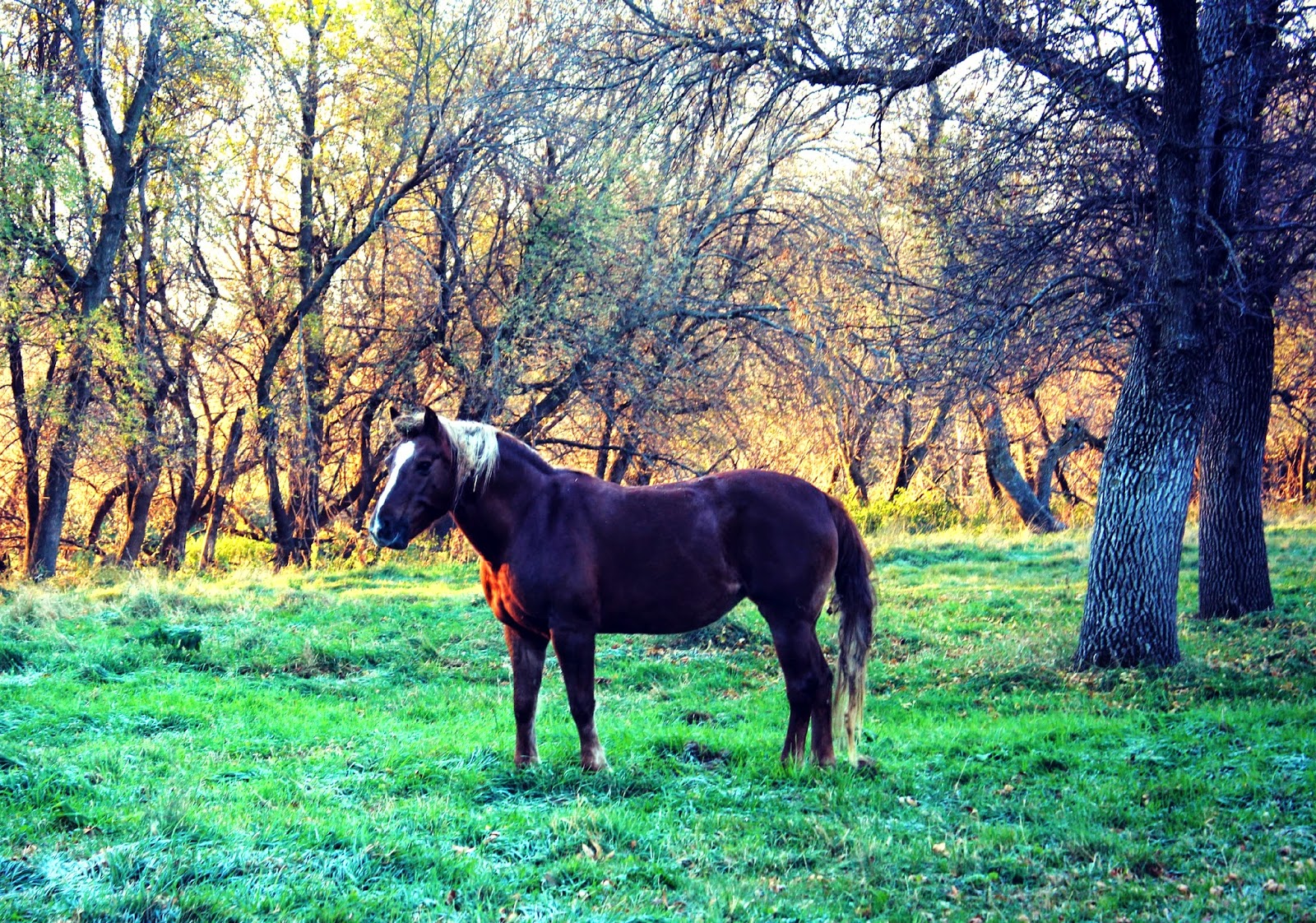 I retrace my steps and look back towards the chapel. I notice the moon still in the sky, while the sun begins to cast a glow on the chapel.  I'm taking all of this in and feeling, peace, and awe all at once. 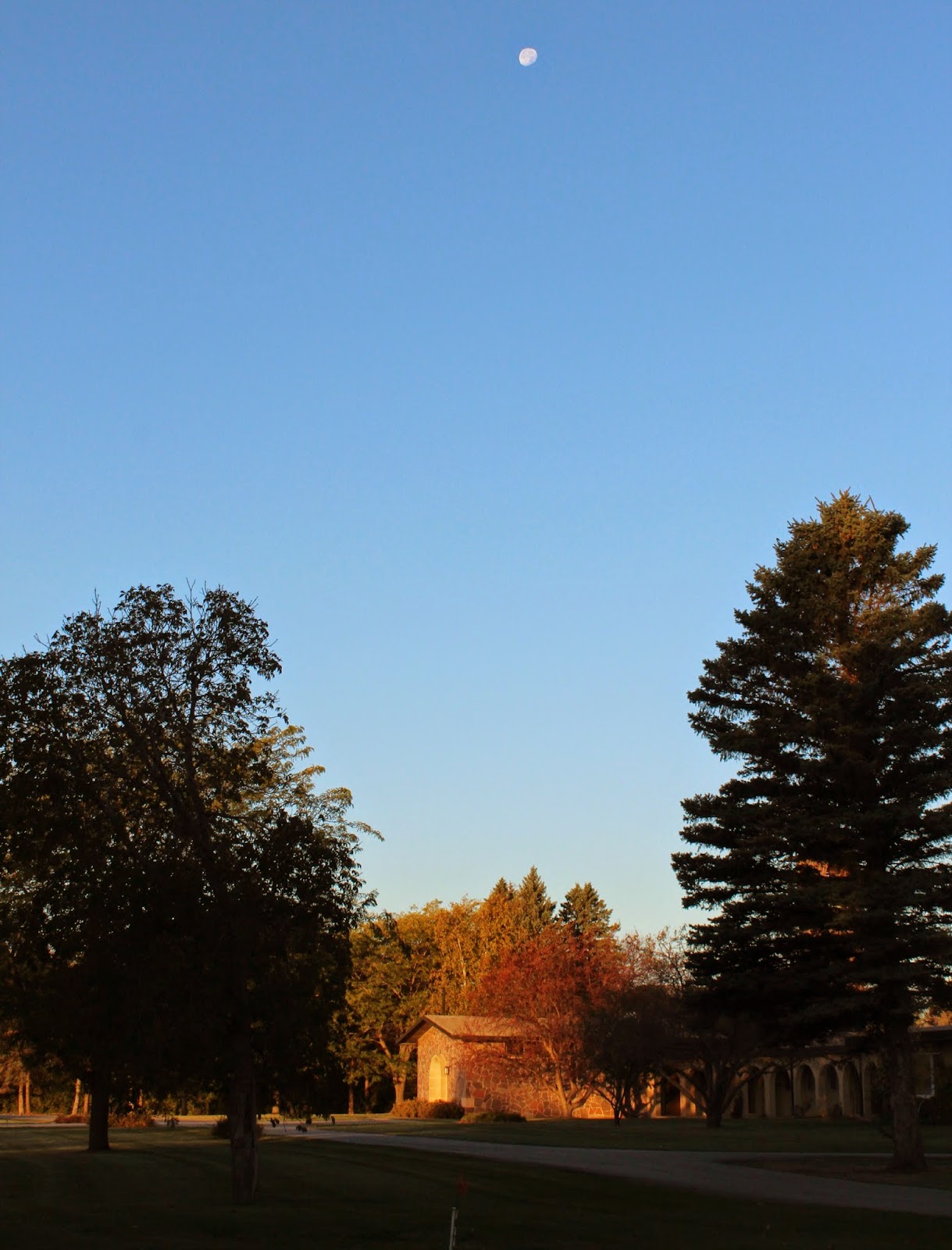 And then my stomach growls, as the chill takes over, and I rejoin Roxane in the warm kitchen for some breakfast.  Soon we will be heading back to a tiny vestibule in the monastery, where Mother Joseph will meet with us.

In the meanwhile, I'm sitting quietly in my room, and reach for a book to read for a bit.  Its my copy of Love Does, by Bob Goff, and I find I can always read for a short bit and fill with something he says, no matter how short the time.

As I go to lift the book from the dresser, something falls and clunks on the floor.  I jump as the noise catches me off guard in such a serene setting.  I pick it up, and have to chuckle.  Its my book mark- the new one, that says "believe."  I have to say I feel this word, suddenly, in a whole new way.

Its not long and Roxane and I are headed over to see Mother Joseph.  We ring the bell as instructed, on the outside of the door, and then enter.  We aren't immediately certain, which room she will appear in, so we stand in the entryway and wait.

I notice a door begin to open, and suddenly Mother Joseph appears, welcoming us to sit.  She sits behind a desk with iron bars that open so we can talk.

Oh where do I begin to describe to you all that is Mother Joseph?  There is such a quiet assurance in her voice.  While she is dressed, head to toe, in her habit, her face radiates such warmth and light, I hardly notice what she wears.  She has a vibrancy to her that is palpable.

And her witty remarks and comments begin immediately, reminding me, of how entirely human she is. We segue from one topic to the next with ease.  I find myself telling her, I am here to see if God has anything to tell me, or show me, as I sit in this period of waiting.

And Mother Joseph says, "Vicky, the sister's and I pray for you often, (she mentions a homily they've just read- then says)  I think what I feel He would want you to do in this time of waiting, is to REST.  Much like Mary held baby Jesus in her arms, on her chest- rest.  Feel all that love and comfort, from that place of rest."

I've said this before.  My words escape me, when I am at Carmel.  My minds slows, and I don't think long and hard about much of anything.  I tend to just "be."

And from what Mother Joseph has just shared with me, I sink further into letting go.

The hour we have with her, quickly passes.  Mother Joseph has imparted such soothing words for hard times.  As we stand to leave, she accepts a hug from each of us.  Its an embrace that reached all the way around and I leave feeling refreshed.

I'll be leaving in a few hours myself.  With the sky so blue, and the light still pouring in, I go off back behind the guest house. 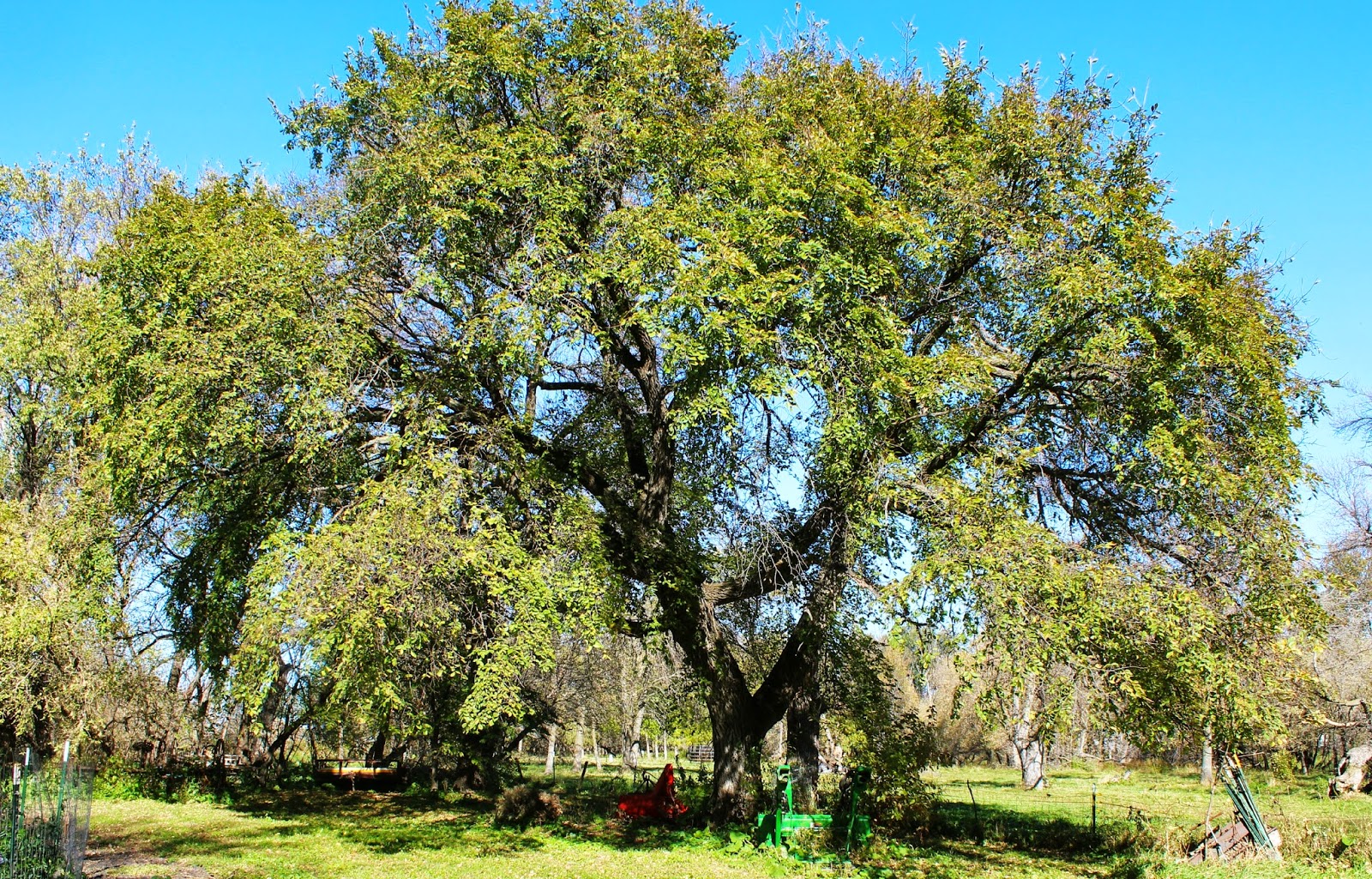 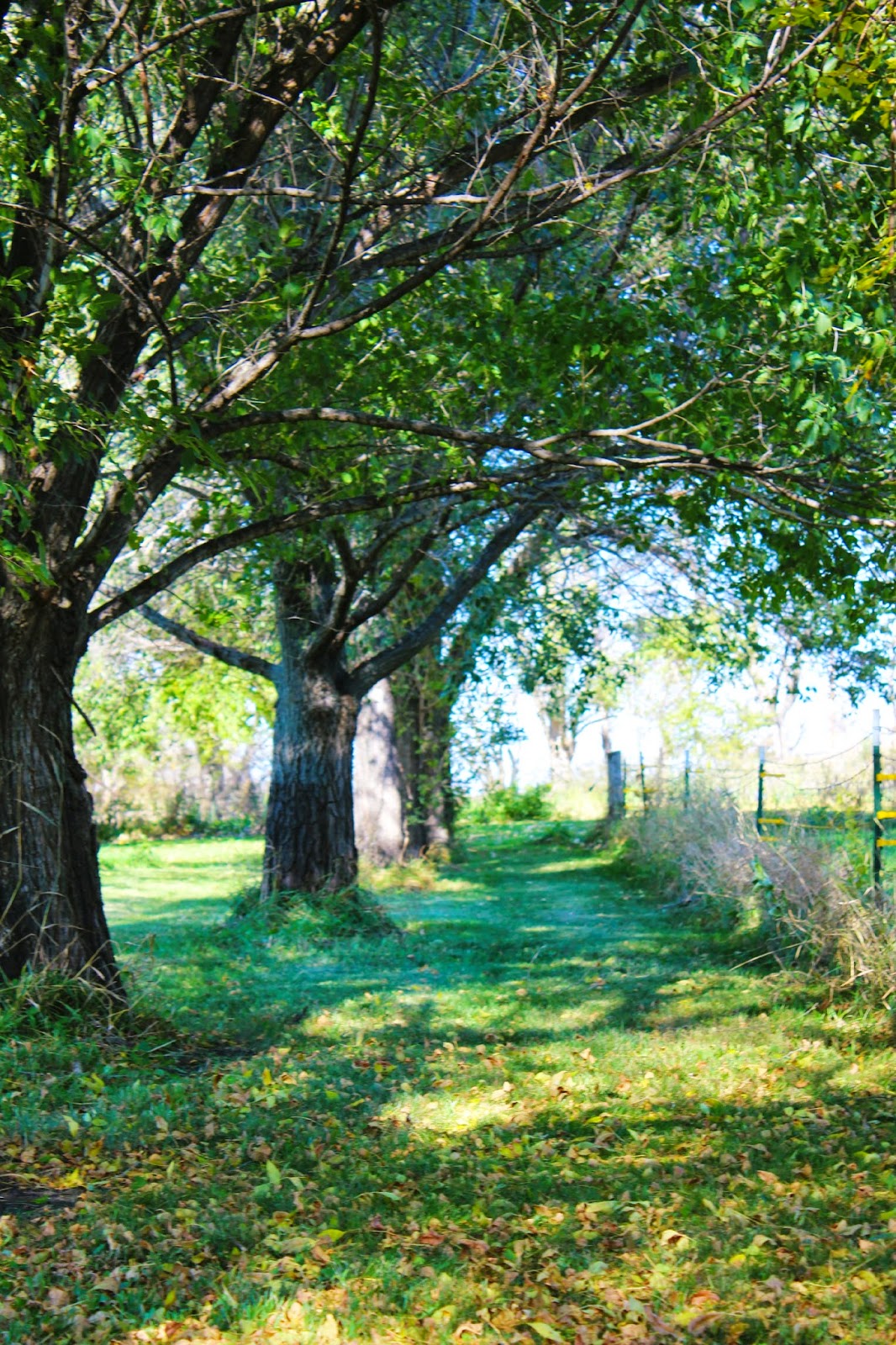 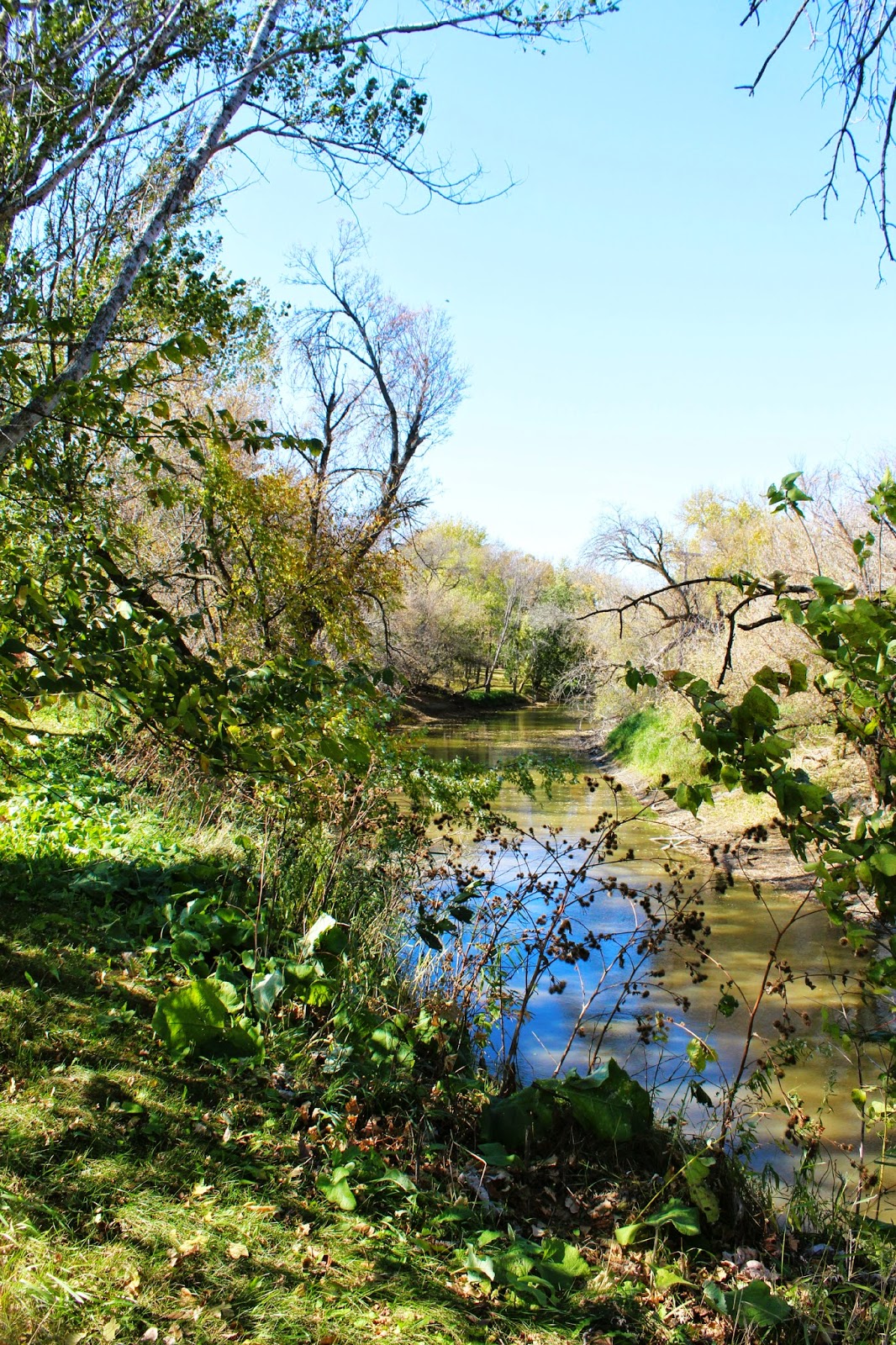 Then I circle around the front by the pond again. I'm always amazed at how I see it with new eyes no matter how many times I walk through the grounds. 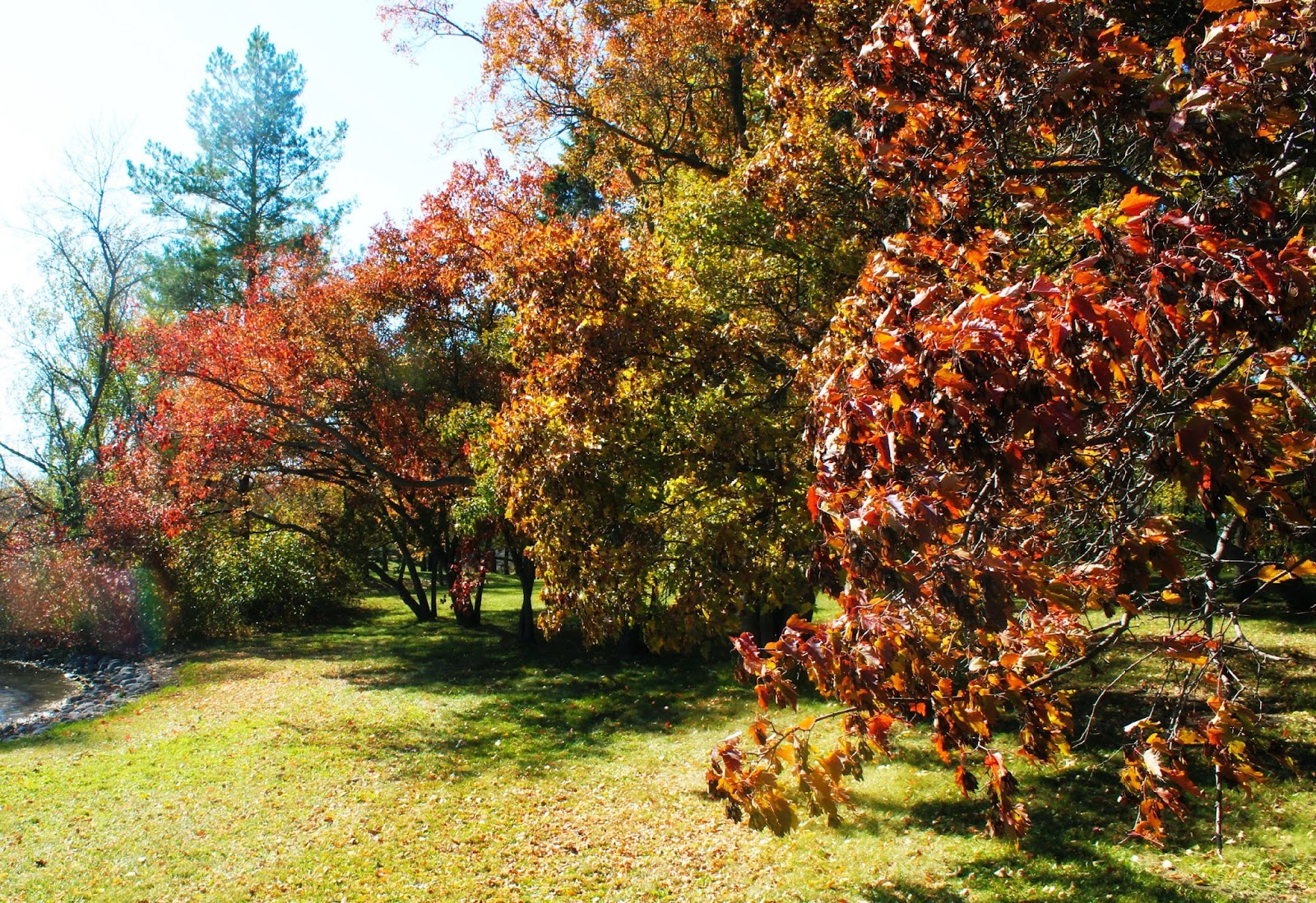 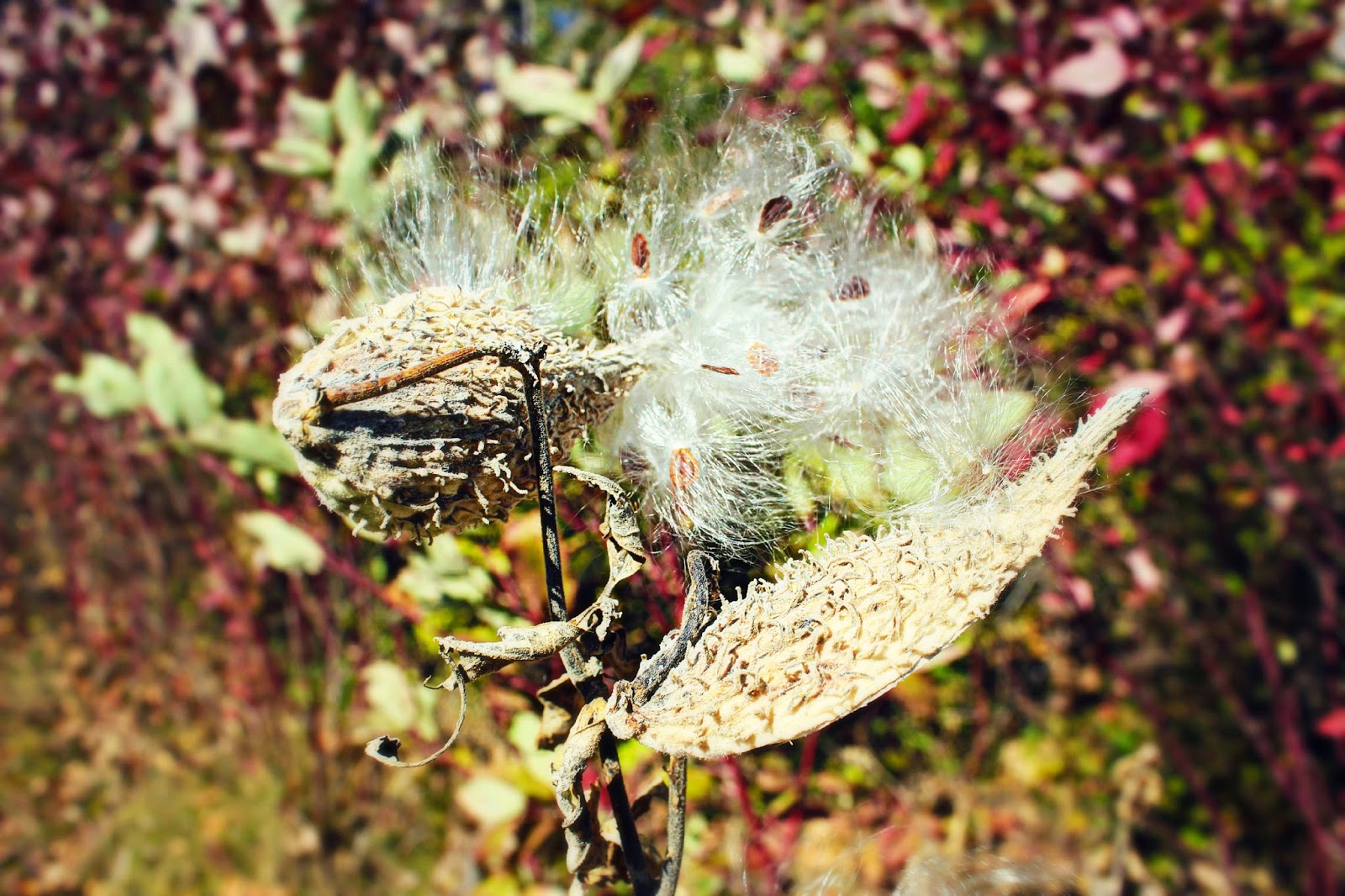 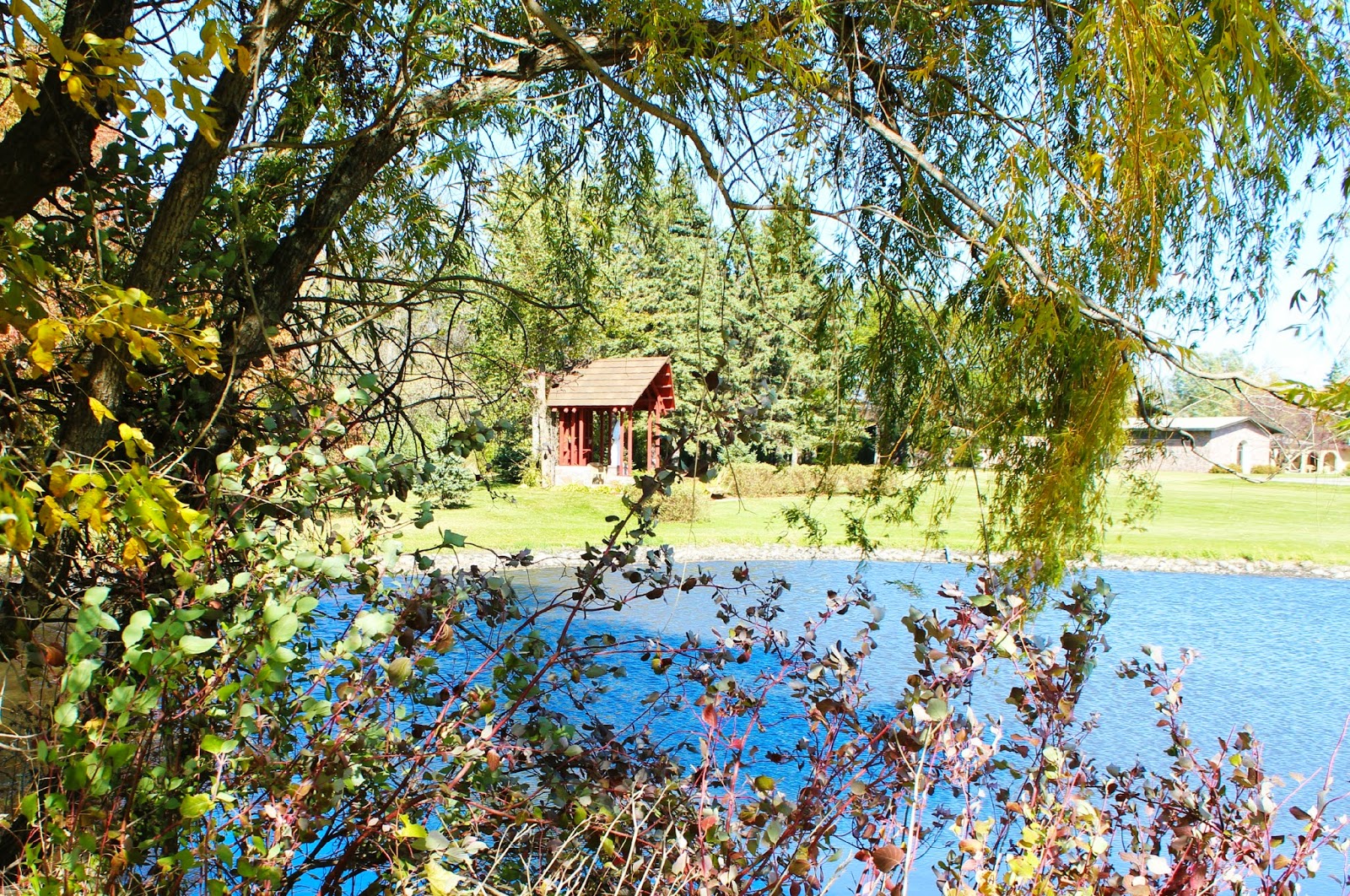 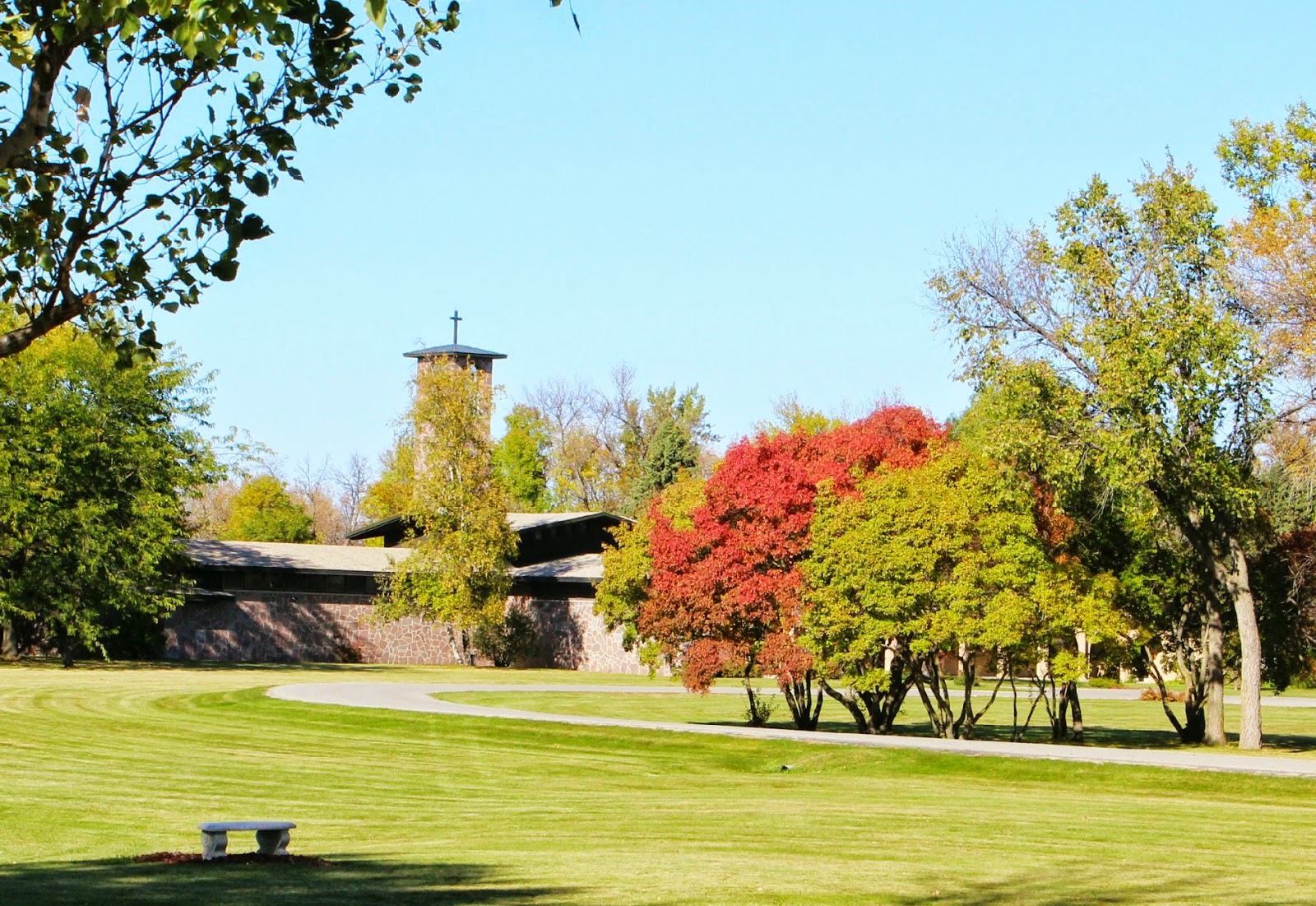 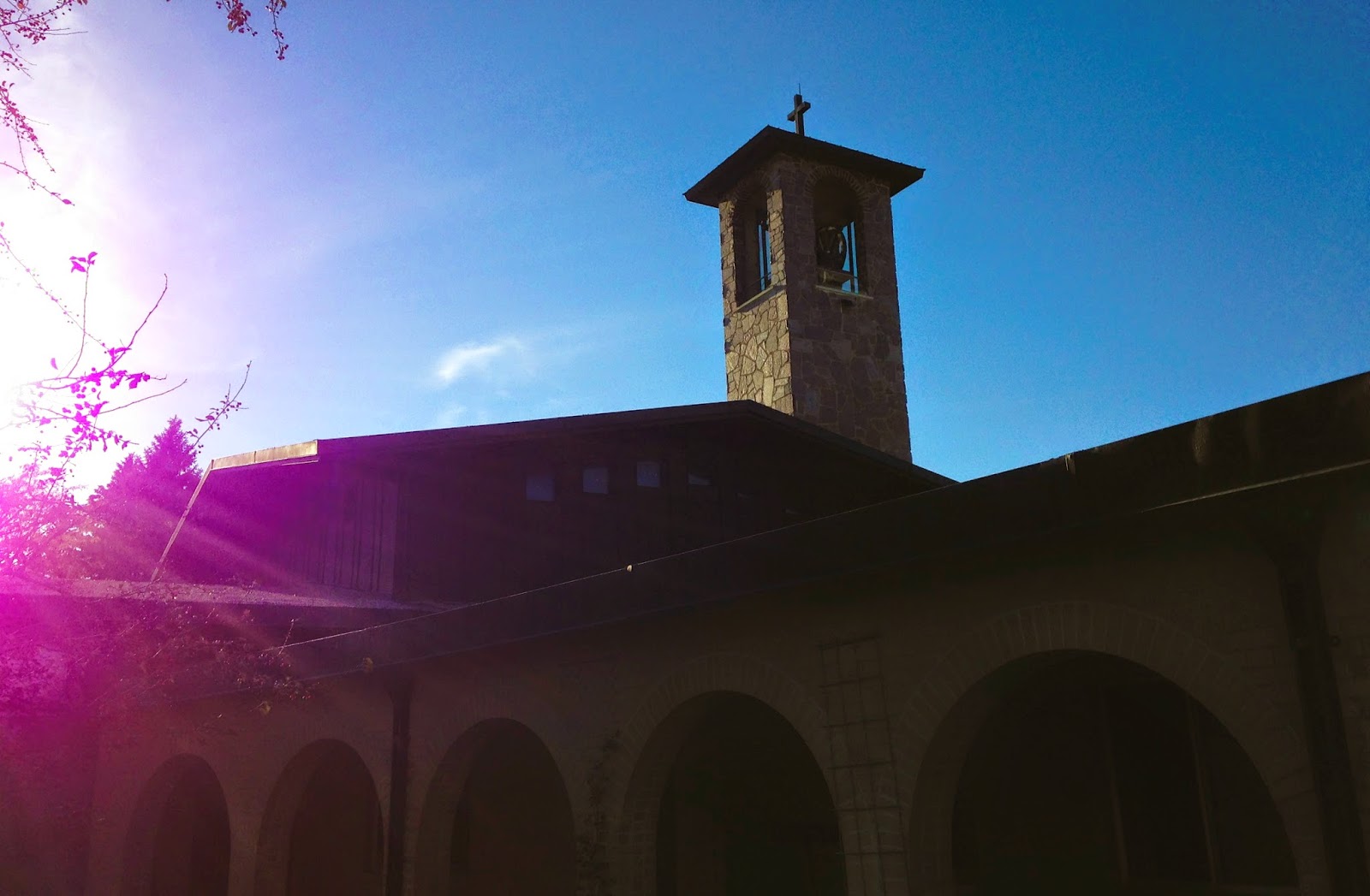 All too soon, Rick arrives to pick me up.  I grab my bags, and stuff my two words inside, "rest," and "believe," and we drive off into the future of all our tomorrows.