When blessings and sorrows intermingle...

I have a complete swirl going around in my brain.  As I sat trying to pull it all together I was struck by the sheer volume of activities we attended these past few days, and the storm of emotions that surrounded parts of that.

Deciding to center myself before I got too far into my day this morning, I picked up my Jesus Calling devotional, by Sarah Young.

"...Walk with Me along the high road of thanksgiving, and you will find all the delights I have made ready for you. To protect your thankfulness, you must remember that you reside in a fallen world, where blessings and sorrows intermingle freely...

We had 5 hockey games between the two boys, 1 parent social for hockey, and I ended the weekend attending the Moorhead High School performance of Jesus Christ Superstar with a group of girlfriends last night.

The play was fantastic.  I've heard huge accolades for the performances by many who have attended.  The entire production and ensemble was just spectacular!  Rick shot photos for the high school activities office and shared these with me from the first act. 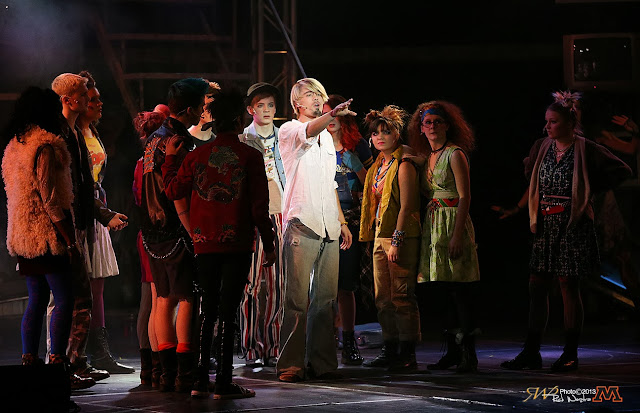 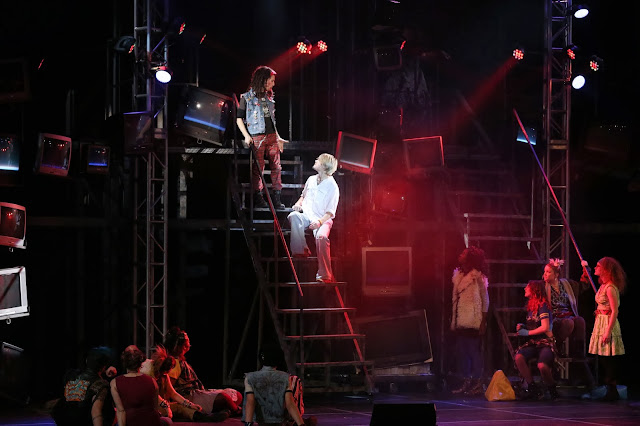 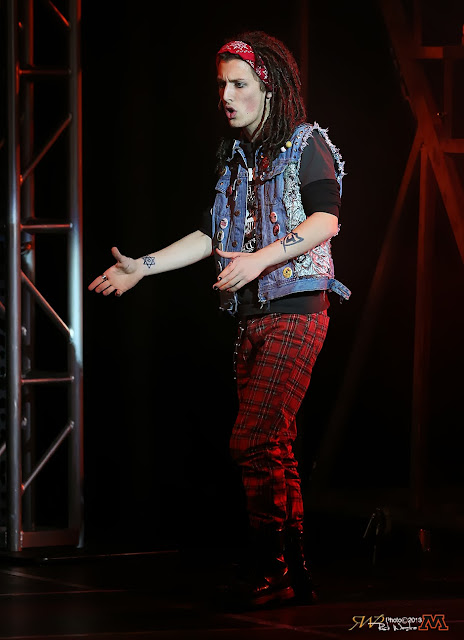 (The young man in white, playing Jesus reminded me of someone…) 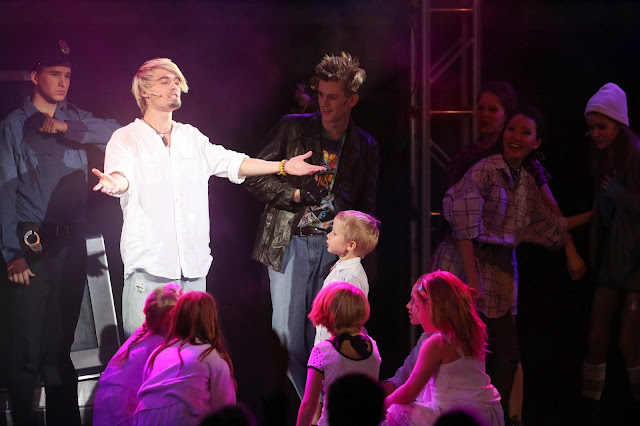 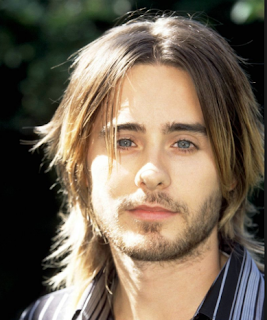 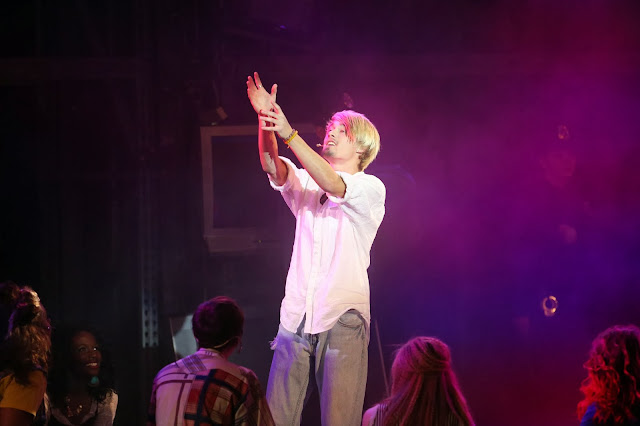 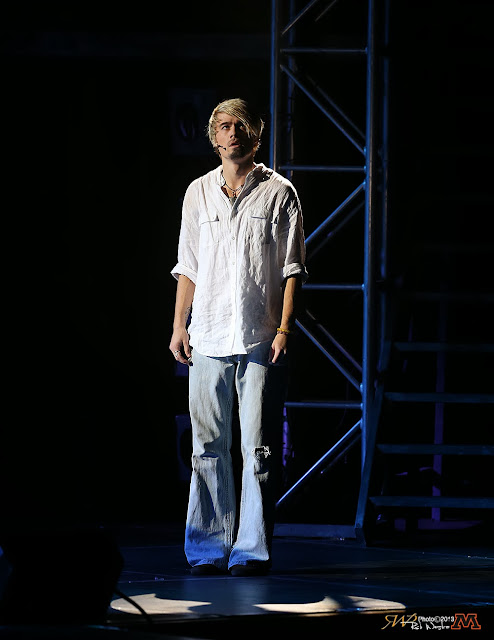 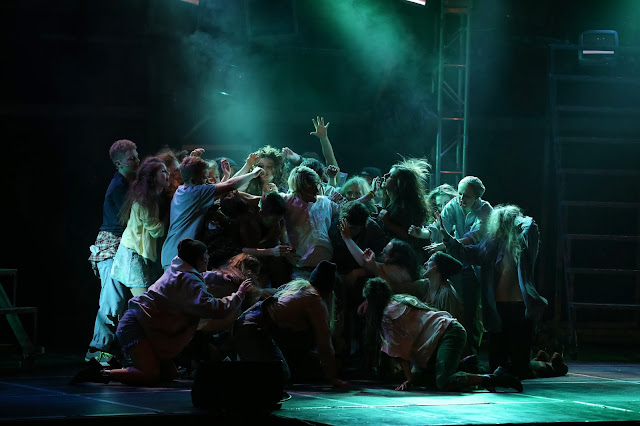 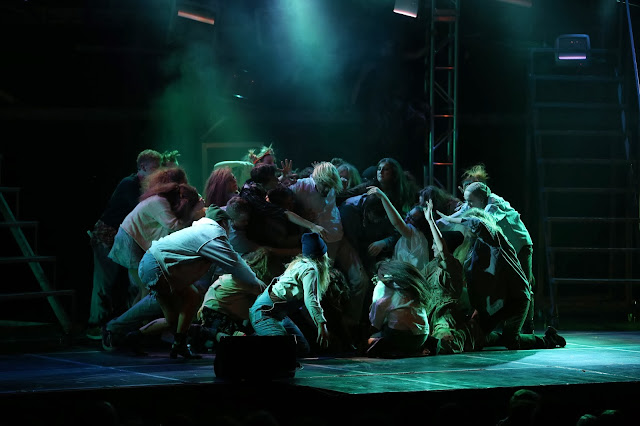 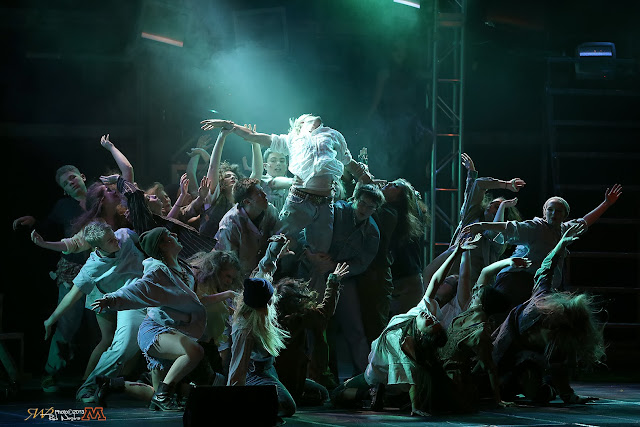 There were some intense, graphic scenes, with stark and edgy images.  While at times I would be shrinking back in angst and sadness, at others, the sheer compassion and empathy I felt drew me in.  There were also many beautiful moments of dance and artistry that were beyond words.  Many in the audience were moved to tears by the end of the performance.

The rest of the weekend was spent at the hockey rink.

One part of spending so many hours at the ice arena, is never knowing who you might run into.  Jordy Christian was our boys favorite high school hockey player for so many years.  My boys have worshipped him since they were 3 and 5 years old.  This summer he coached Nolan and his team.  Jordy has recently gotten married to beautiful Jessica, and started a new career a couple of hours from here.

While acknowledging the talent and skill he has as both a hockey player and coach, what has always drawn my "mother" heart to him, is that he is exactly the kind of man I want my boys to grow to be some day.

So my mother heart was devastated to hear that Jordy's long time neighbor and family friend, had been diagnosed with pancreatic cancer just two weeks ago, and she passed away earlier this week.  She was laid to rest earlier the day I saw him.

So he did, the very thing, that I've always said nourishes me and sustains me.  He went to his second "home," the hockey arena- filled with a community who would help him keep moving forward through the fog of grief he and his family are surrounded by.

And what was the one thing providing him and his family with a semblance of peace?  That they all knew where their friend was- in her eternal home with Jesus.  Jordy's faith runs deep and so did his friends.

It also just so happens that Jordy's neighbor and friend?  Was an oncology nurse.  And who did Jordy see walking by on the 7th floor at the hospital?  Dr. Panwalkar.

My world continues to shrink and expand.  Will you join me in keeping the Christian Family in your prayers while they mourn the loss of their longtime friend? 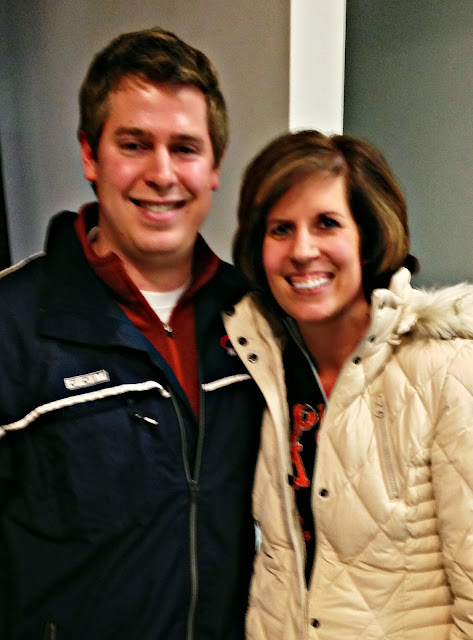 This boy had an awesomely fun weekend playing hockey.  His team won 2 games and tied one.  We had a wonderful time hanging out at a hockey social with the other parents of the team.  With the vulnerability I feel on a daily basis, its supportive to feel like others are willing to embrace us when our "blessings and sorrow intermingle." 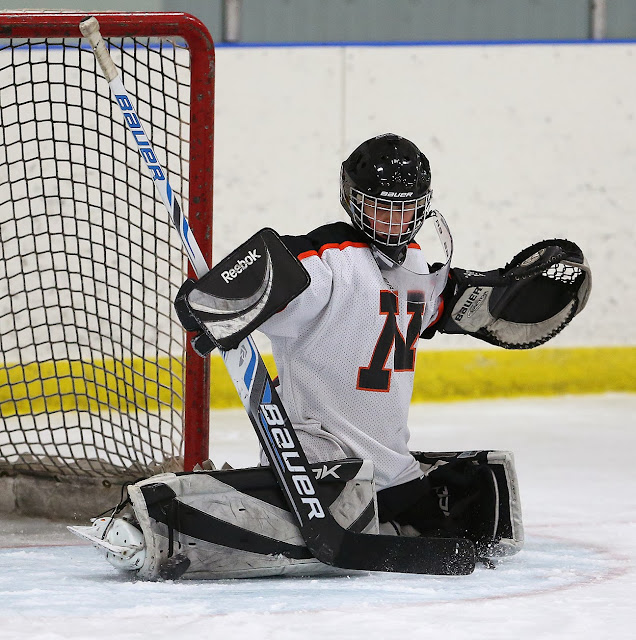 I was more than ready to call it a night when I arrived home last night after the play.  But Rick was waiting up, ready to talk.

It's Nolan, he said.  He'd spent hours after hockey last night, trying to console him, to counsel him, to help him through a rough patch.  It started with another coach that Nolan had last summer, who was killed by a train last week.  Nolan's been struggling with coming to some understanding about this.  Some very adult concepts are working their way into his very young teen life and his emotions haven't matured enough to cope with all of it.

He is adding this to so much "new" to contend with this hockey season.  A new team, filled with boys in 8th and 9th grade, that he doesn't know well.  He's been challenged.  He is trying to find his place.  To fit in.  To feel like he belongs.

Thank goodness he still feels we are his soft place to fall.

I encircle my big boy before bed, in a strong embrace, that encircles all the way around.  Praying he knows, he matters, and believes- all shall be well.