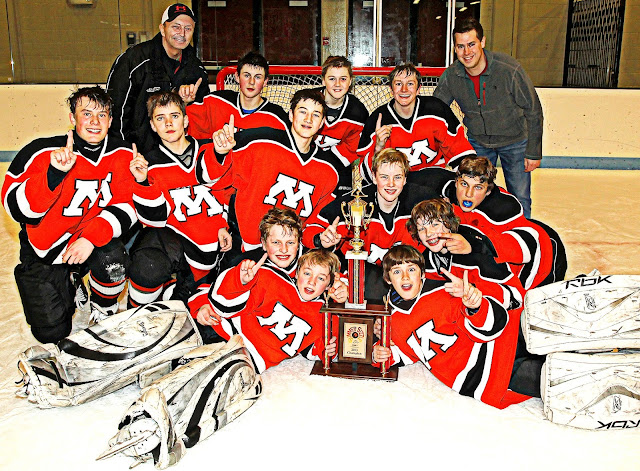 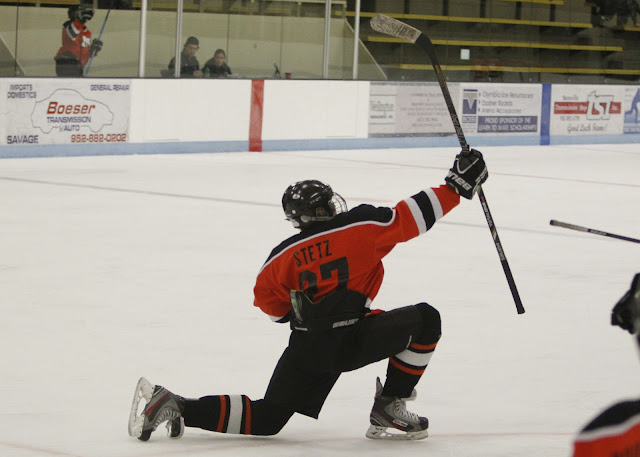 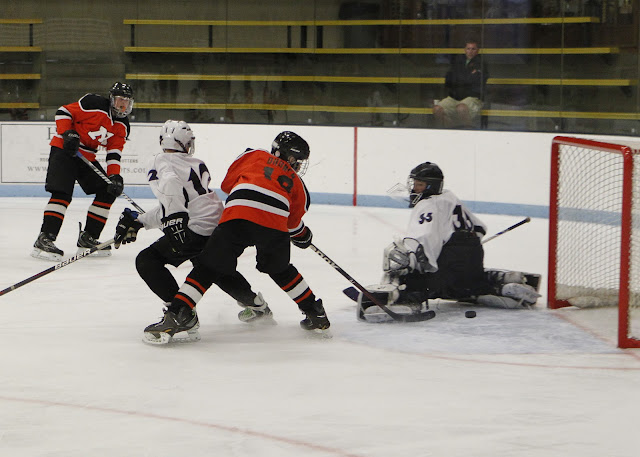 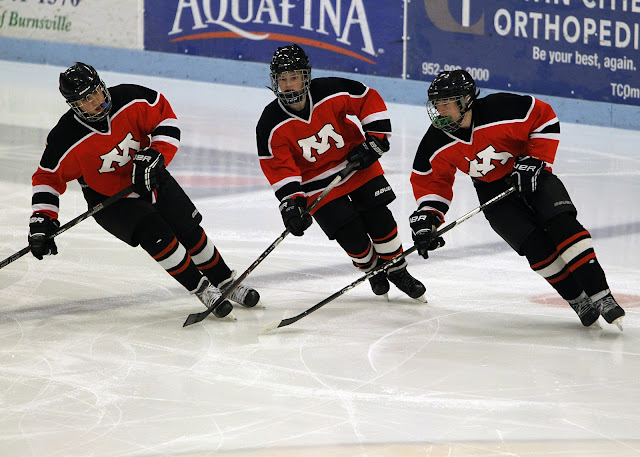 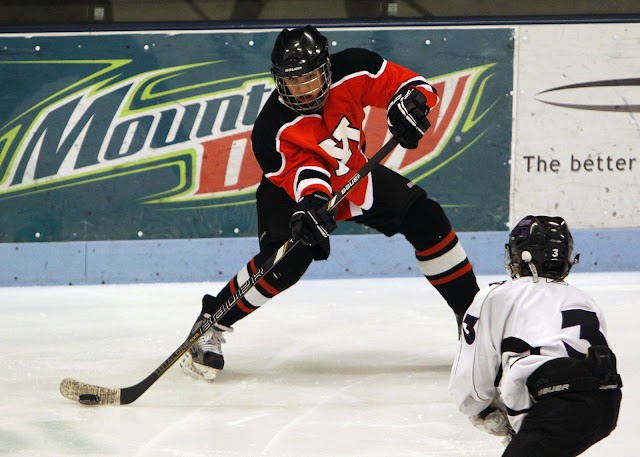 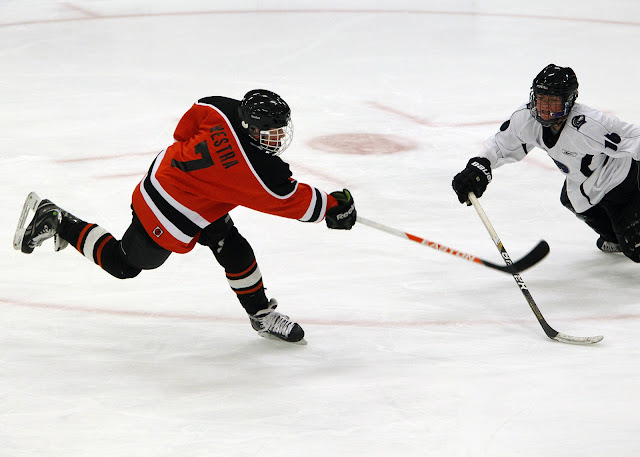 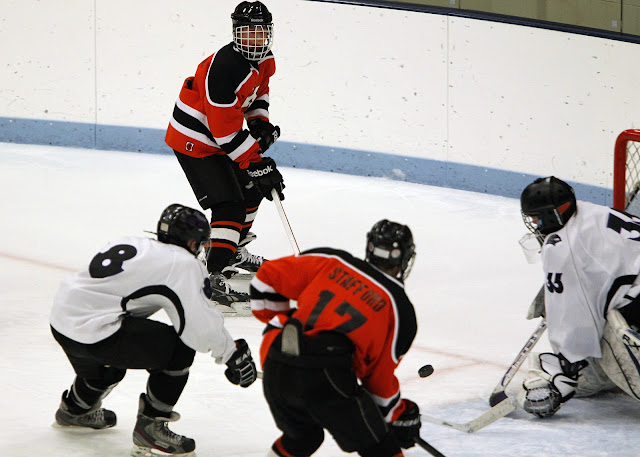 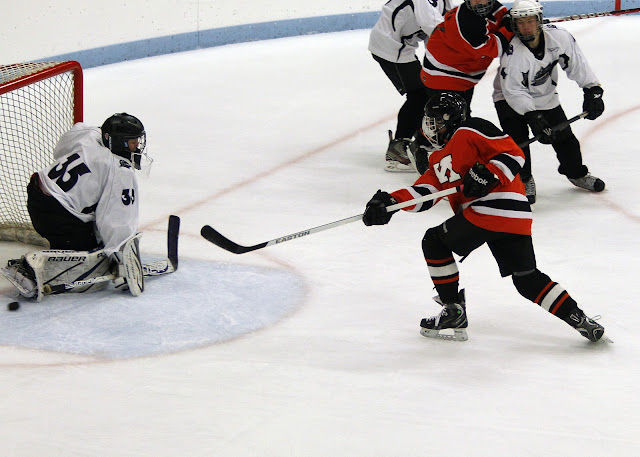 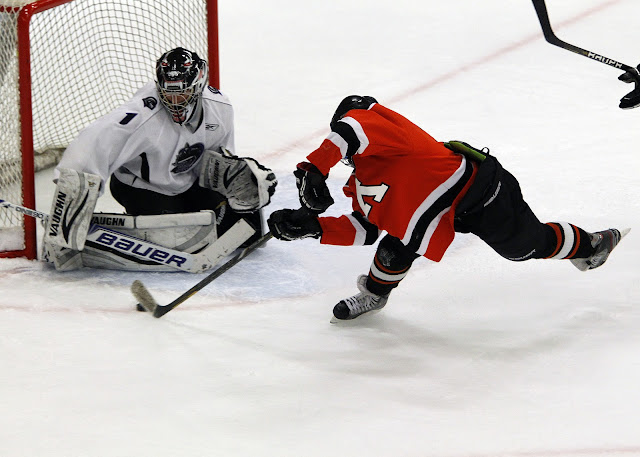 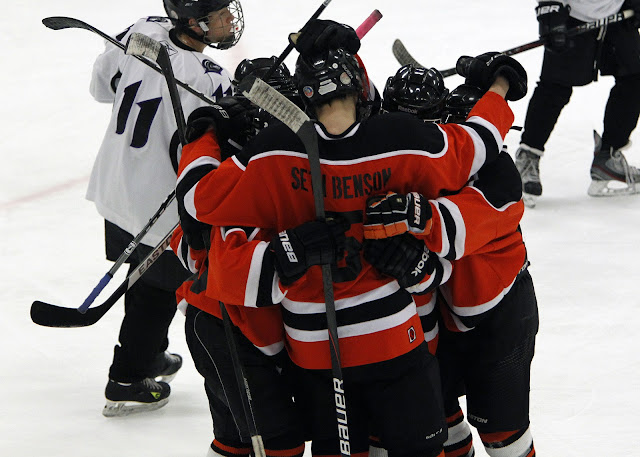 Nolan's triple A hockey team, The Jr. Spuds,  played in the Summer Sizzle this weekend in Burnsville. With just 10 players, 2 goalies and 3 coaches- the team went undefeated all 6 games and won the
championship last night!  Way to go boys!

Colton and I spent the weekend in town so that he could go to his own hockey practice.  This is the first spring we've had both boys play a spring league.  Rick helped organize one for Nolan, and another Dad, Ron, helped organize a team for Colton.  We feel so lucky to have this opportunity. 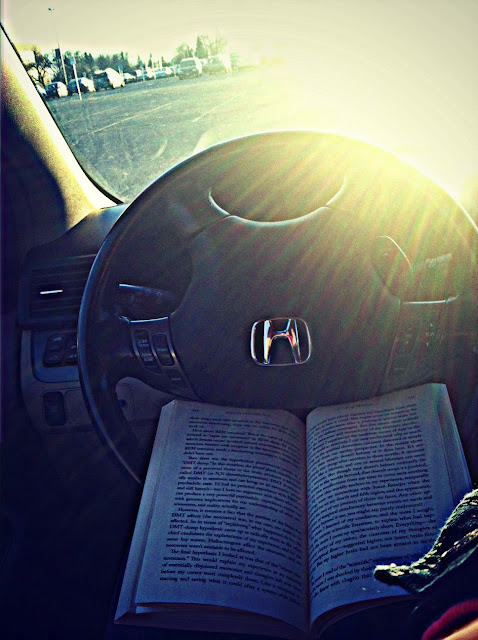 I spent my time during practice warmed by the sun streaming in the car as I read my book... pure bliss.

It finally warmed up!  We skipped past the 50's altogether last weekend and flew right into the 60's.  It was gloriously warm and spring-like.  The river has been climbing in leaps and bounds.  What was originally forecast to be a record-breaking flood, has been scaled back to a more modest one. 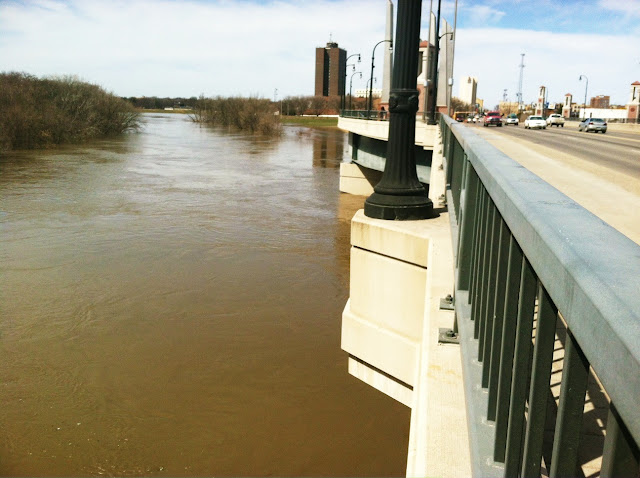 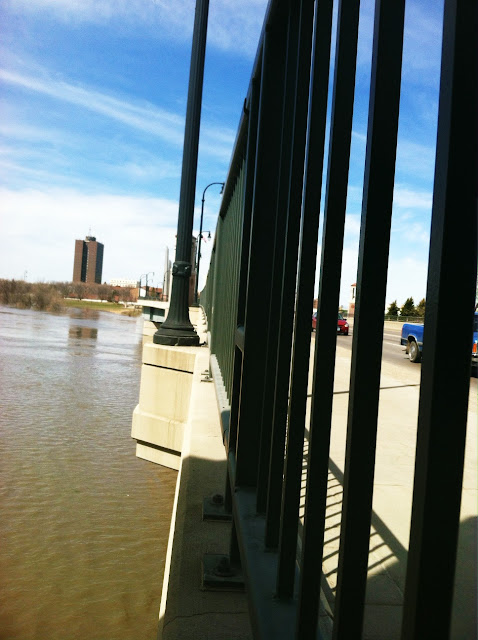 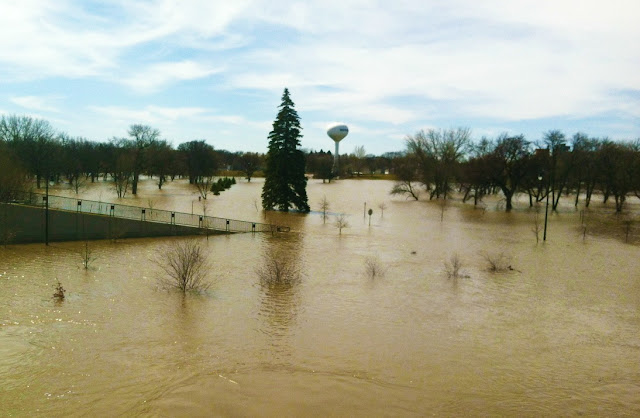 I have started feeling a bit better.  I am due to go back in for infusion tomorrow and see Dr. Panwalkar too.  We'll see what my blood counts look like and whether I can begin round 2 of Xeloda.

While the boys played hockey, and Rick traveled to Idaho, I have been on a quest to figure out what I am going to say...

I was so honored to be asked to speak at our church next Saturday.  Our Women's group has asked me to share my personal faith story with them at a brunch.  I wouldn't call myself a speaker- but I don't feel like just because I am nervous about doing it, that I should let that stop me.

But as I jumped into writing last week, I was struck by how much has happened and how much there is  to sift through and make sense out of.  I have an entire file box filled with prescriptions, summaries of my appointments, side effect sheets from all the chemos, insurance filings, letters, cards, etc.

On the surface you could call it my "cancer box."  But what I've really come to realize it called also be called my "God box." More to come... as I slowly sort through it all and pray a cohesive message comes together by Saturday.